Gift Ideas » Funny & Leisure » The Origins and History of Alcohol The Origins and History of Alcohol

Normally when we imbibe in today’s alcoholic beverages, we seldom think about the means it took to get that delicious liquid to the bar counter and down the hatch. We were quite curious about the origins and history of alcohol and thought a simple infographic might be the key to a greater appreciation for the journey all of these liquors have been on.
From the far corners of the Earth and spanning through different time periods, alcoholic beverages have come into existence, just like tiny little miracles. All the way from Asia, to Ireland, to Mexico, each one has a unique history, some being more mysterious than others. What we do know and can all agree however is that now we love to enjoy them anywhere and at any time.

The history of alcohol seems to begin with mead, and it is a general consensus that it is in fact the grandfather of all fermented alcohols. Crafted from yeast, honey, and water this simple alcoholic drink has been consumed by royalty, made appearances in classic literature, and said to be “a gift from the heavens.” With evidence of it being around for thousands and thousands of years and quite possibly the oldest alcoholic beverage around, people are still consuming mead, this nectar of the gods, today, and it has made quite the comeback in recent years with almost 250 meaderies in the U.S. alone.

The History of Wine and Beer 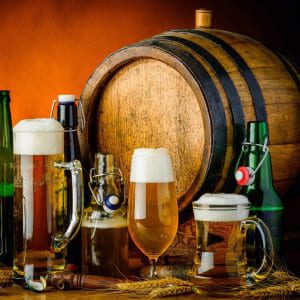 Two of the most consumed alcoholic beverages on the planet, early evidence of both wine and beer are littered all over the place. However, wine as we know it today, that is wine derived from grapes, and beer crafted with barley both have roots dating all the way back to the B.C. period and both with connections to the Zagros Mountains in Iran. We’re just thankful that these two beauties were able to be transformed and crafted into the many variations that we know and love today.

When it comes to the history of alcoholic beverages a lot of heated debate has taken place over that of vodka. Most scholars agree that it did in fact originate in Eastern Europe and it has been pinpointed to have either been first produced in Poland during the 8th century or Russia during the 9th century. Vodka’s early years were also a lot different that they are today. While we like to enjoy them in our martinis and white russians now, vodka was originally only used as a medicine and would have had a much different flavor and even color than it does now. Personally, we love you any way, Vodka.

Whiskey, or whisky, depending on where you are, is believed by most to have originated in Scotland. However, the first written record traces back to Ireland in the year of 1405 and it was then dubbed, aqua vitae, translating to “water of life”. Now whenever you order a whiskey you can tell everybody that you’re just drinking the water of life and impress everyone around you with your vast liquor knowledge. Fun fact, distilling whiskey pretty much results in a liquor very similar to vodka however it’s aging process in barrels alters its taste and color. Whiskey’s popularity remains evident with four variations (bourbon, scotch, rye, and Irish), all with different flavors and geographical distilling locations that makes each have a distinct set of characteristics.

Derived from the blue agave plant, tequila is first thought to have been produced in the city of Tequila, Mexico although it had not yet been deemed an official city. The Aztec people have also been recorded as fermenting alcohol from the agave plant even earlier. Mass production of the distilled spirit began around 1600 in the territory of modern day Jalisco. Tequila now has three different categories, blanco which is un-aged tequila, Reposado which is aged in a barrel for 2-12 months and then Anejo which is aged for 1-3 years.

Gin was first created in Holland by physician Franciscus Sylvius as a medicine. It was sold in pharmacies and was said to relieve kidney and stomach ailments as well as gallstones and gout. The juniper berry which gin is derived from was said to have medicinal qualities which contributed to its popularity. Gin gained substantial popularity in 17th century England during the reign of William of Orange and continued to grow birthing a “Gin Craze.” While it lost it’s medicinal credibility (but hey, we aren’t ones to judge) this juniper berry treat is still enjoyed in high quantity. Gin and tonic, anyone? 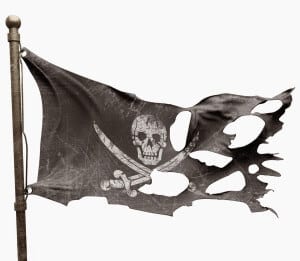 Although documentation of rum dates back to as early as the 14th century, the first distillation took place in the Caribbean. If you have seen any of the Pirates of the Caribbean movies you know that rum was one crazy drink. Heck, if you don’t use a little bit of pirate jargon while consuming this alcoholic beverage, then you don’t deserve it! When it was discovered on sugarcane plantations that molasses had the capability to be fermented into alcohol it was then distilled to remove impurities and thus our friend Rum was officially born.

With nearly 100 million consumers of liquor from 2008 to 2014 in the United States and almost 50 billion dollars in beer, wine, and liquor stores in the U.S. from 1992 to 2013, it is safe to say that we humans still love to drink! And with 1.5 new breweries opening everyday here in the U.S I am sure we are in for a plethora of exciting new variations of beer, it seems we are going through an exciting alcohol revolution. And while the history of alcohol is a rich one, with everything from cupcake vodka to a rum and whiskey hybrid, somehow we continue to one up ourselves and we aren’t complaining.