The World Wide History of Wine

Wine is as old as civilization, agriculture, and fine cuisine. In fact, it is nearly as old as humanity itself. Wine is fascinating especially when you look at how many brands have been created since that first bottle.

The History of Wine in the Middle East

The first production of wine is believed to have been in Iran and the state of Georgia dating 5,000 BC, archaeologists believe wine has been created since the domestication of grapevines in the early ages. Wine was widely traded in the Middle East in the ancient times by the Islam and Aramaic merchants, and in the 6th century people were producing wines from dates and even honey.

Over the years the laws in Islam were changing. In the 7th century the production of alcoholic drinks was banned—that meant that wine could no longer be produced legally. The owners of vineyards were forced to lease these lands, which were in turn used to produce wine used as sacraments or for making medicines. Quickly, however, Christians in the Middle East found the wine business lucrative, and they began cultivating the grapes for trade.

The History of Wine in Egypt

The history of wine has also been traced to Egypt. In this land, this account has become widely celebrated, since they consider it to play a major role in their country’s history.

The many years of grape domestication played a significant role in the Egyptian’s history and ceremonial events. Startlingly, the history of wine dates back to 300 BC, and it is believed that wine was traded between Egypt and Canaan even around 2575 BC. 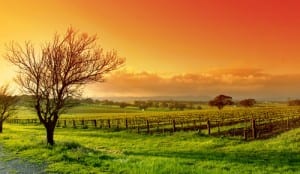 According to hieroglyphs on the walls of tombs, different types of wines were produced. In ancient Egypt, however, the wine that was produced was most often red. Archaeologists found containers of wine, which made it quite clear that wine was created in ancient times. Wine is even said to have been the most valuable type of drink in ancient Egypt.

On the Mediterranean’s coastal cities and villages, many people were known to indulge often in red wine, as it was viewed as a relaxation drink. This wine also brought about levels of superstition, since its red color resembled blood. Some ancient kings, in fact, refused to imbibe, as they perceived that red wine was the blood of the earlier people who had fought against the gods and lost. Those defeated and killed by the gods were believed to have joined the earth below, and vines harboring grapes grew from this bloodshed.

The History of Wine in China

Wine is believed to have been in existence in China since the Han dynasty. Grapes grown in the wild were used to make wine before grapevines were domesticated and cultivated. The most common and popular wine in China was rice wine. People then viewed wine as exotic, and, therefore, it was only for the wealthy and famous. Wine in early China was for the emperor’s table alone and was viewed as a status symbol.

In the 1280s, however, wine became widely acceptable in China by all the social classes. People began to drink it when playing games—especially chess. Wine was also consumed on other occasions as well,especially while meditating or socializing. So, instead of being a status symbol, wine had become a widely acceptable drink for nearly any occasion.

The History of Wine in Ancient Greece

It is quite clear that the grapes that are widely grown today are similar to the ones that were grown in the olden days of Greece. Many wine varieties in modern Greece are extraordinarily popular, which has caused some to believe that the popularity of wines produced in Greece must mean wines have been produced there since ancient times. Importantly, vineyards in Greece have been passed from generation to generation of wine producers—so it’s all in the family! 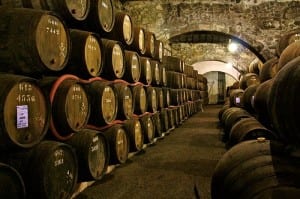 The distinct taste of wine produced in modern Greece is supposed to have come from the resin covered wine mugs and jugs. While archaeologists and writers have come up with different findings, one Roman writer explained that during the olden times in Greece, wine was partially dehydrated using gypsum before the fermentation process. He also points out that the ancient Greeks added lime, in order to reduce the acid content in wine itself. While wine during this time was enjoyed by many, it was wine primarily exported along the Mediterranean as a very valuable commodity.

The History of Wine in Europe

Remains of crushed grapes found in Macedonia about 6,000 years ago leads archaeologists to believe this is the first place in Europe to produce wine! During the Middle Ages in Europe, wine was a popular and common drink. So popular, that it was consumed by nearly everyone in the south. In other parts of Europe, wine was not readily available, so people would import it from the south. Although wine was expensive and people of the lower class were not able to afford it, Catholic churches did use wine in masses. Ultimately, monasteries were the largest wine producers, because they owned large vineyards and wine production tools.

Wine production and popularity have grown over the years in many parts of the world. Today, many types of distinct wines are produced. Most wine is produced from grapes, but other fruits are also widely used, and over the centuries, wine makers have created new techniques and flavors. Wine is no longer a drink only to be consumed by high ranking officials or as a status symbol.

Wines created from grapes vary in color and taste based on the part of the grape used to create it. Red wine is created from the pulp of black grapes that ferment with the skins. White wine is created from white grapes or the fermenting of the juice without contact with darker grape skins. A variety of fermenting procedures create the many different flavors and colors we enjoy today! Add some flair to your wine accessories collection with our unique wine glasses, bottle holders, and other wine accessories.