Gift Ideas » Funny & Leisure » The Ultimate Guide to Single Malt Scotch: What It Is, And Why You Should Stock Up Right Now

The Ultimate Guide to Single Malt Scotch: What It Is, And Why You Should Stock Up Right Now

Smoky, peaty, smooth… no country in the world does whisky like Scotland. This fantastic brown liquor has caused more hangovers than our editorial department cares to admit, but it’s distinctive flavor keeps us coming back for more.

So what is single malt scotch? Why do aficionados turn their noses up at “blended” scotches?

And what, pray tell, is the difference between Scotch from the Highlands and the islands to the south?

In the words of Hank Williams, Jr., it’s time to get whisky bent and hell bound. So let’s break single malt scotch down:

Single means the whisky was distilled by a single distillery.

Malt refers to the grain that is used. Single malt scotch is always distilled with malted barley (unlike bourbon, which can be distilled with corn or rye).

Scotch is the easiest to discern; if it came from Scotland, it’s Scotch! Other countries make whisky and dubiously label it Scotch (much like American wineries label sparkling wines as Champagne) in order to capitalize on the name.

That’s not to say that all foreign scotch imitations are cheap knockoffs.

Not too long ago the Japanese beat Scotland in a blind tasting of single malt whisky. Surprisingly, no scenes of Braveheart were recreated upon the decision.

Single malt scotch, unlike its patrons, must reach a level of maturity before hitting the bars. The bare minimum is three years in oak casks, though most single malts are aged between twelve and twenty-five years.

And unlike wine, the aging process stops once Scotch is bottled. 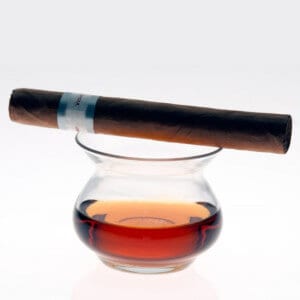 Barley, water and yeast are the only ingredients needed to make single malt Scotch, though additional flavor is added via the oak casks the Scotch is stored in.

Barley (malt) is a grain left to soak for 2-3 days in water, which allows it to germinate and create fermentable sugars.

Water is a crucial ingredient, and many distilleries choose their location based on the ready availability of pure clean spring water.

Yeast is the magician. If it weren’t for yeast we’d had nothing but sickly sweet, non-alcoholic syrup.

Yeasts are like the perfect guest: they eat everything put in front them and leave copious amounts of alcohol behind. 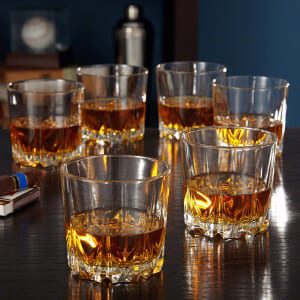 How Should I Drink Single Malt Scotch?

The jury is still out on this.

Purists believe a single malt is like a National Park: best left undisturbed. Others argue that a few drops of water help aerate the Scotch and releases its aroma.

Try this experiment: Pour a single malt into a snifter glass and inhale slowly through your mouth (the alcohol burns your nostrils and impedes your ability to smell).

Now, add three drops of water, swirl and smell again in the same fashion. You should notice a much fuller aroma, while the taste should remain the same.

What you should NOT do is add ice.

It ruins the body of the scotch, dilutes the flavor and will invite raised eyebrows from pub-mates. 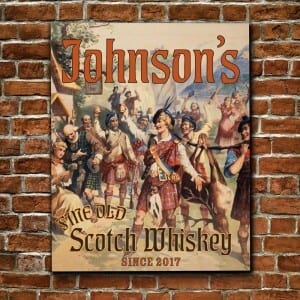 Highland Single Malts are the most popular around the world. They have a balance most other regions cannot match: more flavor than lowland scotches, less fire than Islays. Most highland single malts are smooth, with notes of vanilla, honey and (sometimes) sherry.

Speyside is a sub-region of the Highlands and is where some of the smoothest, most full bodied single malts call home. Named after the Speyside river, the crystal clear water is the main reason so many distilleries can be found here. Some famous Speyside distilleries include Macallan, Glenfiddich and Glenmorangie.

Islay (pronounced Eye-Luh) Single Malts are renowned for their smoky aroma, which comes from the large amount of peat-moss grown in the area. The two most popular Islay distilleries are Laprhoaig and Lagavulin (my personal favorite).

Lowland Single Malts are among the most mellow scotches, and a great way to introduce yourself to quality brown liquor. Start with Auchentoshan- a laid back single malt that has been distilled three times- before working your way up the food chain.

Campbeltown Single Malts are the up and coming region for quality single malts. Combining the smooth texture of the Highlands with a milder peatiness of the Islays, Campbeltowns are sure to please a wide variety of Scotch aficienados. Springbank is a personal favorite and you can find both the 10 and 15 year at BevMo and any bottle shops.

The Departed. An Ode to Drunken Anglos. When referring to a suicide mission, Leonardo DiCaprio offers the gem of a line: “Why don’t you just give me a bottle of Scotch and a handgun?”

Anchorman. A circa-1970’s newsman who sings “I love scotch. Scotchy, scotch, scotch. Here it goes down, down into my belly…” when the camera stops rolling. It takes a special kind of man to drink on the job and sing about it. Kudos.