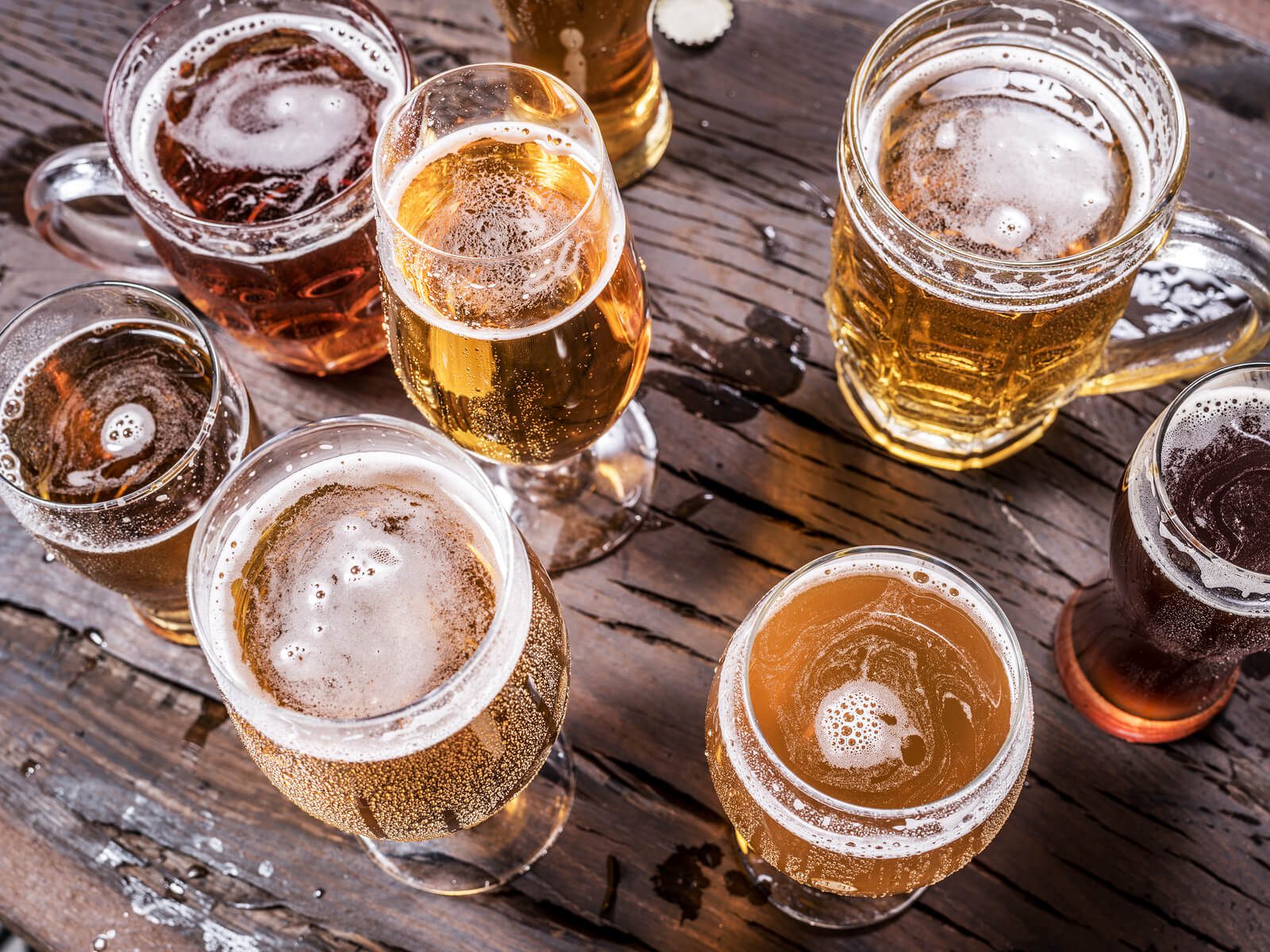 How to Host a Craft Beer Party

While the beer tasting industry has grown substantially, there are still millions of people who have not yet learned the practices and terminology connected with sampling craft beers & brews. True, brewing is a complicated science, but it’s also a fun, and learning the basics is easy. Hosting a craft beer party is a great way to help your friends and family learn the ins and outs of tasting charts and sampling glasses. It’s also a good way for beginners to learn for themselves along with other like-minded drinkers. Anyone can host a craft beer party at home with these simple, but proven ideas.

Inviting the right people. One thing that’s important at any event is to have a good mix of guests. For a sampling party, you want to invite a group of friends with similar levels of knowledge in how to taste beer. If you try to make advanced brewing aficionados mingle with guys who’ve never had anything other than a lager, you’ll end up with a fight on your hands. The exception would be a small circle of friends that drink together regularly, where everyone is interested in learning from one another. But if you plan to invite people that aren’t already friends, such as neighbors, coworkers, and Uncle Larry on the same night, just make sure that everyone has the same general level of beer tasting knowledge. Choosing the right beer. This biggest reason for success or failure at a beer party is the available selection of beer. Luckily, it’s very easy with one simple rule: Buy at least 5 types of beer. By “types” we don’t mean Miller Light, Miller High Life, and Miller Genuine Draft. Get a variety of interesting options that includes lagers, ales, stouts, and maybe even ciders. There are literally thousands of options, so make sure that no two labels are the same. It’s also a good rule of thumb to look for craft beer from different states, countries, and continents. Climate and grain supplies make for vastly different flavors and aromas. Having a distinct variety will help beginners understand the differences more clearly. Stock up on party supplies. Sure, the main event is the craft beer tasting, but don’t forget you are hosting a party that involves people who will need other forms of entertainment. Fill an ice chest with soda, water, juice, and other beverage options. This will come in handy when that one guy inevitably overserves himself and needs a break. Other beer party supplies should include that big can of mixed nuts at Costco, and the family-sized potato chip bags in multiple flavors. Salty snacks contrast with hoppiness and maltiness of beer, and if it’s a good party, people will get hungry anyway. Avoid heavy food on the party menu, like mozzarella sticks and turkey legs. You have to save room for more drinking!

How to Taste Beer

Beer tasting glasses. Now we get to the good stuff. It’s perfectly acceptable to serve drinks in small paper cups, but the experience will be 100 times better if you use actual glassware. Cleanup is a bigger deal, but part of the beer sampling experience is looking at the color and texture of each, and that’s best accomplished with clear, high-quality glass. If you’re a pro, you can stock up on many different shapes of beer tasting glasses that all have proprietary functions. For beginners, small tulip or pints will do just fine. Get a tasting chart. Let’s have a reminder once again that this is a party, not an intersession course in chemistry at Harvard. Knowing the terminology is important, but keep it high level at your first couple of soirees. Tasting charts can be purchased at your local home brewing supply shop, but good options are available online. Make sure to read whatever you go with before the party, and avoid charts that are too hard or too easy. You only need one or two copies of the chart, because it’s really a reference tool that some guests will find more useful than others. Don’t read through the entire thing at the beginning of the night, just let your guests take a glance from time to time. Do your homework the week before, and be prepared to answer questions like, “What is finish?” and “What’s the difference between hops and malt?”, rather than having a brewing dictionary on the table. Getting lost in books will zap the fun out of the party and kill the conversation. Print off tasting notes sheets. Everyone will need a stack of paper to write on. Small notebooks are fine, but it’s best if each beer tasting notes sheet is pre-printed with some fields to help guide the sampling experience. As each guest tries the next type of beer, they need to write down things like the name, brewery, color, taste, aroma, and any other observations. These notes make it easier to compare thoughts with other guests and remember which type of beer they want to try more of later.

Beer party games. For some crowds, the beer tasting will be enough excitement for one night. Others may have shorter attention spans, and you won’t know until things are in full swing. Look for a couple of beer party games, and have an extra supply of light beers for those who might want to play. A big round of King’s Cup would be out of place at a craft beer party, but adding a couple of “take a drink when…” rules to Jenga or Uno is really easy (and a little more grown up). Other beer party ideas. As a bonus to those who go all out when hosting a party, we have a few more ideas. First, you might ask your more “beer educated” friends to bring a six pack of a unique craft brew they’ve been wanting to try. Let the most enthusiastic guests try samples after your primary options have all been sampled. Another good idea is to make some beer bread or another adventurous beer recipe. Bring this surprising dish out towards the end of the night to help give your guests a second wind. Finally, offer an award for the guest with the funniest, or most entertaining tasting notes. This encourages everyone to tap into their creative side, and really get into the tasting process. The award could be a gift card or just a bottle of their new favorite brew. Beer mug party favors. If you’re hosting a small party, or if you have a big budget, consider buying each of your guests’ beer mug party favors. These can be presented at the beginning of the night to refill throughout or passed out to each party-goer as they leave. It’s a great way for them to remember your big craft beer tasting party and also serves as an invitation for the next go around. Cheers.