Create a fun drinking environment for you and your friends with our wide selection of handsome beer glasses. No matter what your style, we have a beer glass that’s perfect for your needs. With a huge assortment of beer glass types available, you can trust our glassware as the vessel for your favorite brew. 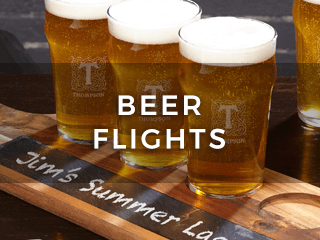 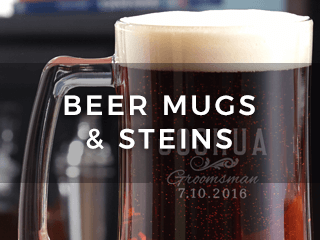 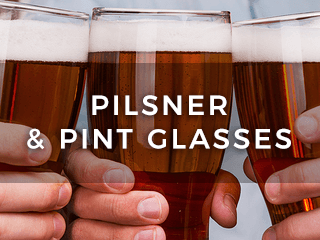 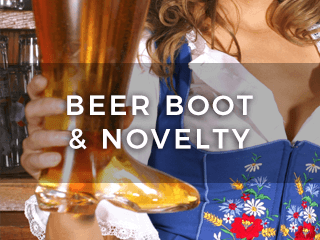 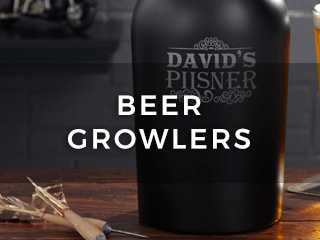 Beer can be consumed from the can or bottle, but there’s something special about pouring your brew into a nice, sturdy glass. The presentation is more significant. You can see the light shining through the glass and enjoy the color and clarity, as well as the flavor. Beer glasses also serve as a reflection of your personality, with designs that pay tribute to the hobbies you enjoy while drinking beer. Even if you like it straight from the bottle on a regular night, it’s nice to pull out your very own, specially made, beer glasses when the buddies are over to watch a big game. The History of Beer Glasses
Over the centuries since brewing began, different parts of the world have developed their own beer glassware. Each size and shape was created for a different purpose. In many countries, laws that regulate the amount of beer that can be served have indicated the capacity of the beer glass. In some places, the weight and shape were designed to aid in the storage and cleanup and taverns and stately homes, where large quantities of beer glassware were needed. Other countries created unique beer glasses to use in popular drinking games, or to reflect the spirit of the region. As science has grown more knowledgeable about beer tasting, beer glasses have been made to most efficiently preserve the integrity of specific varieties. Beer Glass Types
An everyday beer glasses set should include a few basic styles. Pilsner and pint glasses are the most traditional, and hold an average amount of beer. Taster glasses hold about a third of a pint and are perfect for trying new beers on your own, or giving guests a sampling of your beer options before they commit to a full serving. Mugs, steins, and tankards have a high capacity and are perfect for guys who know exactly what beer they want to drink, and are ready to dive in for a nice, hearty pour. Beer glasses can also be enhanced with artwork and detailing on the side, and represent activities that go well with beer consumption, such as sports, hunting, and outdoor entertaining. Craft Beer Glasses
For the ardent beer lover, who wants to take time to fully indulge in the flavors, craft beer glasses should be added to the collection. Craft beer can come in many varieties, and it is perfectly acceptable to pour your selection into the traditional type of glass. However, some craft beer glasses, such as snifters, are made in a globe shape with shows off the color, clarity, and body of the beer. This type of glassware also holds the head of the beer in place, an important element in beer tasting. With the explosion of craft beer in the US, it’s a good idea to invest in a few different styles so that you are prepared for any drinking occasion.
category
/Drinkware & Glasses/Cool Beer Glasses 71 62 Cool Beer Glasses https://www.homewetbar.com/glasses-drinkware/beer-glasses https://www.homewetbar.com/media/catalog/category/Beer-Glasses.png 1 3