How Did Wheat Beer Survive History?

Wheat beers have recently seen a resurgence of popularity in the U.S. putting them on the same shelves as lagers and ales, with almost as many variations. It hasn’t always been this easy enjoying these tasty brews and if it weren’t for a few royals coming to the rescue, we might not have this popular beer available today. Luckily for us, some powerful people preserved the beer so now we can enjoy them anywhere today. This branch of the beer family is best enjoyed with glassware that displays its many unique qualities. With a little background information, we will show you the best glasses to enjoy this historic beer article.

How Did Hefeweizen Survive History?

Flashback: It is the early 1500s in Bavaria and we have a bit of a beer problem. Even in the middle ages citizens from royalty to peasantry enjoy a beer quite a lot. Unfortunately, they are enjoying a bit too much because the various ingredients included in beer specifically wheat and rye are running low. Wheat and rye are vital ingredients in something more important than beer though; bread cannot be made without the two staples. With beer consumption at an all-time high, consumers found the price of bread rising along with their favorite draughts. While this wasn’t a problem for the royalty, lower income citizens would have found it difficult to sustain themselves with wheat and rye stocks running low.

The purity order, or Reinheitsgebot, was passed into law requiring beer to be made with only water, hops, and barley. This would have marked the end of wheat beer or witbier within the entire Holy Roman Empire, but rulers at the time could not imagine life without their favorite brews. The Hefeweizen recipe was the first to receive an exemption from the purity laws although it would have been reserved for nobility, if not by law then by cost. Hefeweizen beers survived their bout with elimination and over the years as crop cycling became common practice; wheat was no longer scarce and wheat beer could return to its former glory! With such a long history, weissbier naturally has some great beer glasses designed for its unique qualities. 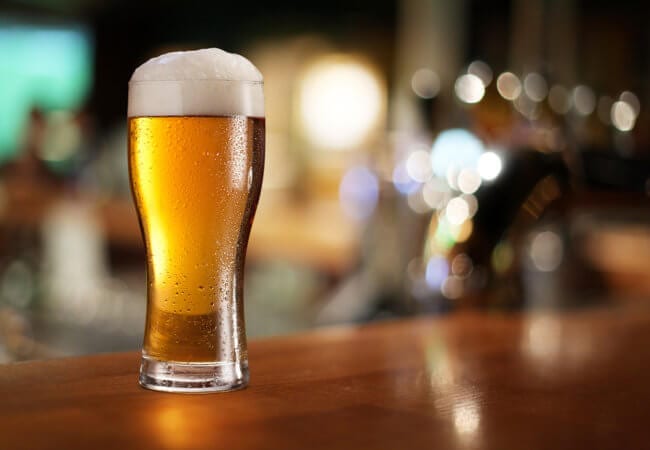 You know a beer is good when kings and queens change laws to keep drinking them. So the question is, what is it about weiss beer that people so enjoy? Wheat beer as you may have guessed is made with wheat malt, anywhere from 30-70% generally qualifies. The differences between wheat malt and barley malt are revealed in the beers that they produce. Wheat has larger stores of protein than barley resulting in a light haze in most popular wheat beers, and this added weight also contributes to longer lasting heads with a distinct texture as you drink. The beers are also known to be quite fizzy and light which makes them great for nursing. You can understand why royalty would enjoy a light and fizzy beverage since it would be about 300 years until someone invented carbonated water.

The Best Glasses for Wheat Beer 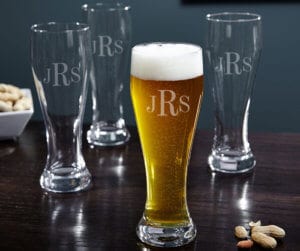 The best way to display and enjoy your favorite wheat beer is with the Weizen Glass which translates to Wheat Glass. Designed specifically for wheat beer these glasses are a twist on the classic pilsner. Beginning with a thin base and tapering to a wide middle then thinning again at the lip. This design allows for a preservation of the head at the top of the glass and also catches the light to present the unique hazy tone.

Another great way to enjoy your favorite Hefeweizen beers is with a classic Dimple beer mug. With dimples forged into every inch, these mugs are ideal for maintaining grip either using the handle or the dimples themselves. Heavy and durable glass adds a quality you can feel in every sip from this unforgettable mug. With a style that is about as German as it gets these beer mugs would be great for sampling true German Hefeweizen. 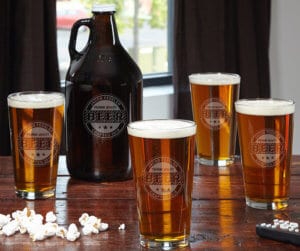 One standard of the beer World meets another when you enjoy your favorite wheat beer in a standard American pint glass. Designed for ease of use and simplicity, these glasses add the cooling effect of a freshly rinsed glass. It can preserve the head, although the Weizen glasses may do so more effectively. This barware has the added benefit of being both sturdy and easily stackable so without taking much space.