We’re all familiar with everyday beer containers such as pint glasses, steins, brown bottles, and aluminum cans, but someone who’s just starting to learn about the craft beer scene might encounter a mysterious and little-known receptacle: the beer growler. What seems at first glance like an ordinary jug is an important tool for transporting draft beer; one with a rich American history that’s as complicated as the recipe for a good Eisbock. Whether you’re still asking, “What is a growler?” or merely intrigued about where these beer jugs got their start, you’ll be fascinated and educated by this truly American invention. People have needed a way to get their favorite beer from one place to another since its invention. Even though growler bottles have their origin in the USA a little over a century ago, specially designed jugs have been around for centuries. Archaeologists have uncovered Philistine ceramic pottery used to transport beer, dating all the way back to the 12 century B.C. These ornate vessels allowed brewers to take their beer to the marketplace, and dispense through spouts on the side. These spouted bottles served their purpose very well at the time but did little to keep it fresh for extended periods of time. 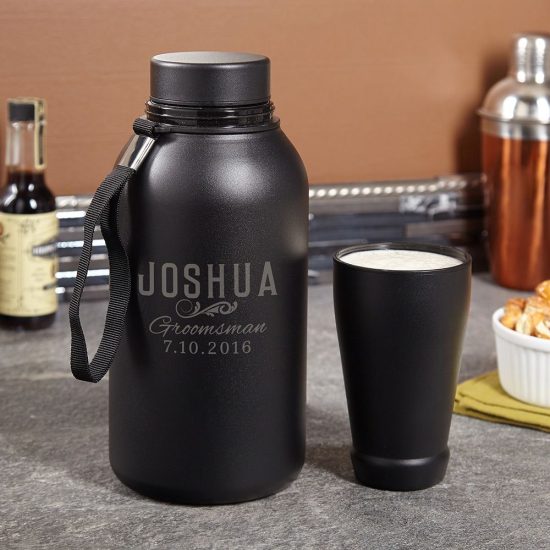 For the next thousand-odd years, beer was always sold in the original keg, since small batches of beer spoiled quickly before the invention of pasteurization. In the book, IPA: Brewing Techniques, Recipes and the Evolution of India Pale Ale, Mitch Steele recommends visiting the National Brewery Centre and Museum in the UK. There you can see examples of these original wooden kegs, as well as an entire exhibition dedicated to 1800s Burton IPA.

Fast-forward several thousand years to America in the 1850s. Beer was sold at the local pub, but if you wanted to enjoy it at home, you needed a way to get it from the barman’s tap to your own front porch. Industrious men would use galvanized pails with secure lids to move their brew. Each had a capacity of about two quarts, but the pails were routinely filled only half way to allow room for the generous head created by beer taps of the day. 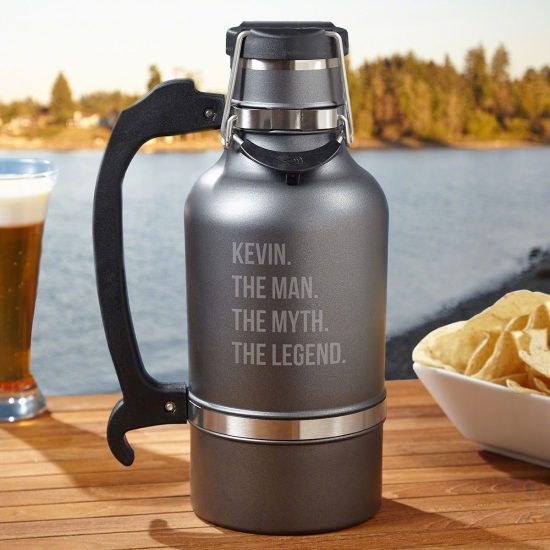 In the Midwest, they were handy for ladies, too. Maureen Ogle wrote in her book, Ambitions Brew: The Story of American Beer, “For the most part, [women] gathered in warm weather on tenement stoops, sending a child down the street with an empty pail to fetch a ‘growler’ of lager.” No need for Mom to show up at the bar when little Jack or Jill can fetch it for her. As the kids traveled home from the bar on foot, the beer inside would jostle and emit carbon dioxide. As the gas pushed its way through the lid, a growling sound was emitted, thus giving way to the name “growler.” (Luckily, they didn’t think it sounded like a fart.)

After a brief hiatus during Prohibition, portable drink bottles were back in action. During the 20th century, advancements were made to the design that offered better protection to the brew inside, and tighter seals at the top to lock in freshness and extend shelf life to a week or more. Ceramic and glass jugs with screw tops were created first, followed by stainless steel versions with rubber gaskets at the lip. In recent years, the double-wall stainless steel growler arrived, bringing the same durability of its predecessors, with added insulation to help maintain a good temperature. Ogle points out, “…Craft brewers continue to do what they’ve done, and done well, for a quarter of a century–treat beer as a sophisticated, sensual, flavorful delight.” Since supermarket brands like Coors and Pabst are only available in disposable cans and bottles, beer growlers have contributed to the upscale product positioning of small-batch breweries. Capacity and size will vary, but the post popular size is around 64 ounces.

Growler beer has had a small but lively place in pop culture, as well. In the early 1900s, when a man would get too drunk at the local bar, it was called “rushing the growler.” As supporters of the Temperance Movement rallied support for Prohibition, the sale of alcohol was referred to as “The Bucket Trade,” with early legislation that specifically outlawed “canning beer,” in other words, serving in any transportable containers. On the lighter side, “filling the growler” was an innocent phrase used in comedy songs about drunkenness in the 1890s. 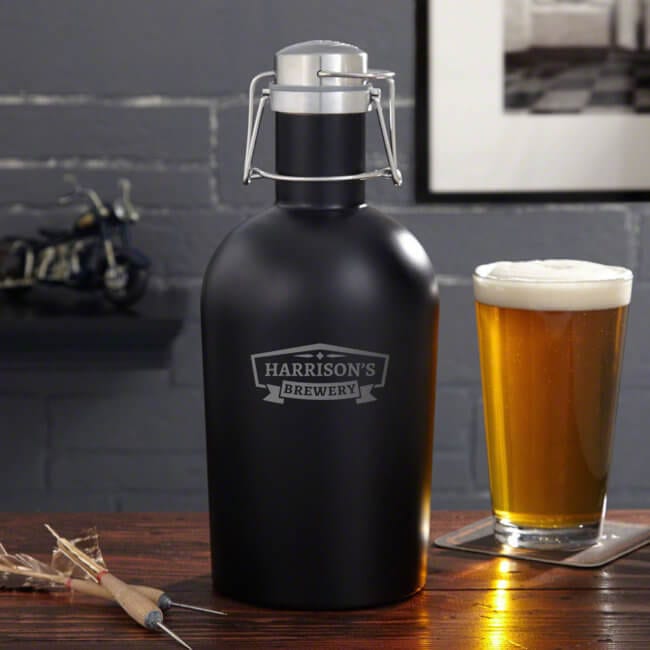 Today, beer growlers are popular with craft brew lovers and used in a number of ways. A good canteen can still be used to take home a gallon of ale from the tap of your local brewery. They are also handy when your keg is almost empty: just float the keg by emptying the last bit into a gallon growler, then tap the new one. That way you don’t waste any beer. Growlers are also useful for homebrewers, letting friends and family easily take home a bit of your latest batch.