Billy Carter, former spokesman for Billy Beer and brother of former President Jimmy Carter, once said, “Paintings are like beer, only beer tastes good, and it’s hard to stop drinking beer.” While not poetic, Carter’s statement does illustrate an important point: like art, alcohol is inseparable from the fabric of modern society. It is present in our art, religion, and entertainment. As alcohol has such a major role in society, there are understandably a number of quotes about drinking from some of the greatest entertainers, artists, writers, philosophers, and politicians, and many of these quotes are humorous and thought-provoking, with a hint of truth. We at HomeWetBar have compiled ten such of our favorite drinking quotes of all-time for your reading enjoyment.

10. “When I read about the evils of drinking, I gave up reading.” – Henny Youngman, comedian

Henny Youngman was known for his one-liner jokes, his most notable being “Take my wife – please!” He is also responsible for this funny drinking quote

9. “I know a man who gave up smoking, drinking, sex, and rich food. He was healthy right up to the day he killed himself.” – Johnny Carson, former host of The Tonight Show

Carson is considered by many today to be the greatest king of late night talk shows. During his monologues on The Tonight Show, he often told drinking jokes; many of them were aimed at longtime sidekick and well-known drinker, Ed McMahon.

8. “Always do sober what you said you’d do drunk. That will teach you to keep your mouth shut.” – Ernest Hemingway, American writer

Writers as a whole are often categorized as drinkers. Hemingway fit this mould. As a great American writer, it is only natural that he was the author of one of our favorite drinking quotes.

7. “In wine there is wisdom, in beer there is Freedom, and in water there is bacteria.” – Benjamin Franklin – Founding Father of the United States

Wine and especially beer were staples in the diet for many Colonial Americans. As Franklin’s drinking quote suggests, alcohol was often safer (and more patriotic) to drink than water. 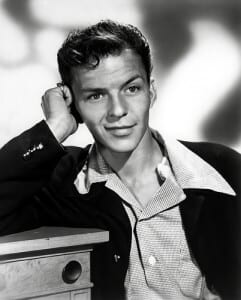 6. “Alcohol may be man’s worst enemy, but the Bible says love your enemy.” – Frank Sinatra, singer and member of the Rat Pack

Gifted with maybe the smoothest singing voice ever, Sinatra was well-known for enjoying a glass of whiskey while carousing with the rest of the Rat Pack. The Chairman of the Board was entrenched in the 1950’s Las Vegas nightlife and is attributed with some of the most memorable quotes about drinking.

5. A lady came up to me one day and said, “Sir! Your are drunk,” to which I replied, “I am drunk today, madam, and tomorrow I shall be sober, but you will still be ugly.” – Winston Churchill, former British Prime Minister

Churchill was the British Prime Minister during World War II. He faced criticism for his drinking habits during war time; he did not, however, backdown on this front (or any other for that matter), and responded with one of the best drinking quotes ever.

4. “Beer is proof that God loves us and wants us to be happy. ” – Benjamin Franklin 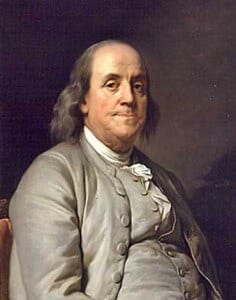 Franklin is the source of another one of our favorite quotes about drinking, proving that lightning can strike twice!

3. “I cook with wine . Sometimes I even add it to food. & A woman drove me to drink, and I didn’t even have the decency to thank her.” – W. C. Fields, American actor and comedian

In film, W. C. Fields often played heavy-drinking comedic characters. Fields had numerous, funny drinking quotes, so we have included two of our favorites of his at the number three spot.

2. “To alcohol! The cause of – and solution to – all of life’s problems.” – Homer Simpson, cartoon character on The Simpsons

The Simpsons is the longest-running television series in history. Homer Simpson, the impulsive, Duff Beer-loving patriarch of the Simpson clan, is responsible for many funny quotes about drinking. This quote, however, comes in at number two on our list due to its humor, philosophical nature, and touch of truth.

1. “I feel bad for people who don’t drink. When they wake up in the morning, that’s as good as they’re going to feel all day.” – Frank Sinatra

Ol’ Blue Eyes grabs the top spot for our favorite, famous drinking quotes of all time with his second appearance on the list! Mixing humor and wit with a devil-may-care attitude, this Sinatra quote rings true on many levels while providing a good laugh.

Did we miss any of your favorite quotes about drinking? If so, make sure to share them with us.