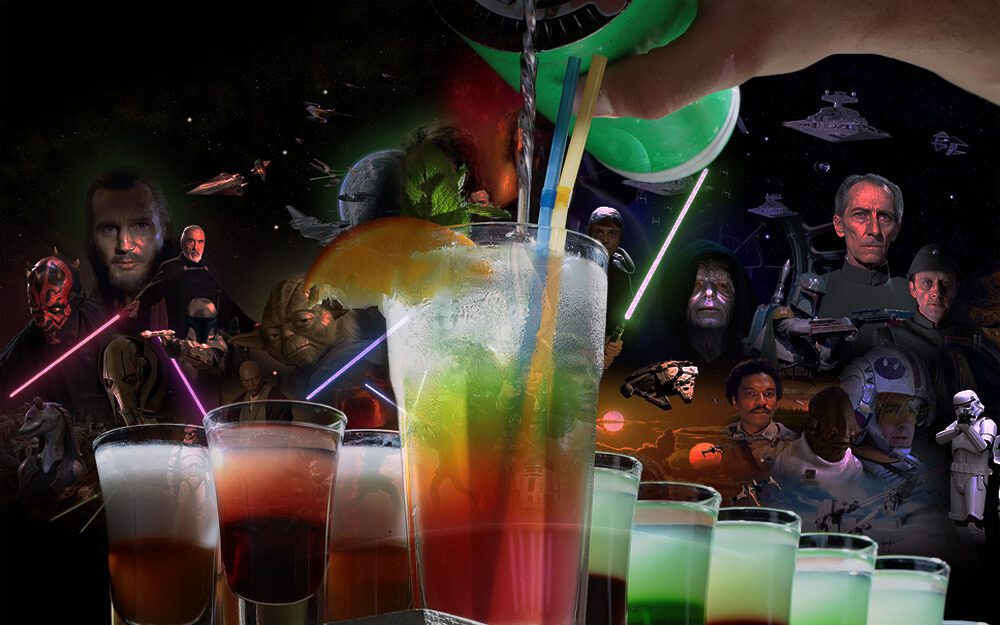 Sorry About the Hot Mess – A Star Wars Drinking Game

Everyone, the time is upon us. In a galaxy not so far away, Star Wars: Episode VII The Force Awakens is going to be wrapped up in a pretty bow and delivered to us, jedis (or siths if you’re into that), everywhere on Christmas day. By this point you already know how much HomeWetBar appreciates a good movie drinking game. Naturally here we are with one of the ultimate Star Wars party ideas! And the great thing about this Star Wars drinking game is that it can be played for pretty much any episode in the saga making it a must try activity at your intergalactic party! The game is simple and the rules are easy to remember, just be aware to pace yourself especially if you are enjoying more than one movie at a time. Disclaimer: Please have a designated Bantha rider present if needed. So what you have all been waiting for, your Star Wars drinking games goes as follows: 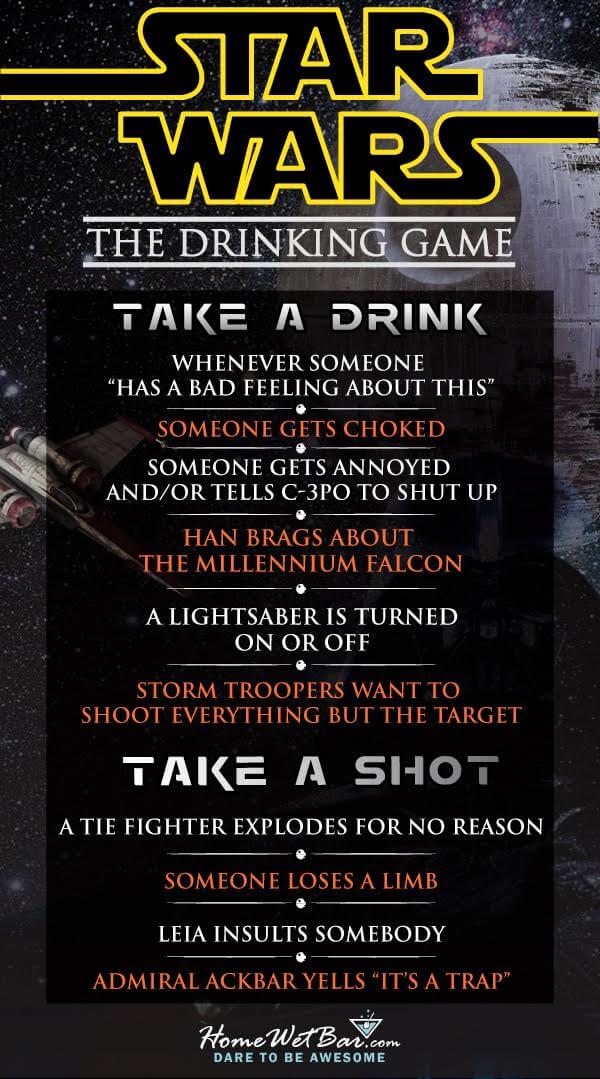 You can always create your own rules involving your favorite Star Wars characters quirks, or even pick up a video game such as Star Wars Battlefront and play with friends, drinking to different scenarios or even making the loser chug a Bantha Milk or two. I’m sure it’s not rocket science that combining the epic that is Star Wars with drinking is a little more than a good time. Personally, my favorite way to enjoy an out of this world drinking game is to create a variety of themed cocktails to imbibe in during the process, try a Mustafar cocktail or perhaps a Wookietini to add special touches to your main event.

I’m sure you don’t need any more reminders, but Star Wars: Episode VII The Force Awakens will be released on December 25th, Christmas Day, and the galaxy will indeed be a better place. So grab a drink, grab some fellow droids, and party like it’s 1000 BBY. For some additional Star Wars party ideas, check out our Padawan’s Guide to Star Wars Party Ideas.