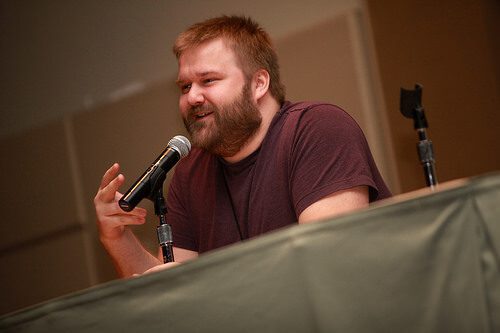 Robert Kirkman: The Man Behind The Walking Dead 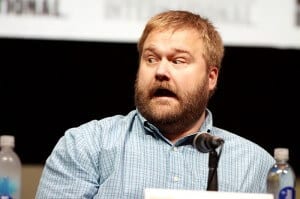 Despite his young age of 35, Robert Kirkman has made a huge name for himself in both literature and TV. If you don’t know his name, you’ll have certainly heard of his most successful series to date: The Walking Dead.

Starting as a comic book series, The Walking Dead was commissioned by AMC and became one of this century’s most successful shows internationally to date. With unforgettable characters such as Daryl, Rick and Shane, we’re taking a look at the man who created this masculine, entertaining and utterly gripping story. 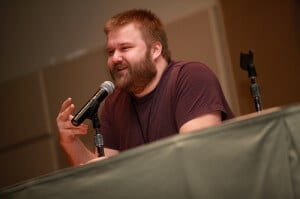 Born and raised in Kentucky, Kirkman’s southern upbringing certainly translates into the characters and world he created in The Walking Dead. However, his earlier career was far removed from the southern state and instead focused on everyone’s favorite comic book characters – superheroes!

Self-published series Battle Pope was a co-created with Tony Moore, and enjoyed a comic tone as a parody of the typical superhero story. Despite this ironic twist, Kirkman was hired by Image Comics to work on his first mainstream work: Super Patriot.

His career with Image Comics developed and became increasingly successful as he continued. While he created a six-issue series in 2002 called Tech Jacket, he also worked on the hugely successful Invincible, a story following the son of a superhero who goes on to have his own career.

This tongue-in-cheek and truly unique approach to an incredibly popular genre of comic made Invincible the first of Kirkman’s hugely successful ventures, and truly made him a name to watch in the comic book and graphic novel scene. The comic was such a success the, in 2005, Paramount Pictures acquired the rights to the story and hired Kirkman to write the script!

Kirkman also enjoyed a long-running freelance contract with Marvel Comics, working on characters such as Ant-Man and the X-Men amongst other, lesser known works. While this freelance deal was put on halt when Kirkman became a partner at Image Comics, it served to make him one of the most recognizable names in the industry, and a superstar of the graphic novel and comic scene. 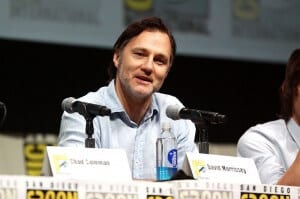 His artistry and writing obviously interlink within the comics he has created, but his writing talents expand further than the graphic novel route. Once The Walking Dead rights had been acquired by AMC in 2009, he not only came on board as an executive producer, but has written a large number of the episodes of the series.

Along with writing for the TV show, Kirkman has written three traditional novels documenting one of the most famous villains from the series, The Governor. Looking at the events that turned him into the evil dictator we love to hate today, the novels expand upon the series and show that Kirkman truly is one of the most talented creators of his generation. 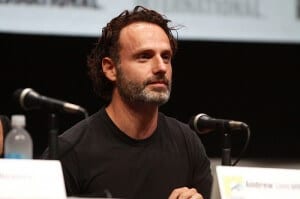 Of course, Kirkman’s most well received work has been The Walking Dead; blending the recognition of the deep south of America with the traditional zombie trope, Kirkman has created a publication that is amongst the most successful franchises we’ve seen this millennium.

It is the depth of the characters that makes us love this series so much; while past franchises focused upon the horror of the living dead, we instead are given an insight into the humanity behind a zombie apocalypse.

Created in 2003, The Walking Dead was an almost instant success, with the monthly publication receiving multiple awards during its 11 years of publication. In 2010, when the TV show first launched, the comic series also won the Eisner Award for the Best Continuing Series at Comic-Con, cementing Kirkman’s work as a classic forever.