31 Quarantine Gifts for When You Can’t Be There

33 Great Go-To Gifts for Him

17 Unforgettable His and Hers Wedding Gifts 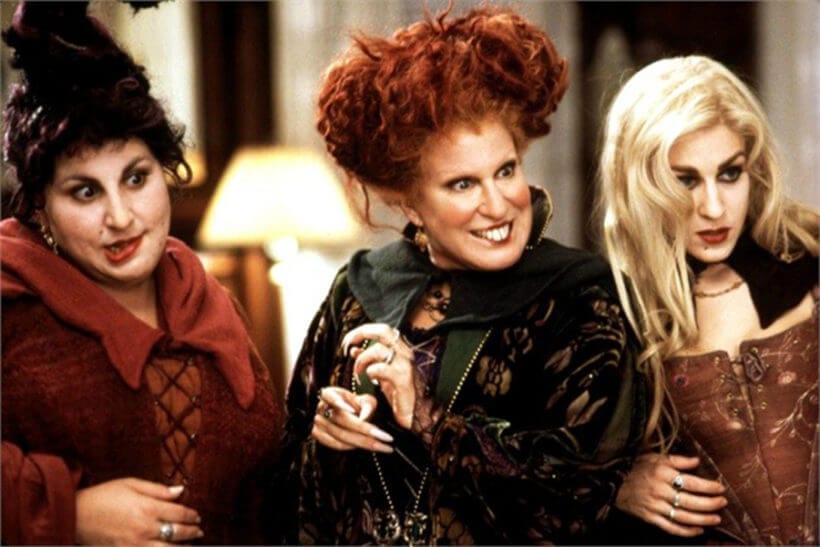 “Come little drunkards, I’ll take thee away, into a land of intoxication…”

It is the beginning of everyone’s (if you’re not a robot that is) favorite time of year, Halloween! Halloween can be filled with spooky tricks but also some really big treats, take this Hocus Pocus drinking game for instance! The terrifying Sanderson Sisters are back at it again but instead of gathering children to fuel their eternal life, they want you and your livers! So throw your cape on the coat rack, pour a cup of your favorite witches brew, and enjoy the show. Of course drink responsibly!

Sarah Sanderson gets flirty or says something dirty

Every time the spell book opens its eye

Max is referred to as “Hollywood”

Winifred calls to her BoooooOoooOk

Whenever the sisters recite/cast a spell

Someone makes a salt circle

Mary rides a vacuum instead of a broom

When someone says “Hocus Pocus”

There is a sentimental sibling moment

3 thoughts on “I’ll Take Thee Away, Into a Land of the Hocus Pocus Drinking Game”