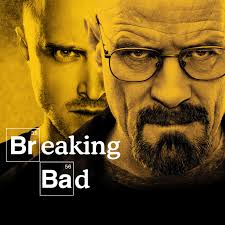 Bad guys on television and in movies are almost always the most compelling characters. The all-time classic bad guys have a way of justifying their actions to themselves with noble causes (i.e. – taking care of family), but they are ultimately truly driven by one thing – power. Hailed by critics and viewers alike as one of the best tv dramas of all-time, AMC’s Breaking Bad has one such “bad guy,” Walter White, played by Bryan Cranston.

Walter’s story, up to a certain point, could be that of anyone’s – he is a high school Chemistry teacher working two jobs to support his family. When faced with his imminent mortality, Walt makes an extreme decision (supposedly) to secure the financial well-being of his family after his death by manufacturing and selling crystal meth before he dies. For viewers, this drastic switch from law-abiding everyman to illicit-drug-producing criminal could come across as far-fetched. However, Walter White is played by actor-extraordinaire, Bryan Cranston, whose gritty, tough, and heart-wrenching performance on the show has hooked viewers for five seasons and made this Dr. Jeckyl-into-Mr. Hyde transformation completely believable. As we head into the fifth and final season of Breaking Bad, we at HomeWetBar want to pay tribute to manly-man actor, Bryan Cranston, by profiling the career highlights and notable quotes of this intense dramatic actor who has had us all clamoring after “the blue stuff” for over five years.

One of his most memorable recurring roles was as Dr. Tim Whatley on the television comedy Seinfeld. Dr. Tim Whatley’s character famously had dirty magazines in the waiting area of his dental practice and dubbed Jerry an “anti-dentite” after hearing Jerry tell a dentist joke.

Cranston’s longest role came as Hal, the loveable and goofy father in the sitcom Malcolm in the Middle. Actor and comedian W. C. Fields once said, “Never work with children or animals.” What Fields meant by this was that children and animals will only upstage a grown-up actor or will create a blooper by doing something unscripted. Cranston’s ability as a comedic actor, however, overrode that sage advice, as he not only worked with one child actor, but a grand total of five (or six if you count the baby in later seasons)! His ability to switch from bumbling dad to serious father and sometimes to fun-loving mischief maker in the role of Hal helped show that Cranston had some amazing acting chops!

What’s great about well-written material is, if you can shock with justifiable actions, that’s the best.**

You know, this business is pure luck. It truly is. There is a tangible amount of luck that is necessary for a successful career, and the only way that luck happens is if you’re prepared for it and you stick with it. If you drop out of the scene, your opportunity for luck diminishes greatly. No one’s going to say, “Hey, you’re an insurance salesman. Come and do this movie.”*

I think the best written films or television series have a measure of the opposite of what they are. We have some darkly comic moments sprinkled throughout “Breaking Bad,” as we hasd some sweet sentiment or serious drama sprinkled throughout “Malcolm in the Middle.” I think any good movie does that, any good play. You have to break it up. You can’t have one train going in one direction all the time. Audiences are more sophisticated than that.*

A lot of people think, “This guy does that really well. Here is a role just like that for him.” When I left “Malcolm in the Middle,” I got two offers to do television pilots and they featured fun, goofy dads. I said no, and one of the producers said, “Why would you say no? You’re perfect for it and it’s exactly what you do.” I said, “It’s exactly what I did for seven years, but I am not going to help anyone put me in a pigeonhole.” So I won’t be looking at scripts about a teacher who becomes a drug dealer for a while.*

We are going to make a good product that does what it is supposed to, as advertised. No emulsifiers, no baking powder, no bleach, no chili powder. Season 1, Episode 1 – “Pilot”

I’m sorry, what were you asking me? Oh, yes, that stupid plastic container I asked you to buy. You see, hydrofluoric acid won’t eat through plastic; it will however dissolve metal, rock, glass, ceramic. So there’s that. – Season 1, Episode 2 – “Cat’s in the Bag…”

Name one thing in this world that is not negotiable. – Season 3, Episode 6 – “Sunset”

The universe is random. It’s not inevitable. It’s simple chaos. It’s subatomic particles in endless, aimless collision. That’s what science teaches us, but what is this saying? What is it telling us, when on the very night that this man’s daughter dies, it’s me who’s having a drink with him? How can that be random? – Season 3, Episode 10 – “Fly”

Why am I the only person capable of behaving in a professional manner? – Season 4, Episode 4 – “Bullet Point”

I am not in danger, Skyler. I am the danger. A guy opens his door and gets shot, and you think that of me? No, I am the one who knocks. – Season 4, Episode 6: “Cornered”

What is going on with me is not about some disease. It’s about choices. Choices I have made. Choices I stand by. – Season 4, Episode 4 – “Cornered”

Walter White is complex and dark, which is one of the reasons Breaking Bad has become one of the best TV dramas of all time. Bryan Cranston’s portrayal of the meth-making chemistry teacher is spot on, earning him this ode to TV manly-men! How do you think this final season of Breaking Bad will end? Share your thoughts with us!