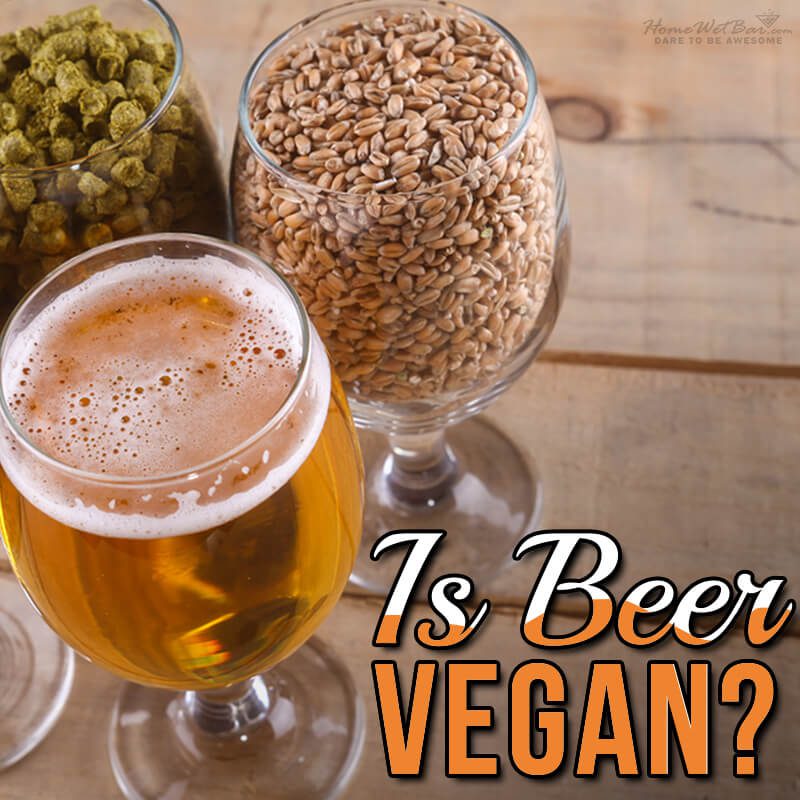 Is Beer Vegan? Your Questions Answered!

Find Out For Sure: Is Beer Vegan?

With more than 16 million people in the United States now identifying as vegetarian or vegan, the demand for strictly plant-based products has never been greater. The FDA regulates processed food labels, insisting that animal-derived ingredients be clearly noted, but the same isn’t true for alcoholic beverages. While you won’t find any antlers in your bottle of Moose Drool Brown Ale, or feathers in your Goose Island IPA,  you may be surprised to learn about the ingredients you don’t see on the back of some brewers’ bottles. For all the veg-friendly beer lovers out there who finally thought to ask, “Is beer vegan?” here is a simple guide.

Why is beer not vegan?

Some non-vegan beer is easy to spot as soon as you look at the name. Recipes that use honey and milk, two common flavor additives, typically celebrate this fact right up front. But why is some regular beer not vegan? It’s because of the filtering process. The method of distilling hard liquor is traditionally vegan, but a fairly common technique used for filtering beer and wine can bring a few different animal-based ingredients into the mix. Some producers do not filter their beer at all until near the end of the fermentation process, which results in a cloudy look. Going all the way back to the 19th century, many brewers thought these occlusions were unattractive and began filtering them out with “finings” such as gelatin and isinglass. Most of us know that gelatin is made from bone, skin, and tissue extracts, but isinglass is a little different. Made from the dried bladders of fish, the paste-like substance is injected into beer casks. The leftover yeast and sediment will cling to the paste, which is then removed, clarifying the beer. Even though the clumps are taken out in the end, some traces isinglass can remain in the cask.

How are vegan beers made?

Modern technology has come up with countless new filtering techniques to clear up cloudy beer without the need for fish bladder paste. Most newly established craft breweries use their modern machinery instead of additives to refine their product. It should be noted that the debris left behind by yeast and grain doesn’t hurt the product at all, and some argue that it adds flavor. For this reason, some modern manufacturers just leave it, content with less transparent beer. Vegetarian beer finings are also available to brewers, made from Irish moss and seaweed.

Which beers are vegan?

Here is a vegan beer list with a few widely available styles:

Several online resources are available to help make the search for a vegan beer much easier. Barnivore is a searchable index dedicated to all types of vegan alcohol with an extensive database. Other veg-centric sites, like Vegan.com, have useful information as well.

Where is the vegan beer festival?

There are at least two vegan beer festivals held annually in the United States. The Vegan Beer and Food Festival takes place at Rose Bowl Stadium, typically on or around Memorial Day Weekend. Visitors can enjoy, “Unlimited pours of over 200 beers, wines, kombuchas & more.” Not far away, in sunny Scottsdale, Arizona, the Veg Out! Vegan Beer & Food Festival offers a “compilation of vegan food and drink vendors, speakers and vegan-friendly gear including clothing, skin care, and artwork.”

Find the perfect glasses for your next brew!