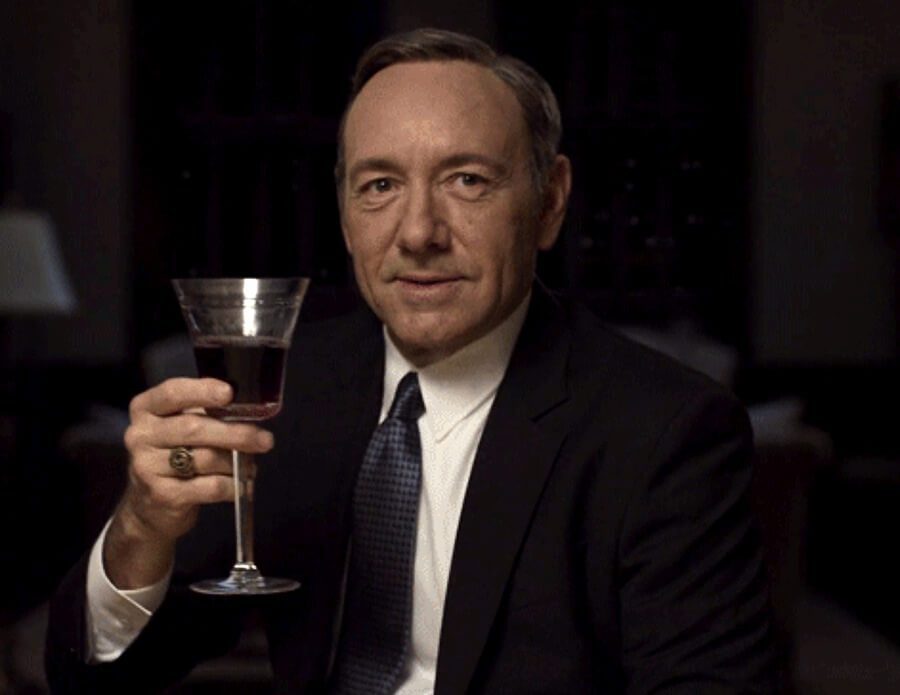 Drunk Road to Power – The House of Cards Drinking Game

It seems like only yesterday that Frank Underwood first stepped into Freddie’s for a rack of ribs, Claire bought that amazing rowing machine, and a shared cigarette by the windowsill brought a sense of peace. House of Cards has kept us on the edge of our seats for awhile now, and the new season promises to be just as gripping. Of course, our favorite way to watch the lives of Frank & Claire Underwood unfold is to binge on entire seasons at a time, but all that drama tends to get really intense a couple of hours in. That’s why we invented the House of Cards Drinking Game, lovingly titled “The Drunk Road to Power.” Whether you save it for that moment you start streaming the new season, or take it as you companion for re-watching your favorite episodes, it’s one of those drinking games that gets easier and easier the more times you play. Just remember what Frank would say: “Shake with your right hand, but hold a drink in your left.” 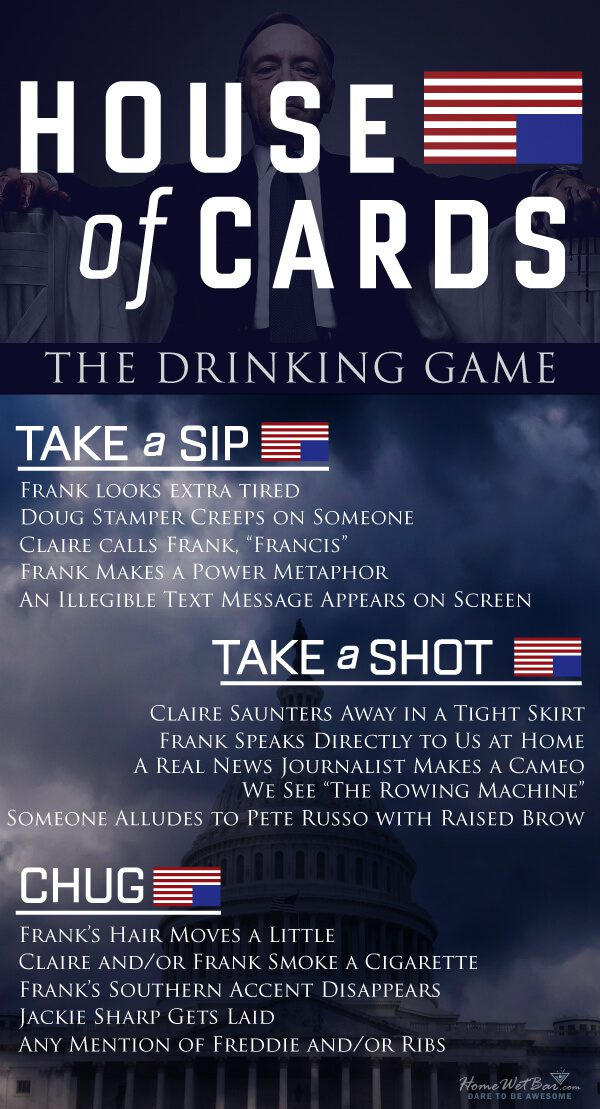 The rules are simple, and apply to all episodes, although some seasons might get you more tipsy than others: 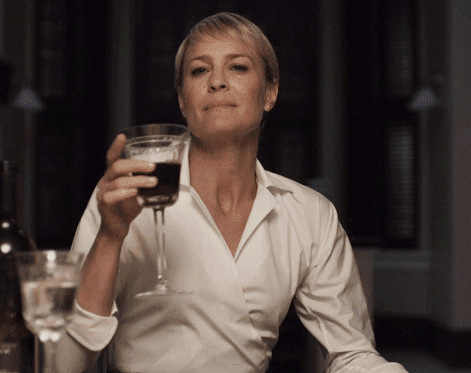 Here’s to House of Cards, America, and drinking responsibly. Cheers!