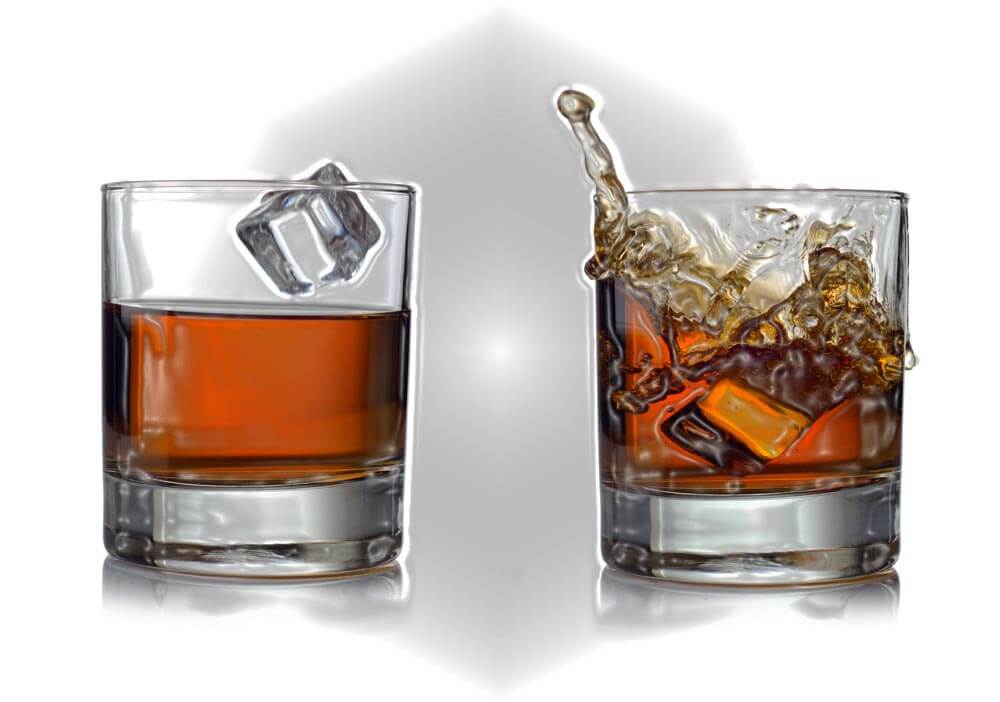 The American Whiskey, a vintage drink, possesses a rich history that quite ably matches its exquisite taste and quality. Whiskey has been the drink of choice for many Americans since time immemorial, and bourbon has possibly been a constant companion as they have gone through life changing and trend setting phases throughout history. Through many wars, triumphs, prohibitions, and rebellions, whiskey has lasted and survived. Each century has only worked to add character to it and make it a more lovable product. Strap yourself in as we take a journey through history and unravel the mystery that is the history of American whiskey.

The birth place of the American Whiskey can be traced back to the states of Virginia, Maryland and Pennsylvania in eastern United States. In the year 1791, whiskey began being brewed as a rye based product. The then incumbent president saw promise of added revenue in the venture and so sought to levy taxes on it, which was met by open resistance. This debacle came to be known as the “Whiskey Rebellion.” Irish pioneers who settled in the hilly states of Tennessee and Kentucky were the first to begin brewing American whiskey. In those states they could easily find the necessary raw materials and other resources—which made the making of whiskey almost effortless!

They came across clean lime rich waters and plenty of wood to construct the needed liquor barrels for transportation and storage. Corn, the main ingredient of whiskey, (taking up 51% of the total ingredient share) was also plentiful. At this stage of its inception, the American whiskey saw a further division of two common brands: sour mash and bourbon. Each of these brands, though offering different tastes and experiences, cut out their own niche and held strong reputations for being distinctly American drinks. The sour mash brand, has remained true to its roots, and is still largely produced in Tennessee. No surprisingly, sour mash has become the pride and joy of this mountainous Southern state. By 1870, the whiskey trade had become well developed across America. Renowned political figures, Thomas Jefferson, George Washington, Benjamin Franklin and even Abraham Lincoln each had a liquor license, and they participated in the trade in one way or the other (most often privately). At this stage, legislation was bent on providing oversight on the whiskey industry, and this regulation started being enforced. The legislation, however, was not very stringent—and it wasn’t able to keep unscrupulous traders from passing off non-whiskey drinks packaged in whiskey bottles and labeled as such; this oversight was particularly difficult because transportation between distillers and suppliers to customer taverns was handled through use of horse drawn carriages and buggies.

It was quickly discovered that sealed and labeled bottles was the only way to ensure fraudsters were kept at bay. George Barvin Brown began this practice, and he had initially sold only to physicians and medical practitioners. Soon enough, however, reputable taverns bought into the trend of branding their bottles with a label. After some resistance from other traders who were making a killing out of selling sub-standard whiskey, the trend became standard commercial practice (especially when consumers rejected any products that came in unsealed bottles). Sealed bottles with a printed label became the best way to make real money selling whiskey.

In other developments, the year 1897 saw another piece legislation passed to guarantee customers the authenticity of their whiskey. This law, led by Colonel Edmund Haynes Taylor, Jr and the Secretary of the Treasury, John G. Carlise, set out to enforce standards over selling “straight” whiskey. The “Bottled in Bond” act was born, which means that the whiskey must be straight (50% alcohol by volume), and produced by one distillation season under one distiller and on the grounds of one distillery. It also must have been stored in a federally bonded warehouse under the supervision of the U.S. Government for at least four years. This bonded whiskey still holds a reputation for being the best of the best.

Abuse of alcohol resulted in high levels of drunkenness among the American denizens, which spurred the policy of prohibition. This legislation was directed towards the major vises seen as a detriment to societal values and character. The prohibition era was between 1922 and 1933, and these laws barred production of all alcohol; the supporters of prohibition saw alcohol as a major catalyst for the ills experienced in the society. By the 1933, however, it became apparent that prohibition was going to remain a noble experiment, since its failures were too conspicuous to deny. American whiskey, therefore, survived this great challenge, further forged its existence, and rose to claim its place again in the hearts of Americans.

By 1964 Bourbon had become such an integral part American identity that the US congress acknowledged it as “a distinct product of the USA”; this declaration was a great honor, because it used the symbol of whiskey to unite all Americans. As such, legal statute were then clearly set down for the quality standards of true bourbon. These standards of quality were set to the following: at least 51% corn distilled to 80% alcohol volume. the whiskey can contain only natural ingredients (i.e. no other artificial additions were permitted, save water), and the bourbon was to be aged in specific barrels made only of charred oak. Other American whiskey brands were required to meet additional quality control standards for grain, aging, and proofing in order to qualify certain whiskey designations. It is no doubt these strict standards that have ensured the American whiskey is still a drink of choice.

Some brands of American whiskey that have stood the test of time include Jim Beam, Maker’s Mark, Wild Turkey, and Eagle Rare. Distilleries in Kentucky, Tennessee and Virginia are open for tours and tastings to allow the public to experience the origins of true American whiskey. Distilleries like Maker’s Mark even allow you create your own mark in the red sealing wax that has become their trademark. Raise a glass to the rich history of  Whiskey with a whiskey glass from our cocktail glassware section.