The world could be categorized into two types of people: those who dread wedding disasters, and those who live for them. I’ve never been one to shy away from relishing an awkward moment, so definitely place me in the latter group. Wedding horror stories are fairly common. When you bring together disparate family members, friends who don’t speak anymore, and a bunch of children, then cram them into an old building with an open bar and $10K worth of catered food, something crazy is bound to happen. Groomsmen can usually get away pretty clean, dressed in their black tuxes and fading into the shadows of the reception as the night moves on, but from time to time, there’s a groomsman who causes trouble. Whether he breaks someone’s toe using his SYTYCD moves during the funny groomsmen dance, or insults everyone in the room with his wedding jokes, a rogue groomsman is something that must be approached with caution. So until your next wedding, here’s the world’s 10 worst groomsmen, and the wedding disasters incited by their shenanigans.

Weddings Can’t Be THAT Boring

Sometimes trouble comes in small packages. Though this groomsman could possibly be a kid, he could also just be the groom’s shortest college buddy, so we’re not giving him any excuses. While standing up before the assembly, this guy gets so tired he falls asleep. Props to him, though, for his mad light-as-a-feather, stiff-as-a-board skills.

Next Time, Hire Security for the Gift Table 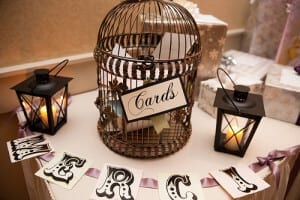 Just because you’ve said, “I do,” that doesn’t mean you are free from wedding day disasters. A groomsman at a wedding in Dayton, OH tried to get away with almost $7,000 in cash, checks, and gift cards during the reception. After tricking the staff at the reception hall by politely asking if he could change clothes in a back room, they discovered that 55 unopened wedding card envelopes had been swiped. The money was recovered later that evening when they found a garment bag that the groomsman had stashed in the bushes outside. Moral of the story: if there’s a groomsman in the bushes, he’s up to no good.

Jump On It! (But Please Not the Cake)

When this bride took her place at the head of the room, she wasn’t planning to have a front row seat to one of the most classic wedding cake disasters on record. As if these dudes weren’t bad enough for picking “Apache” from the Sugarhill Gang as their funny groomsmen dance, their wild moves and lack of awareness for their surroundings caused everyone at the reception to miss out on cake. Hopefully, the crowd rioted.

What Do You Do with a Drunken Groomsman? 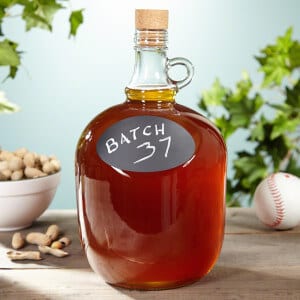 Having a few drinks before the ceremony may be ill-advised, but isn’t uncommon. On his blog, Rev. Glynn Ferguson writes about his adventures from the “wedding front lines!” In one of his stories, he recalls a group of groomsmen who, along with the groom, got drunk as skunks on moonshine right before the ceremony. Incidents include a groomsman greeting him at the hotel room door with no pants, and an unseemly outburst during a moment of silence at the wedding. According to the Rev, ‘All inhibitions aside the groomsman blurted out “Isn’t that the most #$%!n beautiful couple you have ever seen,’ at the top of his lungs. The bride teared up, the groom turned blood red, and I stood there trying not to let my jaw drop open. He then proceeded to tell everyone present how “hot” the bride and groom were and what the sight of them was doing to part of his male anatomy.” Why couldn’t I have been there?

Being a Groomsman is Child’s Play

This is one of those wedding horror stories that you can actually share with your kids. I’m not sure how this guy got himself stuck in a swing, but let’s hope that he wasn’t trying to get a date with any of the bridesmaids. His friends are honestly trying to help him get un-stuck from this children’s park swing, but he should probably spend some time at the chin up bar before he returns to the playground.

They Just Don’t Make Linen Pants Like They Used To Picture the perfect destination beach wedding. White sands, blue sky, purple hilltops in the distance. The ceremony went off without a hitch. The wedding party changes into their coordinating mint green outfits, and you head to the water’s edge for one more photo shoot. A bridesmaid and groomsman, we’ll call them Jenny and Johnny, set up for their formal shot, and it’s beautiful. Not one single wedding disaster for miles around. Okay, now time for the “crazy” pose. Johnny tries to replicate the a Russian jump from his high school production of Fiddler on the Roof, and “whack!” He kicks Jenny in the eye. He takes a moment to console Jenny and apologize, until he realizes his pants have been ripped right in the crotch. Johnny walks over to a wet rock, and sits down, embarrassed and alone, until a turtle comes over and bites his ankle. 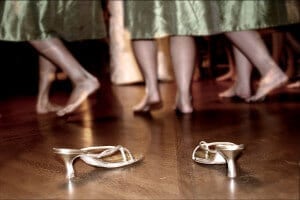 Weddings are known for requiring a lot of preparation: music rehearsals, menu planning, visits to the gym, and of course, flash mob practice. Kate, a bridesmaid at her friend’s wedding, was excited when towards the end of the reception, the song came on. The song for which she and the girls of the wedding party had worked up some sick dance moves. It seemed weird that no one was clapping, until Kate noticed that a “…groomsman had come up behind one of the girls at the back and started grinding up against her and she turned around and slogged him. I don’t know what happened next but the bride had [him] pinned up up against a wall… I was more concerned with my friend but the next thing I know he was being escorted out of the wedding by his very pregnant wife.”

That Wedding was a Splash

If you’re like me, you roll your eyes any time someone says, “Oh my gosh. My life should totally be a reality show.” The lives of people on actual reality shows aren’t even real, so get over yourself. However, if this bride made that claim, I’d be on board. The video is a bit quiet at first, so I recommend jamming to Enya’s “Orinoco Flow” while you watch. You’ll also notice that this wedding disaster video has it’s own website.

What is it with Groomsmen and No Pants? 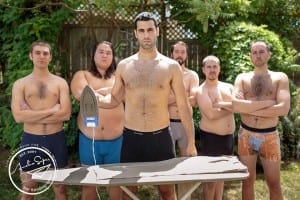 A Washington state bride didn’t know what she was in for when she requested only “serious” wedding pictures from her groom and his groomsmen. She should have realized they would take it as a challenge. Although I can’t figure out the inspiration behind this photo, it certainly doesn’t get more serious than ironing creases into pleated slacks. These guys should also go in the funny groomsmen photos hall of fame.

Add a New Car Window to the Registry 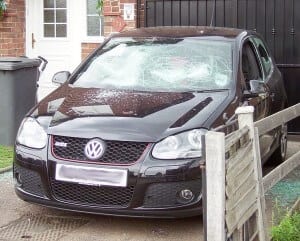 Some brides just can’t catch a break from wedding disasters. The day probably started off well, with a wedding on board a riverboat in the peaceful Pennsylvania sun. But then, the groom decided to start hitting on one of the waitresses, and it all went Titanic from there. Well, the relationship, at least. The waitress called her boyfriend, who was ready for a brawl when the boat got back to shore. Her boyfriend and the groom did get into a fight, swapped a few punches, then a trouble-making groomsman decided to get involved. “I’m not clear if he was trying to break it up, or if he was trying to participate in the fight, but whatever happened, his hand went through a window of a parked car, which caused blood to go all over the place,” said a public safety spokeswoman. Oh, and the groom’s brother also punched a police officer. I guess this bad groomsman was in good company.

So there you have it. The 10 of the worst imaginable groomsmen. Even though I love a good story to tell at the bar, I agree that there are certain wedding disasters to avoid. If you have an upcoming wedding, and want to protect yourself from guys like these, here’s a few tips from keeping wild groomsmen under control.  Do you have the best, most well behaved groomsman to ever walk down the aisle? Here’s a few of our best groomsman gifts for your wedding party. 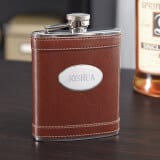 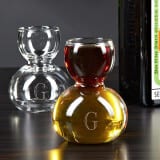 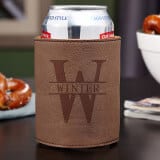