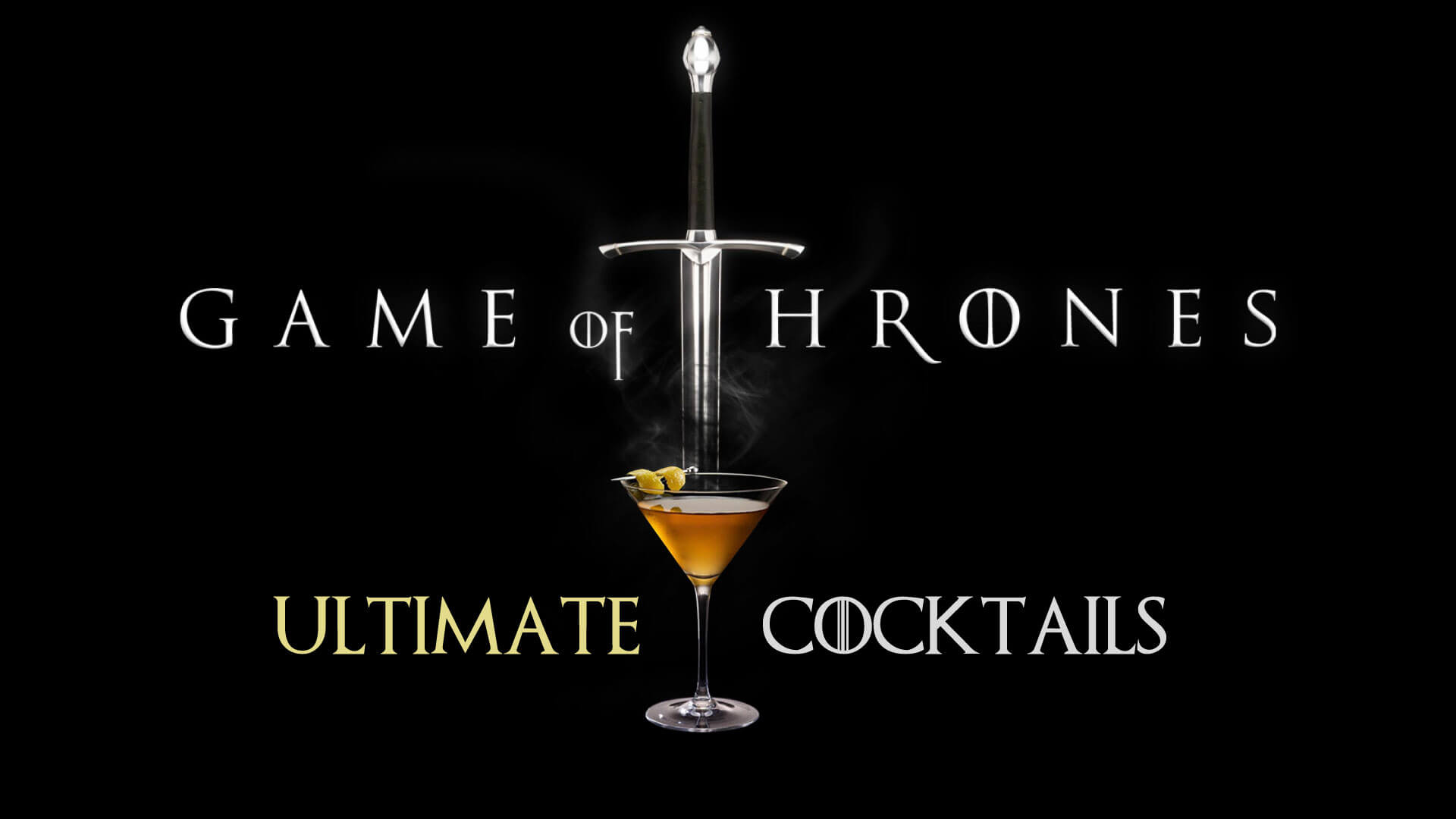 It’s that time of year again, when we get glued to our TVs for the Game of Thrones season 5 premiere. As such, we felt it was time to come up with some special cocktails that represent each of the great houses for you to enjoy when watching Game of Thrones Season 5. The perfect way to take the edge off while watching this intense series, drink these cocktails to show support for your favorite house, or drink them in spite of them. The choice is yours young squire, just don’t let the queen hear if you don’t like them, she has a nasty temper we hear! Whichever the case, we hope you find these game of thrones cocktails worthy of the Great Houses of Westeros. We want to hear from you, which house and/or cocktail is your favorite, and are there any others you would suggest? 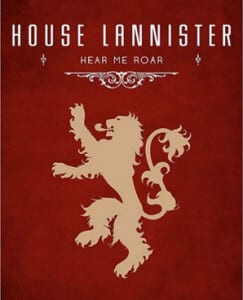 No point in beating around the bush, let’s kick this off with the house that has been the center of it all up until this point, the Lannisters. We must confess Tyrion is probably our favorite character now that the Starks are all but extinct, however, his siblings are quite a nasty bunch. Tywin seems to still be the power behind the throne and Jamie will likely never be the same after his experiences in the last couple seasons. Will the new king fair better than the old? Who knows, but we do know one thing, the Lannisters sure love their money. 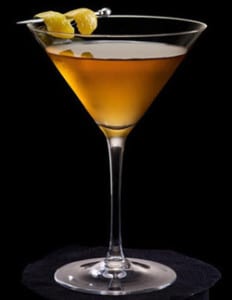 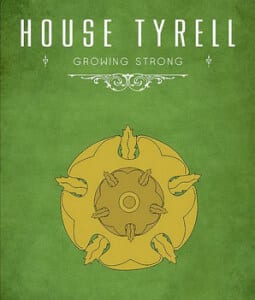 House Tyrell – A House On the Rise

Don’t let their pleasant demeanor deceive you, these Tyrells are definitely ladder climbers. Jumping directly from Renly Barathreon’s bed quite literrally into the Lannister’s bedroom Margaery Tyrell, Olenna Tyrell, and all the Tyrells for that manner, seem to always land on their feet. Evidenced by Margaery being promised to the new king Tommen Lannister after Joffrey’s death. Two kings in a row and then a third. These Tyrells seem to be awfully lucky, cunning…or both.

The perfect cocktail, aptly named for such a cunning little vixen like Margaery Tyrell don’t you think? 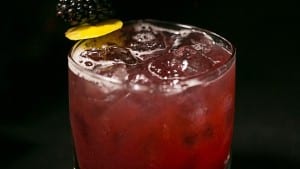 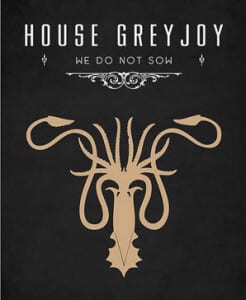 The Ironborn motto “What is dead may never die, but rises again harder and stronger” now that’s a phrase…of some slightly crazy people. Lord Greyjoy and the Ironborn in Game of Thrones are sure a sober bunch, even their women are tough as nails. As such, only a dark and stormy cocktail for these sea faring people will will do.

The Dark and Stormy, simple yet tasty, and perfectly masculine. Combine it with some homemade ginger beer for a real manly cocktail worthy of the Ironborn. 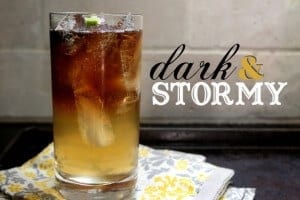 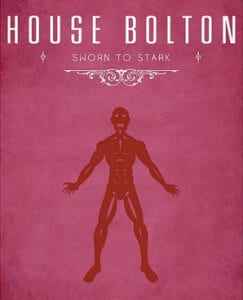 House Bolton – Watch Your Back

A treacherous backstabbing bunch these sickos usurped the lands of the ill-fated Starks after the red wedding. Infamous for flaying enemies alive and torturing people, Lord Roose Bolton even rewarded Ramsay with a certificate of legitimization for his work on poor misguided Theon Greyjoy. Let’s hope these murders get what’s coming to them in Game of Thrones Season 5 or 6.

Simple yet complex, and bloody as hell, just like House Bolton, need we say more? 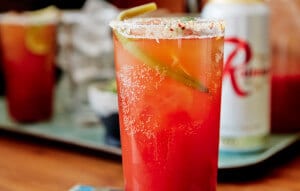 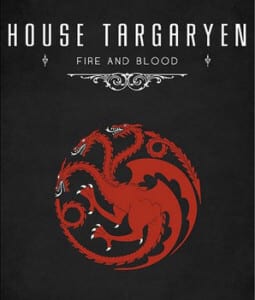 The house of the Dragon, banished from the Seven Kingdoms of Westeros for over a decade seems to be on the move. After a rough start in season one of Game of Thrones, Daenerys Targaryen has established herself as quite a power to be reckoned with in Essos across the narrow seas from the seven kingdoms. It’s only a matter of time before she comes home with her dragons for vengeance.

TARGARYEN: MOTHER OF ALL DRAGONS COCKTAIL

Named for Daenerys the mother of all dragons, this spiced cocktail topped with a blood orange speaks of the path of destruction that is sure to follow here once Daenerys Targaryen decides to cross the narrow sea and take back the Iron Throne. 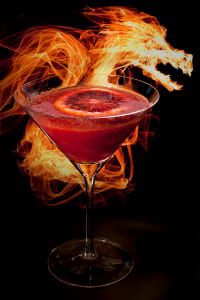 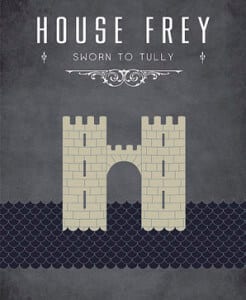 Wow the Frey’s don’t take lightly to engagements being broken off as evidenced by the Red Wedding in season 3, that’s for sure. A relatively new great family, the Freys headed by the weaselly old chap, Lord Walder Frey seems to have clawed tooth and nail into power. They hold the strategic Twins crossing over the Green Fork river.

Stuck guarding the river day and night must be a lonely job and extremely boring. Not to mention all the Frey women seem to have all been whacked with the ugly stick. For this type of company you need something stronger than a mixed drink. You need a high-alcohol content, heavy duty shot to take your mind off of things, like that red wedding and Lord Frey’s weasel laugh. 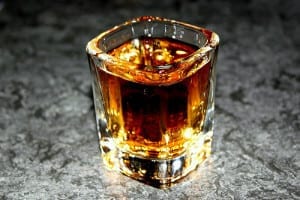 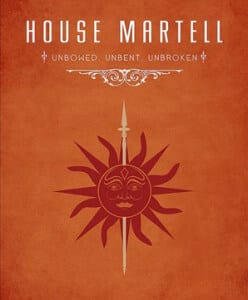 House Martell – A Bone to Pick

Now if anyone has a bone to pick with the Lannisters besides the Starks it’s Gouse Martell. Not only did Tywin Lannister’s mad dog he The Mountain – Ser Gregor kill the princess and her child when Robert Baratheon seized power from the mad king Aerys II Targaryen many years ago, Ser Gregor also killed Prince Oberyn Martell in Season 4. If killing the prince, the princess, and her baby doesn’t piss you off, what will? I think we’ll see a lot more of house Martell in Game of Thrones Season 5.

When you come from a vast, hot, desert like house Martell’s does, you definitely need something refreshing to cool off. While this cocktail won’t save you from the likes of Ser Gregor as Oberyn Martell found out in season 4, this cool cucumber cocktail is just the thing for a hot track across the desert. 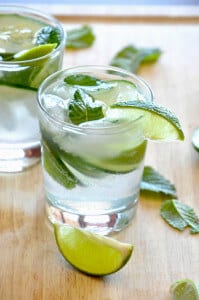 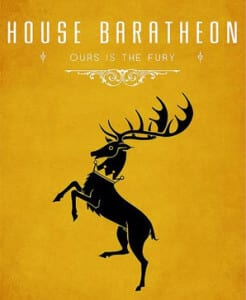 House Baratheon – Stannis Will Be Back

After years of ruling the seven kingdoms, House Baratheon had a sharp downturn in their fortunes with Robert’s death. First Stannis killed his younger brother Renly then he suffered great defeat in the seas while trying to storm kings landing attempting to regain the throne. His fire women seems to be leaving him as well. Beaten down and defeated, house Baratheon didn’t take spend licking it’s wounds before raising a new army at the end of GoT season 4 . We have a feeling we’ll see a lot more of Stannis Baratheon in Season 5

The perfect mixed drink after a long day of hunting if you are Robert, or in Stannis’s case, a long day of black magic and destruction of your fleet in the Blackwater of Kings Landing. 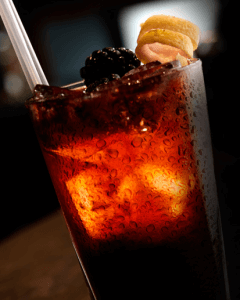 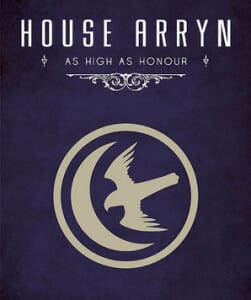 House Arryn – Off Their Rockers

The Rulers of the Vale of Arryn are sure a crazy bunch aren’t they? How about that kid who’s still nursing at 10+….or the moon door that Lysa went flying through…or the crazy plot with LittleFinger. Crazy…for sure. For them we present the drink of choice for those that are so lucid they think they can fly

Served in a goblet worth of poisoning a king…Jeffery…or John Lord Jon Arryn…or just the slightly crazy Rulers of the sky castle Eyrie. This flightful cocktail is surely worthy of the Vail! 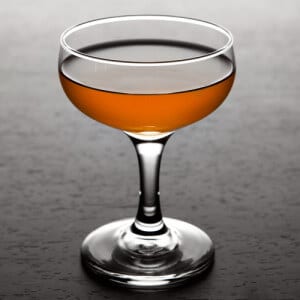 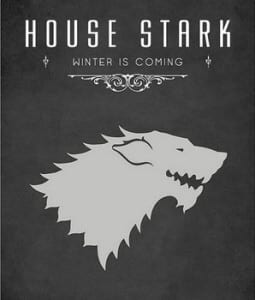 House Stark – Beyond the Wall

Well the Stark house has really had it rough over the past few seasons. First Ned was beheaded, then the red wedding and then Greyjoy destroyed their castle. Just when you think nothing else can go wrong they seem to always end up in a bad spot. Poor souls we howl when we think of how hard they’ve had it. John Snow is still kicking plus a few of the Starks, hopefully things will get better for the last remaining Starks in Game of Thrones Season 5.

What can we say, the blue reflects the cold, the white reflects that “Winter is Coming” and the red berries remind us of…well the Red Wedding. (oh come on, you knew we had to include that!) 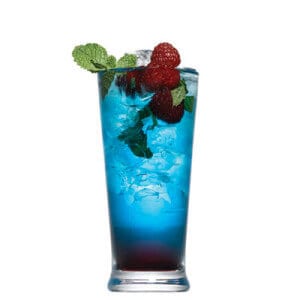 We hope you’ve enjoyed this special Game of Thrones Season 5 drinking guide from our cocktail team at Home Wet Bar. Which house and drink is your favorite? We want to hear what you think in the comments below!

Special thanks and copyright to hdwallcloud for the banner and unrealitymag.com for the GoT house symbols.