Titillating Summer Cocktails You’ll Want to Put Your Face In

Summertime, and the drinkin’ is easy! Beaches are jumpin’ and hemlines are high. When the sun heats up, it’s time to check out the latest refreshing summer cocktails, packed with titillating ingredients and our favorite liquors. We’ve collected a little something for everyone. The best summer cocktails will lift your spirits, and energize you day. These summer cocktail recipes include classics like vodka and rum, and also some liquors that are making a comeback, like moonshine and absinthe. Shake up a few of our radiant summer cocktails, and dive into the best poolside drinks your friends will want to enjoy all season. 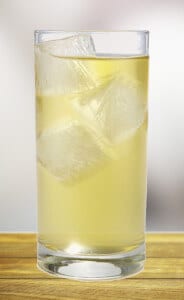 Without question, rum tops the lists of favorite summertime liquors. It’s the main ingredient in the Hurricane, piña coladas, and the entire list of fruity daquiris. Sometimes, though, all that sugar can become too much when you’re outside in the sun all day. We are big fans of the Rum & Coconut Water cocktail. It’s simple (only two ingredients) and brings classic island flavor without the need for a smoothie machine. The original recipe calls for golden rum, which is a great choice, but there are dozens of flavor options available for your rum cocktails. Pineapple rum was excellent, with orange coming in a close second. The other great thing about coconut water cocktails is they provide a natural source of electrolytes, and keep you hydrated throughout the day.

Moonshine ain’t just for Pappy anymore. White whiskey, colloquially known as moonshine, is popping up everywhere, from trendy restaurants to four star dessert menus. On New Year’s Eve, I tried some moonshine-soaked cherries that are commercially available, and even added a couple to my champagne glass. Historically, “moonshine” referred to illegally produced spirits, but that’s no longer the case.

One of the most common forms of moonshine available in the US is corn whiskey, which offer up a strong bite but crisp flavor, much brighter than its darker cousins bourbon and rye. One of the easiest moonshine cocktails to try is the Swizzle Me Timbers, created by Denver bartender Kevin Burke. This moonshine cocktail recipe calls for Tuthilltown’s Hudson New York Corn Whiskey, lemon juice, simple syrup, and St. Germain, garnished with mint and cucumber. This summer cocktail is about as fresh as you can get. 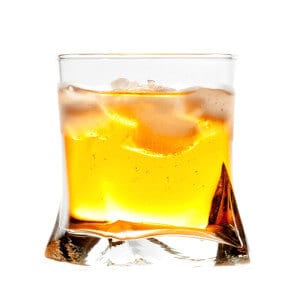 I’ve had sherry a few times, usually at an afternoon receptions, or a cocktail party when the host runs out of vodka & whiskey, and we turn to whatever is left. However, sherry is showing up on bar menus more and more all the time, and with good reason. It’s usually sweet, and relatively mild in flavor. Sherry can be sipped on its own, or mixed into drinks for added flavor and texture.

The First Avenue cocktail is a great choice for summer, especially if you’ve never tried sherry cocktails before. Made with sweet sherry, Cointreau, Campari,, and club soda, you’ll find familiar flavors that balance perfectly with something new. With only four ingredients, this refreshing drink recipe can be mixed up very quickly, with a few splashes into a rocks glass. 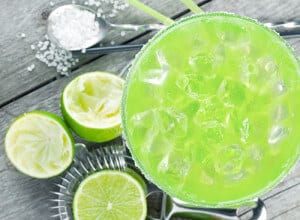 The first time I tried mezcal, I was caught off guard. The waiter described it as a sweet and smoky sister to tequila, but when I tasted my drink, I could have sworn it was tequila herself! They two liquors are very similar, with the primary difference being mezcal is made from the maguey plant, but still produced in Central America. Maguey is a form of agave, so the waiter was right in that mezcal and tequila are technically sisters. My new favorite cocktail is the Haterade from Pump Bar OKC, with incorporates Gatorade as a mixer. For my Mezcal Cucumber Gatorita, I combined Sombra white mezcal with Limon Pepino Gatorade, a flavor that incorporates cucumber and lime. Squeeze in a little fresh lime juice as well, and shake before pouring over a ice. This poolside cocktail combines smoky, sweet, and sour into summer perfection. 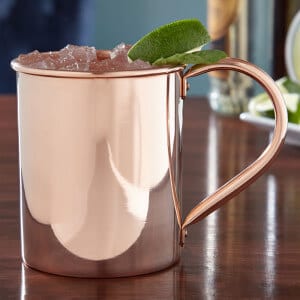 Here’s another original recipe we came up with that celebrates summers by the Mediterranean sea. The Grecian Mule is a take on the classic Moscow Mule, but adding anise-flavored Ouzo into the mix. We didn’t skip the vodka completely, because too much ginger and licorice flavor floating around together gets mighty strong. To make these Ouzo cocktails, go with four parts ginger beer, one part vodka, and one part Ouzo, poured over ice in a copper mug, of course. Instead of lime juice, garnish with fresh figs, or a splash of blackberry liqueur. Before you know it, you’ll be transported to white beaches and crystal blue waters. 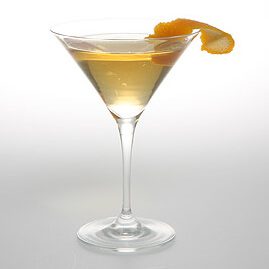 One of the most historically controversial liquors, at least in the US, absinthe is now a naughty favorite, popular with people who like to take risks and try new adventures. The truth is that the absinthe cocktails served in America today don’t have any psychedelic qualities, other than getting you good-old-fashioned-drunk. The best summer absinthe cocktail we found was the Crysanthemum, made with Benedictine liqueur, dry vermouth, and garnished with orange peel.

You might have a little trouble getting your hands on all the ingredients, but if you are up for the challenge, you’ll be rewarded handsomely. The Crysanthemum cocktail is one of those that make you feel exotic, and to use a term that’s anything but, “fancy.” Save this one for those summertime cocktail parties that happen indoors. 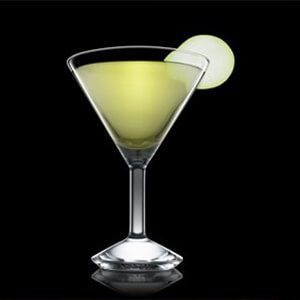 Years ago, I was having a drink at the Duplex in New York City, and ordered an Absolut Pears Mojito from the menu, and I’ve been in love with this vodka ever since. I’ve gone into at least a dozen bars and restaurants, trying to find someone who can recreate the original deliciousness. Since then, I’ve discovered the Absolut Pears Martini, made with Absolut Pears, simple syrup, lemon juice, and pear puree.

The pear puree does require a little bit of prep, but you can also find thick pear juice at some specialty grocers, and it works perfectly well. The bright sweetness of the pear combined with the vivid punch of lemon juice is beyond compare, and brings an under-represented summer fruit to the cocktail bar. 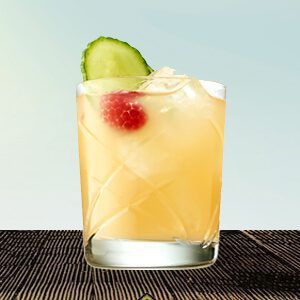 Gin lovers know that not all gins are created equal. Known for their piney, juniper berry infused flavor, gins get a reputation for tasting like a Christmas tree. And some do. However, the best gins combine the signature evergreen flavor with proprietary botanicals that make their batches fragrant and unmistakable. Hendrick’s Gin is made in Scotland, and is known for unusual flavors, such as rose, packed into its small, 500 liter batches. The Chelsea Rose calls for Hendrick’s Gin, cloudy apple juice, raspberries, and fresh lemon. Extra good if your market carries in-house fresh apple juice, with will bring invigoratingly sweet flavor to these delicious gin cocktails. Try serving this delightful mixed drink in a whiskey tumbler to give it an old fashioned feel. 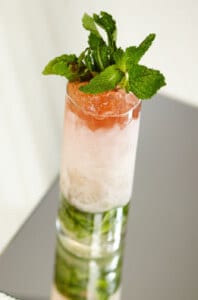 For the past couple of decades, it was considered gauche to drink whiskey anyway other than neat or straight, but come on, whiskey should be just as social as other spirits. Cocktails made with bourbon are known for being dark, heavy, and usually brown, but with the right mixers and garnish, you can highlight the sweetness and bring bourbon out into the daylight. That’s where the Bourbon Swizzle comes in. Bringing together summer favorites like mint sprigs and lemon juice, these bourbon cocktails will light up any poolside drink service. Bulleit bourbon is made with rye, corn, and barley, so it comes across as lighter than from other Kentucky distilleries.

You might also try serving this bourbon cocktail in a mint julep glass, getting use out of those things throughout the year, rather than just during The Derby. A few dashes of bitters and a great visual presentation turn the Bourbon Swizzle into a new summer favorite. 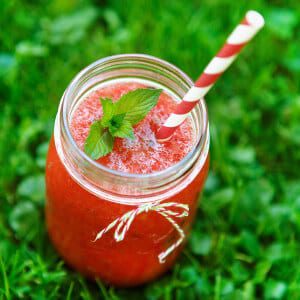 When I found this watermelon cocktail recipe, I almost fell out of my chair. I love watermelon juice, but I’d never thought to mix it into a beer cocktail. Found regionally at the Brew Exchange in Austin, Texas, the Summer Hoedown cocktail is made with fresh watermelon juice, maraschino liqueur, and white beer. It’s a little tricky to get the proportions exactly right, because the flavor of every watermelon is different.

Ever since trying this beer cocktail, I’ve kept my eyes peeled for a watermelon hard cider, so I can make a down-South version of the Snakebite. Until that day arrives, I’ll continue to surprise my friends with watermelon juice and beer, served along side a spread of barbecue and potato salad. If you’re fresh out of mason jars, you’ve got to serve these beer cocktails in pint glasses, with the added bonus of making your craft beer snob friends feel more comfortable. 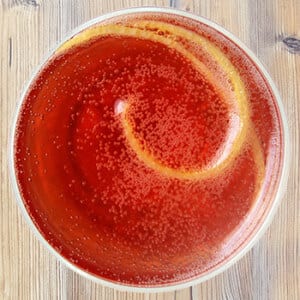 Bubbles are an icon of summer fun: blowing bubbles outside on summer break, chewing bubble gum in the park, and when you grow up, bubbling champagne. This champagne cocktail, with the Wonka-inspired name of Fizzy Lifting Drink, is a mix of crème de cassis, ginger liqueur, brut Champagne, and garnished with a lemon peel. In place of the ginger liqueur, you can also try berry flavored concoctions, such as Bols, or 99 Blackberries. These champagne cocktails make a great punch,too, because you can blend the other ingredients together before hand, and add them to the bubbly as needed. I served these at brunch a few weeks ago, and they are a great alternative to mimosas. They contain more alcohol, though, so don’t get so drunk you float up to the ceiling, or you might not get the chocolate factory. 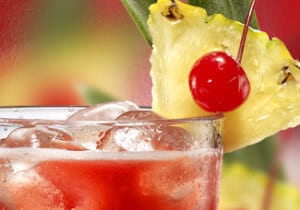 An elusive bottle on the liquor shelf is Campari, the 150 year old spirit that’s made with dozens of natural flavors in a proprietary blend. We may not know what goes into it, but it’s absolutely tasty, and experiencing a growth in popularity. Because the liquor itself has so many flavors, you don’t need a lot to make Campari cocktails explode with summer richness. The Campari Fresh is made with pineapple juice, Campari, lemon juice, and that’s it. The proportions are, well, negotiable, or as some would say “to taste.” To turn this cocktail into a summer party punch, mix it with club soda or chilled herbal tea. Your guests will love the flavor, and you’ll get to join the party, rather than stand behind the bar all day. Win-win.