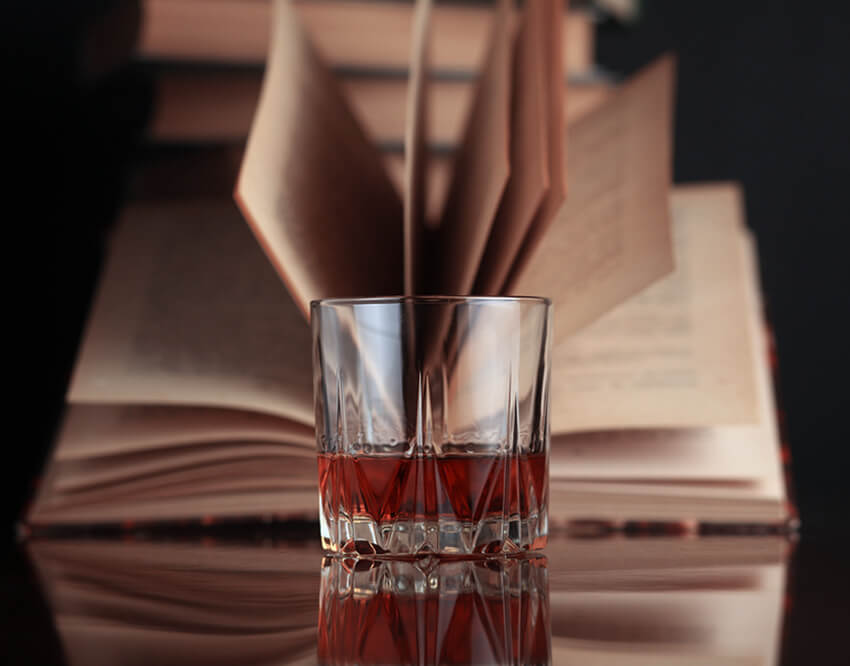 The 11 Best New Books to Read While Drinking

Sometimes, there’s nothing better than curling up with a good book. Except curling up with a good book while simultaneously getting drunk. You can sit back in your most comfortable chair, sip on your favorite alcohol, and let the book and the booze carry you off onto a journey to a far away place. Here are the 11 best new books to read while drinking. Only a few of these recommended books are actually about drinking alcohol, but all of them can be perfectly paired with a good strong drink and a few relaxing hours of reading enjoyment. 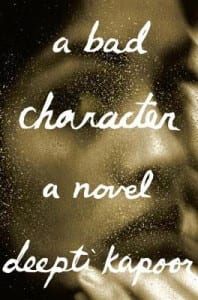 A stand out in new fiction books, this self-described love story, A Bad Character by Deepti Kapoor, is a dark novel about a young girl’s gritty experiences in the shadows of New Delhi. After having her life turned on its head by a series of unfortunate events, she embarks on a destructive journey and love affair. As you can imagine, there’s plenty of sex and intoxication to go around, but best parts of this book are the poetic descriptions of the seedy corners of the city that leave the reader feeling restless, excited, and just a little bit dirty. When the main character, Idha, sits drinking in a smoky New Delhi bar, you’ll want to slide up onto the stool next to her. With vivid descriptions of the underbelly of an exotic city, sipping a strong cocktail and transporting yourself to those same dark places is inevitable. Suggested drink pairing: dirty martini.

The Triumph of Seeds

At first glance, a book titled, The Triumph of Seeds: How Grains, Nuts, Kernels, Pulses, and Pips Conquered the Plant Kingdom and Shaped Human History, might not seem that exciting, but Thor Hanson has taken the history and science of these little marvels and drawn out a fascinating account of seed culture. We should not forget the importance of seeds in the liquor cabinet, as well. From rye whiskey, to wheat vodka, to barley beer, it would be a lot harder to get drunk without our friends in the grain world. In the introduction, Hanson makes the suggestion, “So whether you prefer coffee and chocolate-chip cookies or mixed nuts, popcorn, pretzels, and a glass of beer, I invite you to sit down with your favorite seed-derived snacks, and let the journey begin.” I’ll drink to that!

Shadows in the Vineyard 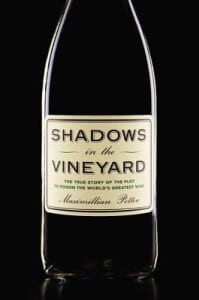 Wine lovers, beware; not all books about wine involve romance in the Napa valley. This true crime story is so shocking at times, you might forget to breathe. So don’t forget to breathe! Shadows in the Vineyard: The True Story of the Plot to Poison the World’s Greatest Wine is the almost unbelievable account of Aubert de Villaine, the proprietor of a vineyard that is known for creating the most expensive wines in the world. in 2010, he received an anonymous threat to poison his grapevines unless he paid a huge ransom. He initially dismissed it as a joke, but oh, no, it was no joke. A fascinating examination of this “botanical crime,” the book also offers a wonderful look into the steep tradition of French wine culture. A trove of great snooty wine-related one-liners, as well, you’ll be sure to annoy your friends by quoting gems like, “A book you can read it again. Wine you can only drink once.” Perfectly paired with a full bodied red wine.

Occasionally, the best new books come from unexpected places. A memoir written by Seth Schechter, Martini Wonderland: My Strange Adventures Inside the Grey Goose Goldmine, recounts the Gatsby-esque adventures of Sidney Frank, creator of Grey Goose Vodka. Schechter gives us a swirling look into his life as one of Frank’s party companions, taking us on adventures that crisscross the US from California wine country to a hotel room in New Rochelle. Even though the stories of martinis for breakfast can serve as a cautionary tale about living a life of excess, they still make day drinking look incredibly fun. The chapters are cleverly named after famous cocktails, so I recommend stocking your home bar, and shaking up the namesake drink associated with each section. Call me when you get to “Slippery Nipple.” 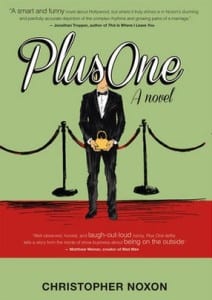 Hollywood-behind-the-scenes novels are nothing new, but Plus One by Christopher Noxon offers some incredibly funny, and highly specific insights. It’s the story of Alex Sherman-Zicklin, a mid level marketing exec with a famous wife who works in the entertainment industry. When she reaches new heights in her career, Alex becomes connected with a group of Plus Ones, men who have wives with levels of income and notoriety far greater than theirs. Noxon efficiently packs vivid descriptions and hilarity into every sentence, for example: “I’m out of my gourd on cough syrup and malt liquor the night I catch the Germs at the Starwood.” The story is highly entertaining, and presumably autobiographical, since Noxon is married to Weeds and Orange is the New Black creator Jenji Kohan. It’s also a fun look at the inter-workings of marriage, and new definitions of matrimonial roles. Ideal drink pairing: fruit punch wine coolers.

Sure to be one of this year’s most popular books, Mermaids in Paradise brings us the newlywed characters of Deb and Chip, enjoying their honeymoon at a Caribbean resort when a marine biologist announces she’s discovered mermaids in a nearby coral reef. Wackiness ensues as greedy corporate mongers try to capitalize on these mythical creatures, and turn the delicate reef into a theme park. The married couple must join forces with a colorful group of characters to save the mermaids in a truly unique comic novel by Lydia Millet. This new book is filled with plenty of satire, and you’ll love, or at least love to hate many of the colorful characters. The sun-soaked settings make this the perfect choice among our best new books to pair with a daiquiri, or frozen margarita. Extra points if you read it on a boat. 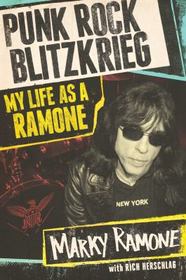 With Ramones t-shirts now being sold at Target, and countless commercials licensing their biggest hits, it’s easy to forget that they are one of the most influential bands in rock history. Marc Bell, a/k/a Marky Ramone, has released the “final word on the genius and mischief of the Ramones,” and the story will leave you reeling. In a chapter titled, “Hell’s Kitchen,” we read about life in a SoHo loft. “The apartment was party central. On any given night, members of the Dolls, the Ramones, and Blondie would stop by.” Um, where’s my invite? The facts of rock autobiographies can be shaky, at best, but details on life at places like CGBG in New York, and the Music Machine in London, make you want to party like a rock star, at least while you read. The book takes us through not only his stint with the Ramones, but the rest of his life and musical career including his friendship with Phil Spector, which is obviously fascinating on its own.  Best drinking buddy: Blitzkrieg Cocktail, of course. 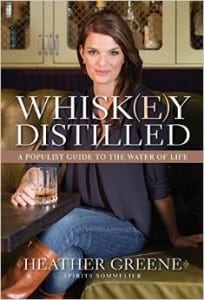 If you are looking for books about whiskey that contain everything you need to know about the good stuff, Whiskey Distilled: A Populist Guide to the Water of Life is a must read. Heather Greene knows her whiskey, and knows it well. Facts about the history and tasting of whiskey are intertwined with insights from her personal journey. The book is also filled with diagrams, charts, and illustrations that distill (see what I did there?) the minutiae of whiskey in to easily palatable shots (did it again). After reading Whisk(E)y Distilled, you can’t help but taste the entire journey of the spirits in your glass when you take a sip. She clearly elaborates on how everything from the way the grains are harvested to the climate where it’s aged has a direct impact on what goes into the bottle. You’ll want to keep an old fashioned glass and a bottle close by as your read, because as Greene describes the flavor nuances of, say, varying wood in whiskey casks, you won’t be able to stay focused without indulging. Recommended whiskey for the journey: Glenfiddich.

Cocktail instruction manuals might not be your idea of recreational reading, but one of the greatest new book releases, Liquid Intelligence: The Art and Science of the Perfect Cocktail, is quite the page-turner. Filled with detailed instructions, well-researched recipes, and mouth watering drink photos, Dave Arnold has written the definitive textbook for cocktail self education. Arnold dives deep when it comes to explaining the chemistry of mixing drinks, but his passion for tending bar shines bright. Even when he’s breaking down the finest scientific details, it reads more like a power ballad than a master’s thesis. Highlights include a beautiful tribute to making your own apple juice, and mind-blowing details about tonic water. It would be impossible to single out one drink as the perfect companion to this book, so my only suggestion is to start easy and pace yourself. I expect to see a Julie & Julia type experience between this book, and some ambitious drunk person.

Cat Out of Hell 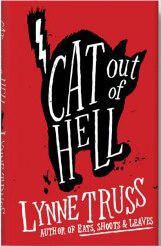 This book has nothing to do with drinking, except I’m sure that talking cats appear to certain drunk people on a semi-regular basis. Cat Out of Hell, a novel by Lynne Truss, is flat out hilarious, and perfect for a night of drunken reading. Equally appropriate for self proclaimed cat people, as well as staunch cat haters, the story follows the journey of a man named Alec, and a talking cat named Roger. As if a talking cat named Roger isn’t awesome enough already, he also comes with a questionable past and an ice cold stare. Truss gives Roger the cat astute storytelling skills, but he’s more Raymond Reddington than Dr. Seuss. At my house, I only have two dogs, but ever since reading Cat Out of Hell, I look over my shoulder anytime a feline crosses my path. Best drink while reading: Black Cat cocktail 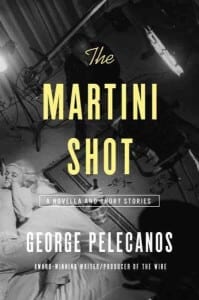 An incredible collection of crime fiction stories, The Martini Shot is great for readers who want to enjoy their cocktails and mystery in shorter spurts. These eight short stories, anchored by the title piece, “The Martini Shot”, explore a wide-ranging group of characters who are fighting against the toughest of odds. The author, George Pelecanos, was a writer and producer on the HBO show, The Wire, so he’s no stranger to pulling the reader into a powerful, brutal world. Many of the stories are reminiscent of the hard-boiled fiction of Dashiell Hammett, and dime store pulp novels. This story collection isn’t for the faint of heart, so you won’t want to drink anything too watered down. Whatever you drink, take it straight, with no chaser. Got it? Good.