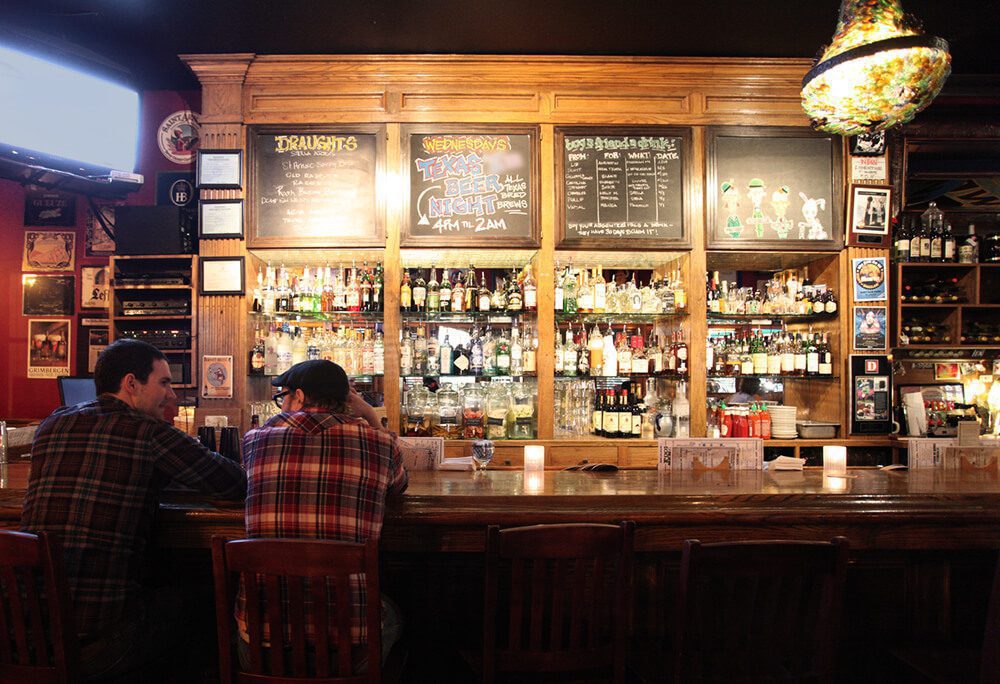 When travelling to a new city, finding cool bars should be a top priority. The trick is, you won’t find a section in the local yellow pages for “coolest bars.” Sure, checking out online reviews is helpful, but just because Lena G. from South Dakota didn’t like the fries, doesn’t mean you shouldn’t go there. Everyone has their own list of likes when it comes to feeling relaxed and having fun in a new bar. Some nightclubs are known for their excessive bells and whistles (sometimes literally). Historic bars tend to have a condescending ego that make some people feel at home, but doesn’t resonate with others. We tracked down 13 hidden treasures from across North America, and have crowned them the Coolest Bars You Never Knew Existed. You won’t necessarily find them in the travel guides, and the hotel concierge probably doesn’t have a pre-printed map to their entrance. These cool hangouts run the gamut from awesome dive bars, to newly discovered gems, to landmark neighborhood pubs that fill up with locals every night of the week. Congratulations to the winners, and please leave your nominations for cool but under-the-radar bars in the comments below. 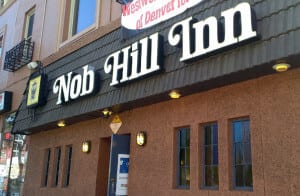 From nutty vintage artwork on the wall, to plenty of oldies on the jukebox, the Nob Hill Inn in Denver, Colorado is the historic bar that all others should strive to be. Situated along the popular Colfax Ave strip of bars, the location is perfect for popping in for a drink and a shot of whiskey during a night of bar hopping. You’ll find an eclectic mix of people, as the vibe here is very inviting. You might have a conversation with a guy who stumbled over from his house across the street, or a local college professor who’s grading term papers in one of the red pleather booths. You never know, and that’s why it’s great. 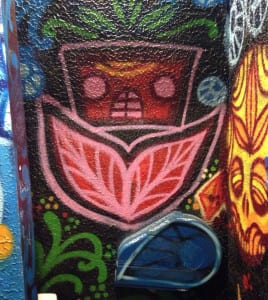 With a slogan like, “Keeping the Pearl safe for the rest of us since 1998,” we are definitely sold on the Low Brow Lounge. Well known as one of the cool bars in Portland, their #1 claim to fame is tater tots. I know, a bar should usually be judged primarily by their cocktails, but after you taste these tots, you’ll understand. You’ll typically find DJs here, helping to keep the fun vibe going until late. Happy hour specials keep the Low Brow Lounge popular among people who frequent the famous Pearl District, and visitors will enjoy getting a sample of a rebellious Portland institution. 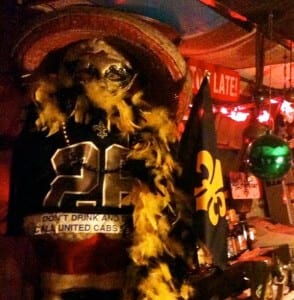 Self-proclaimed as “New Orlean’s legendary dive bar,” Snake and Jake’s Christmas Club Lounge is still unknown to many travelers. Sure, people from all over the world have sidled up to the dimly lit bar and ordered a Shlitz, but this Louisiana pub still feels like a big secret, with it’s hole-in-the-wall exterior and address that’s miles from Bourbon Street. A steady stream of local residents and super cheap drinks, along with classic dive bar surroundings, make Snake and Jake’s one of the coolest bars around. 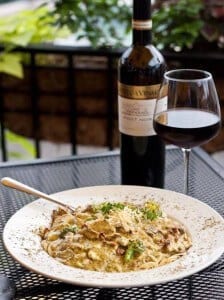 Pizza and wine are a classic combination, but not the first things that come to mind when you think of Nashville. That will change after stopping by MAFIAoZA’s 12South. Styled like a 1920s Italian bistro, this upscale bar and restaurant offers over 70 wines and 65 beer options, all hand selected. With cool features like a solid copper bar and chicken wings that can be ordered by the pound, MAFIAoZA’s is a great diversion from your typical, touristy Tennessee fare. 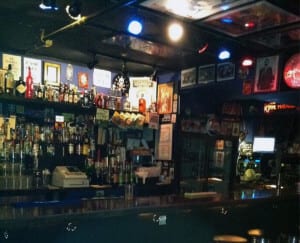 Some people describe The Matodor as an underground bar, because it actually is. Although this bar is centrally located below street level near the historic Santa Fe Downtown Plaza, you’ll feel like you’ve stepped into a rad Manhattan 80s punk bar. Even though it’s surrounded by beautiful adobe buildings, and the rich history of New Mexico, inside you’ll find a shrine to classic alternative, ska, rockabilly, and cult movie favorites. Don’t let the graffiti on the walls fool you– it’s merely another example of the great art that can be discovered in Santa Fe, albeit a little more subversive and way more cool. 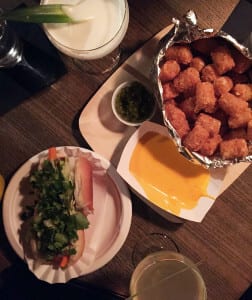 You might have heard something about Please Don’t Tell, but without ever knowing the name. This speakeasy in New York City is know by many as, “the one with the phone booth,” since entry to this hangout is made through an actual phone booth. This bar is tiny, and it’s so popular among native New Yorkers that you will likely have trouble finding a seat. The place is set up from top to bottom with quirky decor, like random taxidermy specimens and tufted leather doors. The posted rules of ettiquette include keeping your voice at a reasonable volume, refraining from cell phone calls, and turning the light off in the bathroom.  At other places, a posted set of rules would seem really square, but at PDT, it somehow fits, making this one of the cool bars in NYC you should check out.

Boasting an incredible menu that puts a Dallas spin on classic American diner fare, The Libertine Bar is a great place to meet for a drink and nibbles on a Tuesday*. There’s an incredible selection of craft beers, many of them brewed in Texas.  You’ll also find over 40 different types of whiskey, and I recommend pairing all of them with the Big Pig pulled pork sandwich. Upping the cool factor at The Libertine is the ability to buy a beer or cocktail for a friend who couldn’t make it, and the bartenders will allow them to stop by and drink it up to 30 days later. Located in the Lower Greenville neighborhood, you’ll also find outdoor seating and Southern hospitality. *Also open every other night. 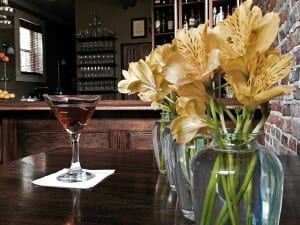 For all of you who travel to the midwest, and think, “I really wish there was a great speakeasy in Ohio,” you’re in luck, because we found a great one. The Volstead Bar is an awesome little 22-seat tavern that embodies the vibe of days gone by. The structure that houses The Volstead was constructed in the late 1800s, and was first home to a winery, and later a popular brothel, so people have been having fun here for decades. Although it’s been updated, you can still see much of the original architecture. 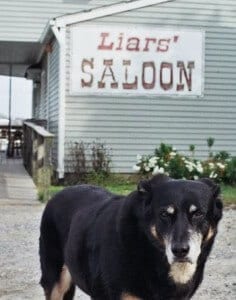 Sometimes the coolest bars pop up in the most unexpected places. The Liar’s Saloon is situated at the back of a boatyard in beautiful Montauk, NY. Comfy and cozy are the name of the game here, unless you stop by on karaoke night when the party crowd shows up in full force. There’s a very loyal group of regulars at the Liar’s Saloon, and many of them have first dibs on a particular bar stool, so respect the arrangement and everything will be fine. 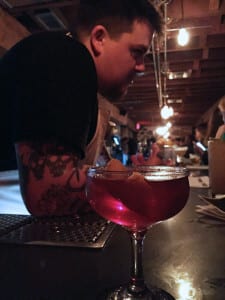 Look no further than the drink menu to understand why the Tough Luck Club is so cool. With cocktail names like, “Nerdface”, “Philosopher’s Burden”, and “Nanu Nanu”, you know you’re in good company. Who doesn’t like a good Mork & Mindy reference? This awesome bar is located in the basement of a pizza place in downtown Tucson. The rock walls and weathered-wood bar make for the best of the best in underground drinking pleasure. 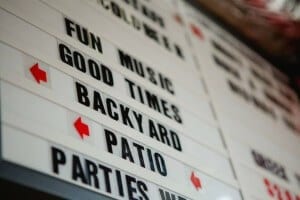 One of the best establishments in Toronto’s up-and-coming Bloordale district is Bar Neon. You’ll find brightly colored, whimsical walls on the inside, and a great outdoor patio for drinking under the sun or stars. Menu favorites include “buck-a-shuck” oysters and daily pint specials. If you happen to be there on a full moon, be sure to wear neon colors and glow sticks to join the locals for a bright nighttime celebration. 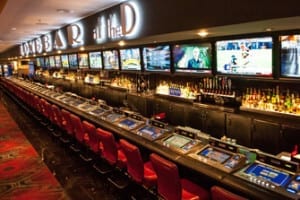 The claim to fame here is, you guessed it, “the Longest Bar in Nevada.” Located in historic downtown Las Vegas, LONGBAR can be found inside The D Hotel & Casino. Stretching for over 100 feet across the casino floor, you can get a drink, watch the game, and even place a bet from your barstool. They serve frozen cocktails to cool you in the desert sun, or just about anything else you could dream of. With 1000 square feet of bar space, there’s no shortage of liquor. 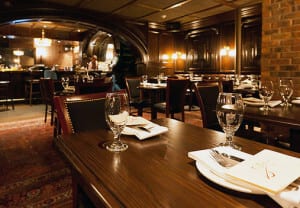 Serving up the best brown liquors and local beers in Boston, Saloon takes drinking seriously. With a family style menu that’s meant for sharing, you’ll dine on classic American favorites in a quintessential American city. Located in the hip Davis Square, you’ll mingle with an eclectic and artsy crowd. There’s no sign to mark the entrance, so look for the unmarked door with cool people going through. 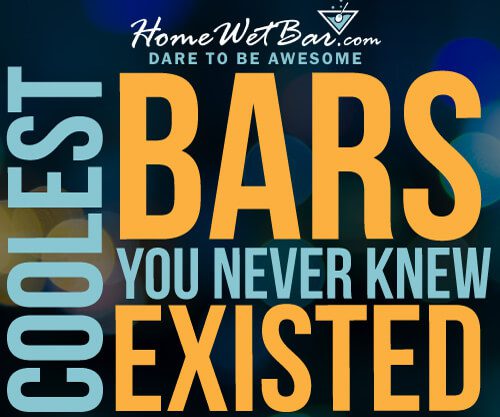