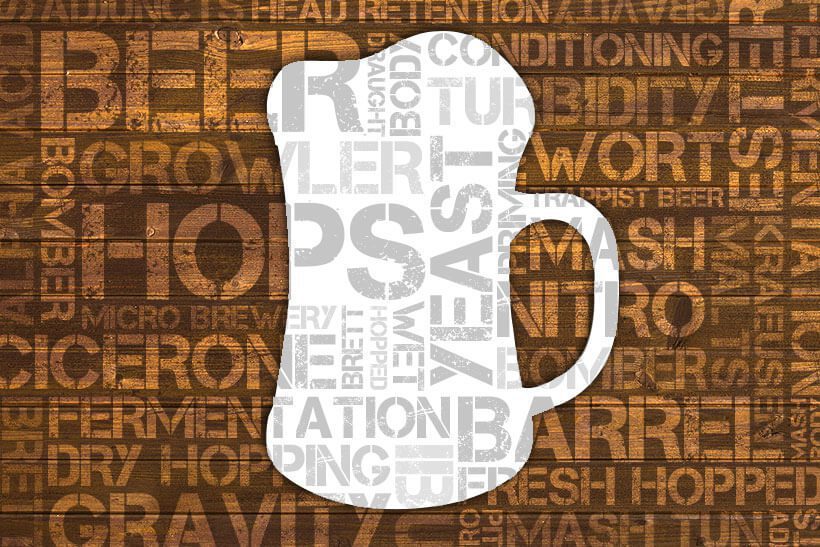 Back to Basics – A Brief Guide to Confusing Beer Terms

Said to be first created almost 4,000 years ago in ancient Iraq, beer has been a drink that has spanned through time and an array of worldly changes. Frighteningly so, America still seems confused about a lot of beer terminology, especially now that craft brews are dominating the world. What was once a simple drink to enjoy in a tap house with friends is now a science, as well as an art. And as with any science there are numerous terms and concepts that one must know to conduct or enjoy an experiment. Popularity in home brewing, beer festival attendance, and formal tastings have grown significantly in the recent past and will only continue to do so. It is becoming necessary to properly equip yourself with beer knowledge, and with this basic beer glossary you can tackle your next beer oriented convo.

ABV: How much alcohol is contained in any given bottle of an alcoholic beverage

Adjuncts: Unmalted grains that supplement the main mash but can add characteristics such as foam retention or unique flavors. Common adjuncts include: rice, corn, rye, oats

Body: The thickness that registers when drinking beer, this depends on the malt protein within the beer

Bung: Stopper used to isolate the carboy from the outdoor environment

Bung Hole: Hole in a cask or keg that is used to fill the vessel with beer, this is sealed with the bung

Conditioning: part of the second fermentation process that yeast refines the ultimate taste of the beer. This process can continue even after bottling the beer.

Draught: Beer that is served in a glass that is tapped from a cask or keg

Fermentation: In beer brewing, the process of fermentation is the conversion of sugar to alcohol 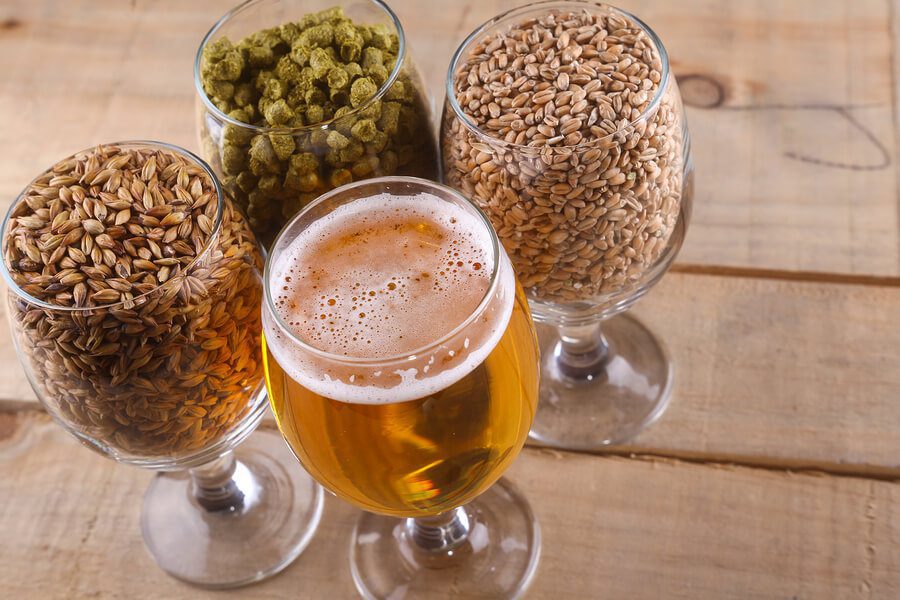 Gravity: Density of beer measured before and after fermentation, determined by the dissolved (finished) or undissolved (unfermented) sugar

Hops: Dried blossom of a hop plant, combined with wort and boiled then cooled and added with yeast to begin fermentation. Two main hop types include bittering and aroma

IBU (International Bitterness Units): Standardized measurement of the intensity of bitterness in a beer

Imperial: Beer brewed with the above average amount of hops. Usually 10% ABV or above.

Kraeusen: German word meaning “crown”. The foamy head that develops on the wort during the early fermentation stages

Lauter: Separating grains from wort that is extracted from the mashing process

Malts: The grain used in your beer, most use barley, that is the source of sugar which is fermented into the beer, the process of malting involves soaking your grain and allowing it to germinate, and then stopping germination with heat

Mash tun: Vessel used to convert grains to sugars in turn into alcohol. Of course properly insulated to maintain temperature

Microbrewery: Brewery that makes less than 1,500 barrels of beer a year

Nitro: Addition of nitrogen into the beer that takes away some of the carbonation leaving you with a smoother and creamier taste

Priming: Adding sugar to the brew to create carbonation is the liquid extracted after the mashing process

Racking: Transferring beer from one vessel to another, usually meant when bottling beer

Session beer: Beer meant to be drank throughout the entire evening and not get you plastered. Usually 4% ABV or below

Sorghum: Grain similar to barley that is used in gluten free beers

Sparge: Spraying grains with hot water to extract as much sugar as possible

Trappist Beer: Beers brewed in a monastery by monks. These beers are not intended to create profit but to aid communities and/ or social services. Beer brewed for good!

Turbidity: The haziness or murkiness of the beer

Wort: Liquid extracted after mashing. Wort holds the sugars that will be processed into alcohol during fermentation by the brewing yeast

Zymurgy: Science of brewing and fermentation

Types of Beer – Ales vs. Lagers

Differentiated by types of yeast (lager yeast and ale yeast) beer is separated in these two categories. Ales are created with top-fermenting yeast that, hence the name, ferments at the top of the tank. Lagers are brewed with bottom-fermenting yeast. While ale yeast draws much of it’s flavor from the yeast itself, bottom fermenting lagers do not draw much flavor from the yeast, their flavors are drawn more from adjuncts.

Another key differences between ales and lagers is the temperature at which the yeast ferments. Ales ferment at a warmer temperature (around 75 degrees) causing them to ferment much faster while lagers ferment at much cooler temps (46-59 degrees). Lager actually comes from the german word “lagern” which means to store. Referencing the longer fermentation time. 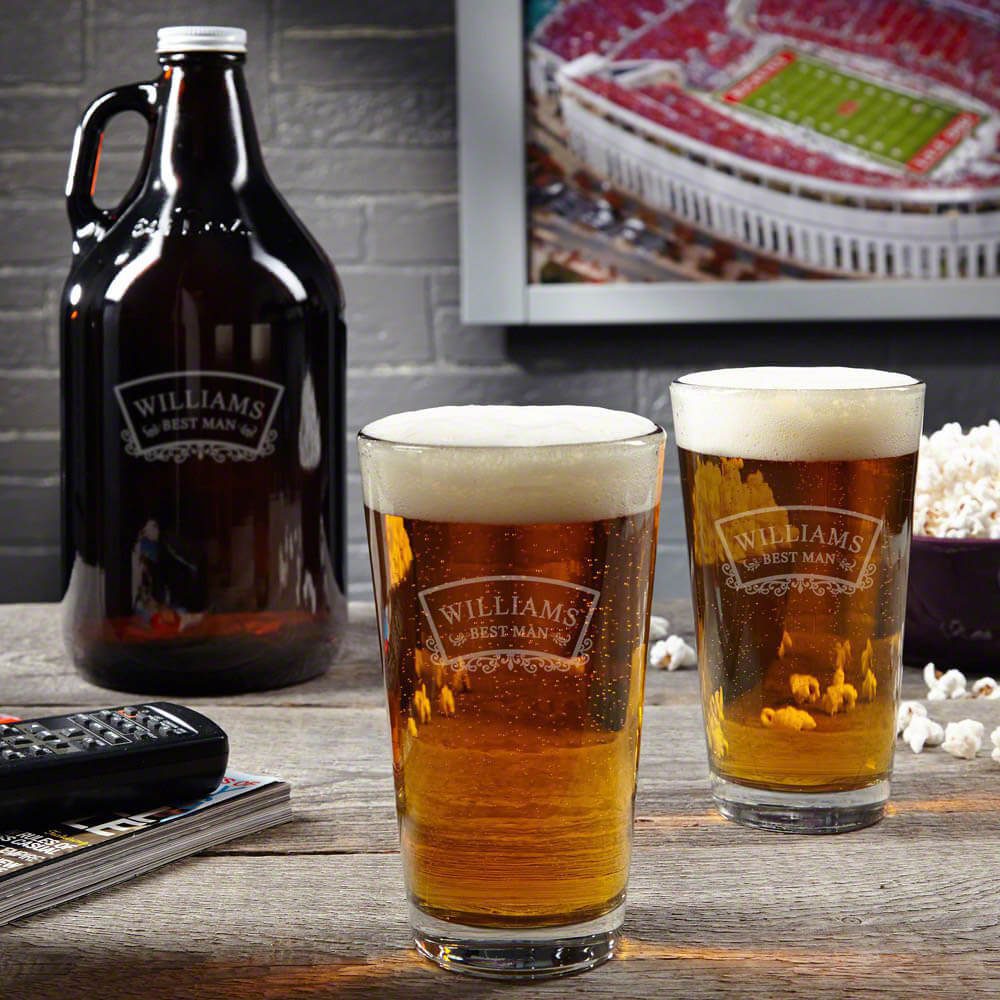