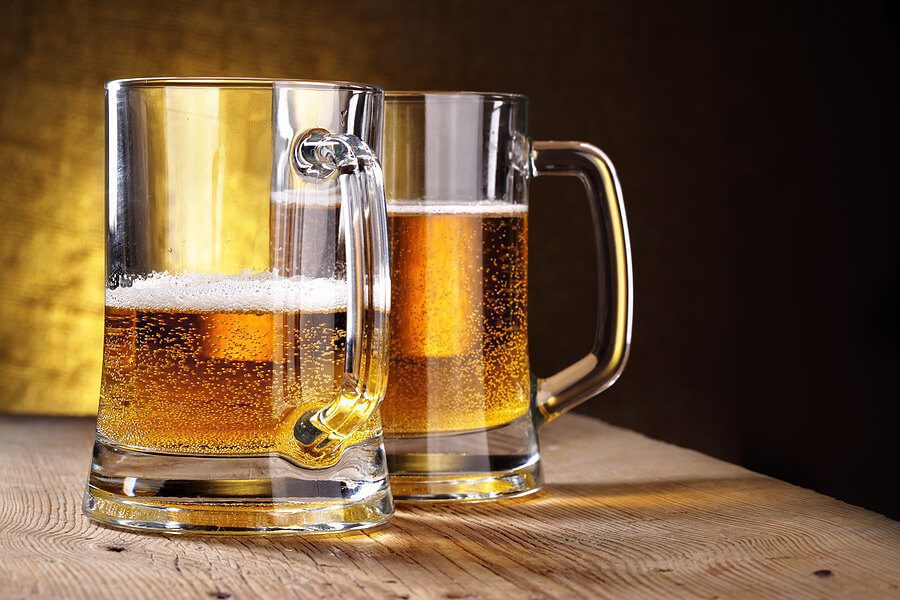 Beer Gifts for the Man Who Has Everything

Unique Beer Gifts Even the Man Who Has Everything Will Love

For lots of guys, beer is life. They love beer drinking, beer brewing, and beer talking. For them, beer is a hobby, an area of expertise, and a life-long love affair. After so many years of sharing the joys of good beer, cabinets can become filled with beer gifts: t-shirts, antique bottle caps, and interesting bottles from all over the world. Everyone loves a cool pint glass, so they’re an easy win for the affectionate gift buyer, and sure-to-get-a-smile treasures for the recipient. Once the cabinets and dresser drawers are full, though, what next? We’ve assembled a list of highly desirable beer gift ideas that have a significant chance of surprising even the most seasoned beer lover. These beer gifts for the man who has everything may not always fit in the man cave, but they’re sure to to be far more memorable than that “Nobody Rides for Free” foam koozie.

There’s no shortage of new and trendy beer ingredients, so sometimes it’s good to stop and look back on tradition. Thanks to modern archaeology, there are lots of interesting ancient beer recipes out there. Although most beer from past millennia lost its buzz a long time ago, there was a batch discovered in recent years that dates back to the Neolithic period.  Preserved pots found in a tomb in Northern China were tested, and a forgotten piece of history was rediscovered: a mixed fermented beverage that at least one person found good enough to take to the grave! The recipe was deciphered, and it’s now produced commercially by Dogfish Head Craft Brewed Ales, but wouldn’t your dad get a kick out of making the recipe at home? Just gather up some hawthorn fruit, sake yeast, barley and honey, and fire up the home brewing equipment for a taste of the oldest beer in the world.

A far cry from your everyday beer garden, a barley field is one of the beer lover gifts that keeps on giving. For starters, dad can make his home brew truly one-of-a-kind by using his own exclusive crop of grain. Sure, it might take a little more effort, and hours of backbreaking labor, but nothing worthwhile was ever achieved the easy way. He can also give tours, and even set up a scheme to have others pay him a small fee to help harvest the crop, just for the novelty of it. Genius! It will also give him something else to photograph and post on Facebook, other than breakfast, lunch, and dinner.

Unique and funny bottle openers are common gifts for beer lovers, and with good reason. You need them everyday, they don’t take up a lot of room, and you can never have too many. For some reason, though, you can’t ever find one when you need it. Sure, you can do try the old pop over the edge of the kitchen counter, but that can be dangerous for the counter. You can open a beer with a wrench or a paint key, but those are always lost, too, fallen into the black abyss of a “junk drawer” somewhere. All of these problems are solved by the super-practical wall mount bottle opener. It doesn’t get lost, it looks cool, and your buddies can’t “accidentally” put it in their pockets and then forget to bring it back forever. As a bonus, it’s less expensive and easier to maintain than a barley field.

When you’re buying gifts for the man who has everything, one of the best solutions is to avoid actual objects all together, and book a vacation instead. It reduces clutter, and you can invite yourself to go too! Destination beer vacations can be anything from a road trip to a local brewery, to a guided tour of London’s oldest pubs. A great place for the entire family, right here in the US, is the Trapp Family Lodge in Stowe, Vermont. Owned and operated by descendants of the world famous, musical Von Trapp family, they opened their own brewery back in 2010. They brew a several lagers, with special attention given to re-creating traditional Austrian taste. They offer flights to visitors, as well as bottled brew to take home. The water used in their brews is drawn from a nearby artesian well. There are a number of taverns and the Crop Brewery nearby, so there are plenty of places to venture out and have a new brew experience.

Isn’t technology wonderful? A new company in Washington state has been hard at work developing the first all-in-one home brewing appliance. Replacing a warehouse full of home brewing supplies,the PicoBrew Zymatic™. By adding your own favorite ingredients, anyone can create a one of a kind craft brew with just the touch of a button. The unit is about the size of a large commercial microwave, so it will consume some counter space, but that’s a small price to pay for the convenience of brewing anything you want, anytime. Try brewing that 9,000 year old recipe for that “The Jetsons Meet The Flintstones” experience.

His Name on Custom Beer Labels

Another way to find beer gifts for the man who has everything is to have them custom made. Everyone loves to see their name on stuff, and beer lovers are no exceptions. These custom beer labels are printed on high quality paper, and stick right onto any bottle. Since these personalized beer bottle labels made to order, they complete the beer brewing process with style, offering a professional feel, just like what you see in any local brewery. When Dad takes a drink from his own home brew in a bottle bearing his own name, he’ll feel like he’s truly arrived.