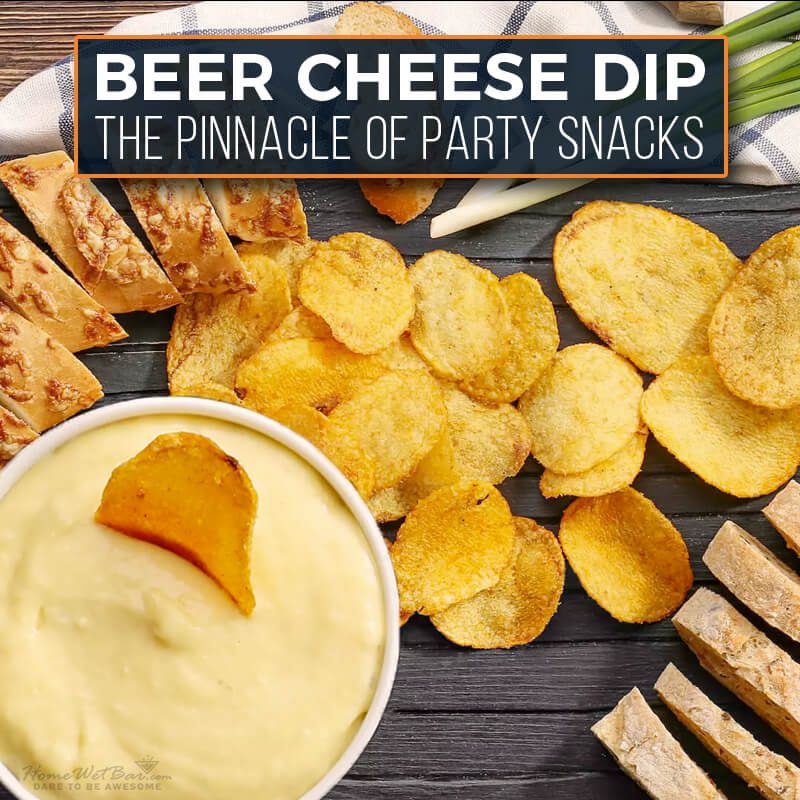 The best party snack you will ever have at any party is beer cheese dip. Born in America and now loved across the globe, this holiday and gameday favorite has become a staple of buffet tables everywhere. Traditionally made with things like sharp cheddar, garlic, spices, and of course, beer, it’s a melting pot of fantastic flavors. Easy to make and even easier to consume, just find a pretzel or potato chip, and you are ready to indulge.

Beer cheese dipping sauce was born in the USA, in the Midwest to be exact. An offspring of the Bluegrass State, Kentucky Gov. Steve Beshear signed a bill in June of 2013, declaring the city of Winchester, KY the official birthplace of beer cheese. Soon after, the Winchester locals opened the Beer Cheese Trail, a self-guided tourist attraction where participants visit five different local artisans. If you buy something from all of them, you get a free t-shirt. The only thing better than handcrafted party snacks is free t-shirts, so add this to your bucket list immediately.

From Appalachian origins, beer cheese migrated north, east, west, and across all oceans. The original makers now distribute worldwide, and historically cheesy states like Wisconsin and Vermont have developed their own versions. Other big names have gotten in on the cheese-beer-dip action as well. In October of 2016, Carl’s Jr., Hardee’s, and Anheuser-Busch partnered to introduce the Budweiser Beer Cheese Bacon Burger, made with a charbroiled beef patty, caramelized onions, and topped with beer cheese sauce made with Budweiser. 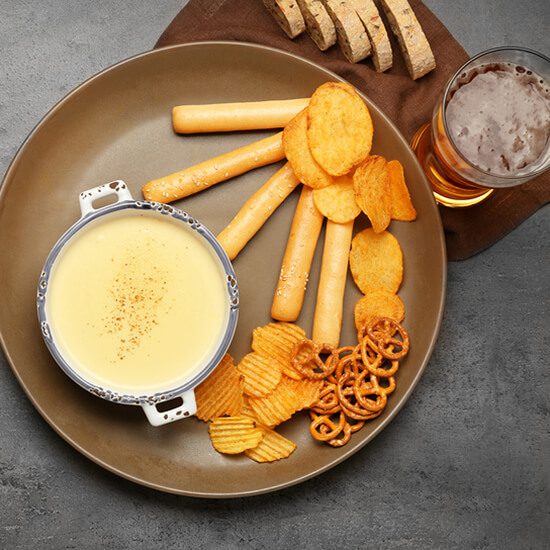 Craft brewers have recognized the appeal of turning their local beer into party snacks, too. The self-proclaimed “oldest craft brewery” in Orange County, Evans Brewing Co. Inc., has started capitalizing on the awesomeness of beer-based food. According to an article in the Orange County Business Journal, the owners make a beer cheese dip in-house and offer it as a topping for their burgers and pizza. (They also have something called “brew-b-q sauce.” The call of a road trip beckons, still.)

Pre-made beer cheese spread let’s you skip the prep work, but making it fresh at home is uncomplicated and inexpensive. When cooking for men who are big craft brew fans, get their input on what kind of beer to use. If they don’t have a preference, just go with the advice of the pros. Rob McFerren recommends in an October 2017 article on cheese and beer pairing, “The rich protein flavors of the aged cheddar are complemented by the intensity of the hops of an IPA and the roasted chocolate malt flavors of a Stout or Porter.” Be warned though: dark beers like milk stout can make your spreads and dips turn a deep brown, so on your first outing, go with pale ale to give you better control of the color. The original was served cold, but for me, the best beer cheese is always warm. Here are three easy recipes.

Get ready for your next party with awesome beer glasses! 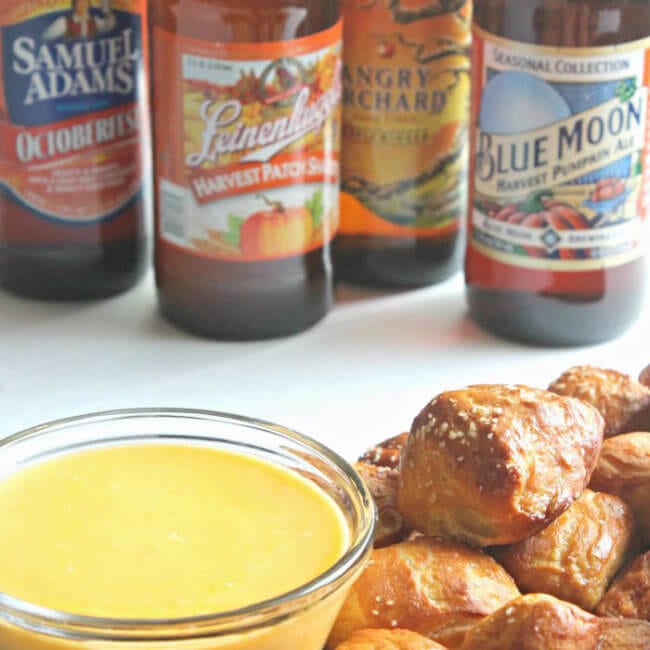 This would be a great Super Bowl appetizer because you can keep it warm for hours in a Crock Pot. A simple, traditional recipe, it only requires five ingredients making it an excellent option for beginners. The author over at Casa de Crews recommends using Sea Dog Raspberry Wheat, and sliced apples as one of the dipping options. 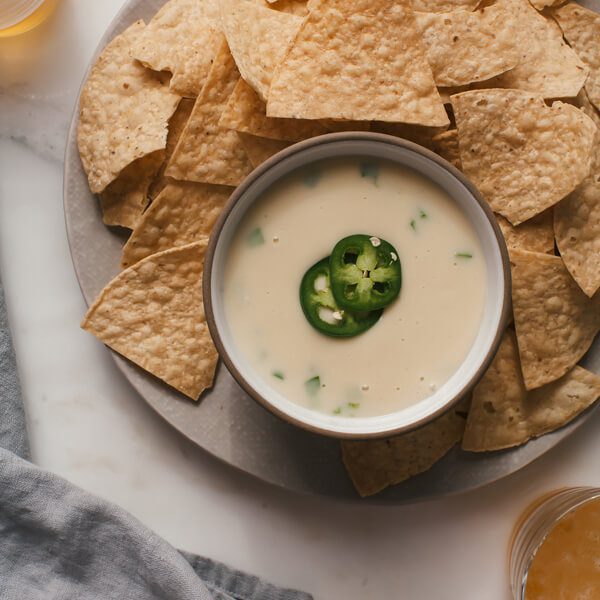 Jalapeño is a favorite ingredient in party snacks for adults, and this spicy beer cheese dip fully embraces the famously hot pepper. A recipe from PBS Food, it calls for Dijon mustard and Worcestershire sauce, two of my favorite “secret” ingredients. 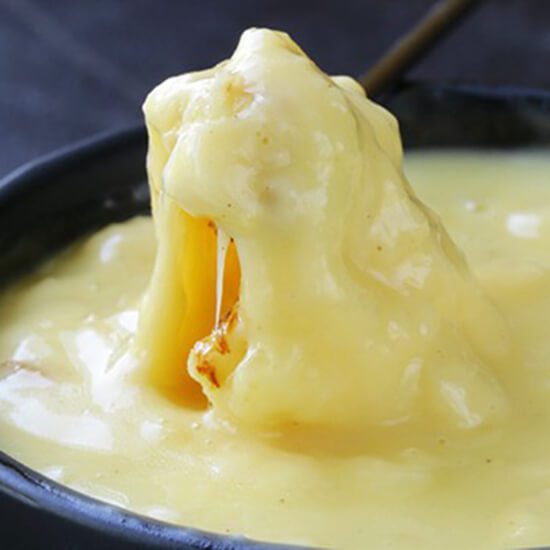 An interesting twist on the classic, this spread can be served hot or cold, incorporating goat cheese and Hefeweizen. I love the light golden color and super-creamy texture. This recipe also received a stamp of approval from The Brewers Association. 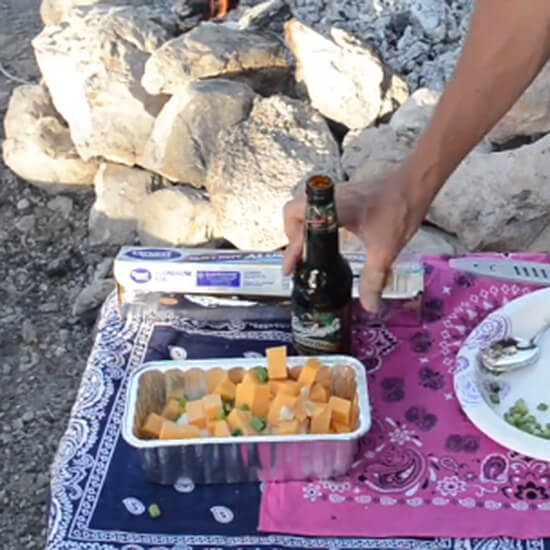 Courtesy Cooking Life to the Fullest

Out on the trail for the weekend? As long as you’ve got cheese cubes and a craft brew (and surely you do), you can make party snacks for every camper. This recipe from Cooking Life to the Fullest has an instructional video for fool-proof cooking. It calls for green onions which still grow wild in many places, so it’s like you are foraging for your supper, right? 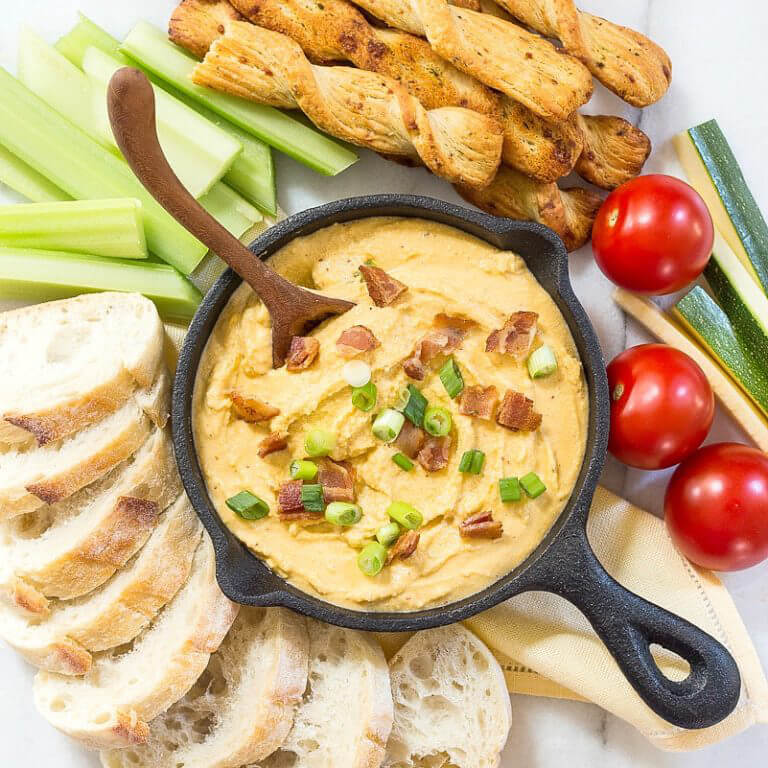 If you love kitchen gadgets, this is the best recipe for you. You grind up the cheese in a Vitamix, then add things like Tabasco sauce and scallions. Of course, the crumbled bacon topping is sure to be a hit. Since it’s technically Canadian, we suggest using a bottle of Kokanee in the dip and serving more Kokanee at the party.