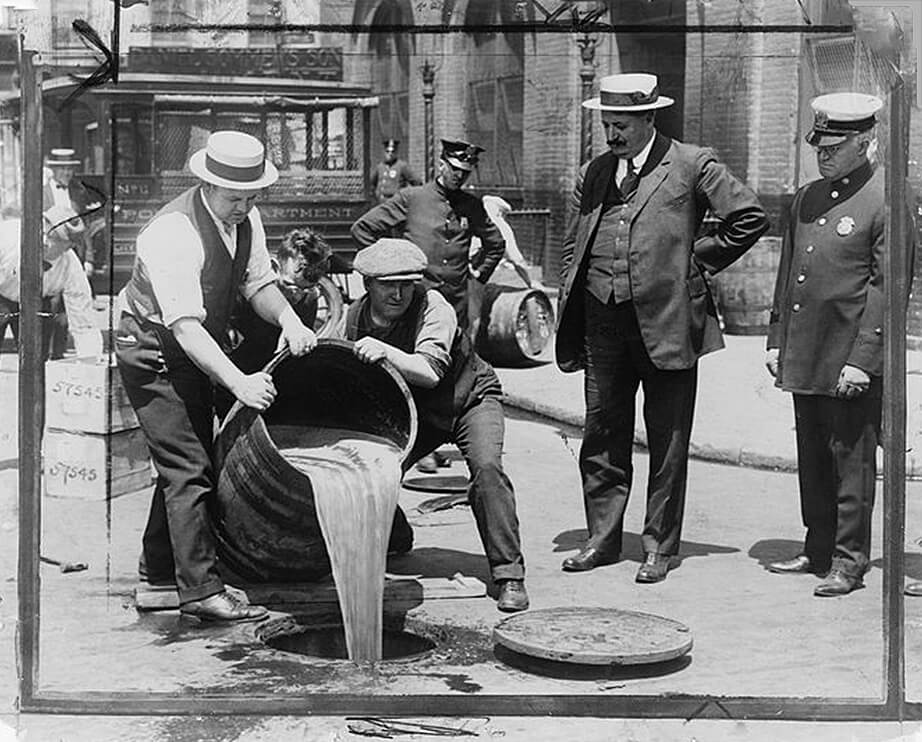 27 Reasons Why Prohibition was One, Long, Craptastic Party

When you think of the 1920s, one might imagine speakeasies filled with plush carpet, cigar smoke, jazz music, and bathtubs full of gin. Let’s remember, however, that the Prohibition years were full of street fights, exploding farmhouses, and deeply divided groups of people. Remind you of a really terrible party? It was. Even as music and nightlife flourished, the underbelly of America got darker and more unseemly. Here are a few Prohibition facts that describe a period in our history filled with scandalous parties and unlikely lawbreakers. 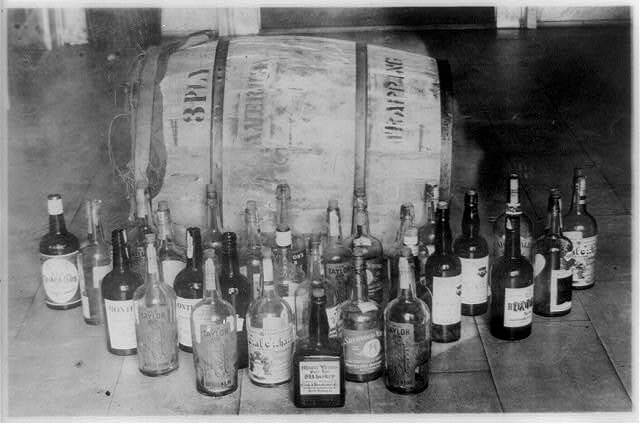 Photo from The Library of Congress

• Prohibition didn’t make drinking alcohol illegal. So what was the 18th amendment? It criminalized the production, transport, and sale of alcoholic beverages.

• The home brewing of beer actually started during the Prohibition years. Even though bootlegging and illegal sales was big business, many people simply made their own beer at home, since the ingredients were easy to find, and you could drink it within a few days.

• Booze-making shops opened up around the country during the US ban on selling alcohol. Stores would carry hops, yeasts, tubing, and kettles, all essentials for distilling. To stay open, these shops told authorities they were there to “enable the housewife to make catsup or rootbeer.” 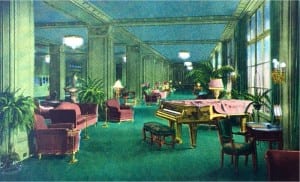 • The leisure cruise began during 1920s Prohibition. According to The Roaring Twenties, by Marcia Amidon Lusted, “cruises to nowhere” were oceanic trips into international waters, where the boats would sail in a circle while rich passengers drank their faces off.

• Leaders of the Temperance Movement paid to have the Bible rewritten to exclude all references to alcohol. So much for, “drink thy wine with a merry heart.”

• More than 64 slang terms for drunkenness were coined and/or popularized during the Prohibition years, such as four sheets in the wind, boiled as an owl, and lit up like a store window. 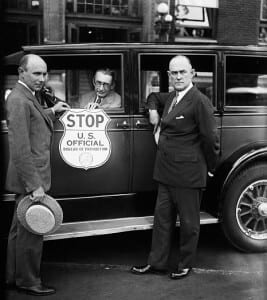 • Just because booze was illegal didn’t mean it was hard to find. Per capital liquor sales in Canada went from 9 gallons to 102 gallons per year before the end of Prohibition. Southern Americans traveled to Mexico, Bermuda, and the Bahamas, according to Marc McCutcheon in Everyday Life from Prohibition through World War II.

• The 1920s gave a boom to soft drink companies. Sales of soda pop in the US skyrocketed, as people realized the strong flavors help cut the harsh taste of illegal booze.

• The Volstead Act, legislation that gave rise to the 18th amendment which started Prohibition, actually contained a massive loophole. Doctors could prescribe alcohol to patients for medical reasons. Sound familiar? 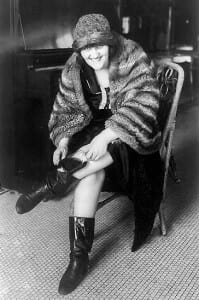 • One of the most famous quotes from the period was credited to Franklin D. Roosevelt. Legend has it that when he signed the Volstead Act into law, his first words were “I think this would be a good time for a beer.”

• Another famous quote from the twenties comes from American gangster Al Capone, who said to a newspaper reporter, “I violate the prohibition law-sure. Who doesn’t?”

• A number of phrases were used to describe illegal alcohol in general, including panther piss, rot gut, and coffin varnish.

• In 1923, a government agent timed how long it took him to purchase illegal booze upon arrival in various cities around the country. In Washington DC- 2 hours and 8 minutes. In New Orleans- 35 seconds.

• Sneaking alcohol around became an art form during the temperance movement. Hollowed out canes, books with secret compartments, hip flasks, and garter flasks were all developed during the twenties.

• People got pretty creative when it came to getting booze into the US. During the winter, rumrunners in Canada would drive cars across the frozen Great Lakes, presumably drinking some of the profits to stay warm during the trip. 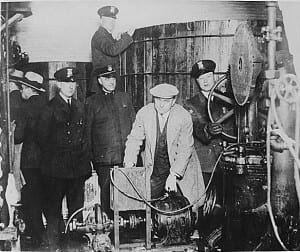 • Gang violence goes way, way back, and America in the early 20th century was no exception. The infamous Al Capone is credited with the St. Valentine’s Day Massacre, a fight where seven men were killed, battling over their control of regional illegal liquor business.

• With the prominence of gangs in many large metropolitan areas came new street vernacular. The term “one-way ride” was used by gangsters to refer to the act of picking someone up, driving them to a remote locale, and murdering them, a popular pass time for those guys.

• Women cashed in on the bootlegging action as well. Jospehine Doody, nicknamed “The Bootleg Lady of Glacier National Park” was a prominent bootlegger in Montana. Apparently the trains would blow their whistles as they approached town, signaling how many jugs of hooch they wanted to buy.

• According to Karen Blumenthal in Bootleg: Murder, Moonshine, and the Lawless Years of Prohibition, speakeasies would accept shipments of beer that was technically legal (with only trace amounts of alcohol), and inject it with 100% pure alcohol. This drink-hack actually made the beer more intoxicating that what had been sold legally years before.

• NASCAR owes its livelihood to the prohibition of alcohol. In the 1920s, stock cars were driven by moonshiners, who souped up their automobiles to outrun the law while carrying alcohol over state borders. What started as amateur races among drivers for fun, eventually turned into organized professional racing.

• Penalties for bootlegging and rumrunning got tougher throughout the decade. By 1929, first time offenders could get up to five years in prison and a $10,000 fine. Calculated for inflation, that’s $136,518 today. 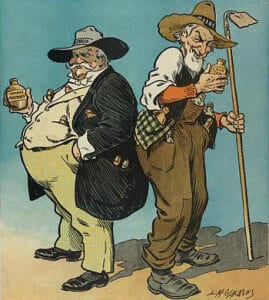 • Chicago had a very special recipe for moonshine called “yack yack bourbon,” made with iodine and burnt sugar.

• Income tax was imposed as a way to replace government money lost by liquor taxes. Prior to when the 18th amendment was passed, congress legalized income tax across the country to create revenue that would disappear during the years of Prohibition. Of course, after the United States became “wet” again, income tax was here to stay.

• Sometimes rebelling against the law was a family affair. Parents would enlist their own children, and sometimes neighbor children, to help in the difficult process of distilling alcohol. Many times, the kids were paid with a small share of the product! 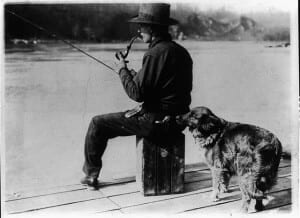 • The end of Prohibition marks the one and only time in American history that part of the US Constitution was erased. The “experiment,” as Herbert Hoover called it, had failed, leading not to a more moral nation, but to lawlessness, racketeering, and senseless violence.  Although, having the phrase “lit up like a store window” is definitely on the list of wins.