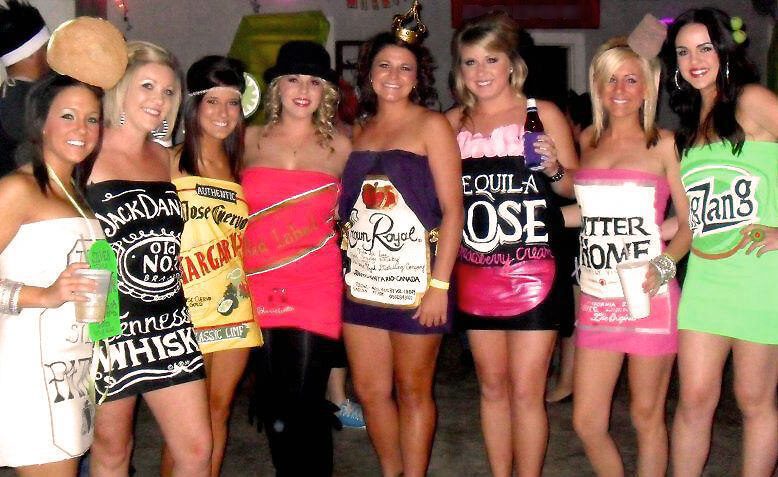 Thousands of years ago, the holidays that eventual became Halloween were primarily for adults. Over the centuries, it became about kids trick-or-treating and pumpkin patches. But now, thanks to, well, who knows, grown-ass adults are getting in on the action again, and it’s more than just stealing mini Snickers bars from the kiddie bags after they’ve fallen asleep. October 31st is a full on drinking holiday.

Halloween is on a Saturday this year, and if you’re in an area that observes daylight savings time, you get an extra hour of nightime as well. Thank you, Gregorian calendar system! To get you ready for the weekend, were are the best boozy Halloween costumes for adults. From whiskey theme, to boxed wine inspired, to beer costumes, we’re serving only the best for your costume contest inspiration. 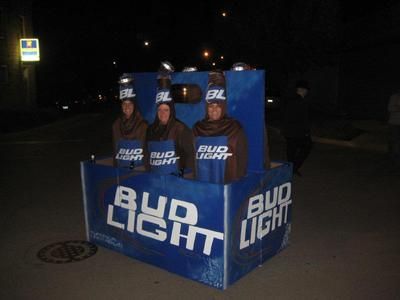 If you’re like me, adult Halloween costumes are all about the group effort. That’s why I love these Bud Light Six Pack beer costumes. If you’re taking an Uber to the party, you might want to spring for XL. 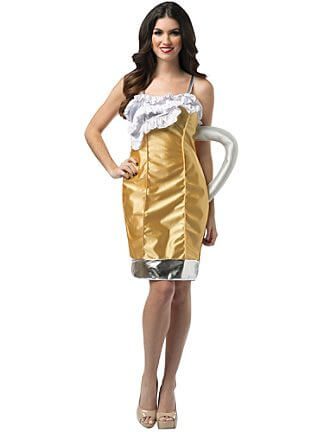 For the more genteel beer loving party goer, you might like the beer mug cocktail dress, complete with frothy ruffles. As the party makes its way to the club, be prepared for free beers from amateur flirts all night long. 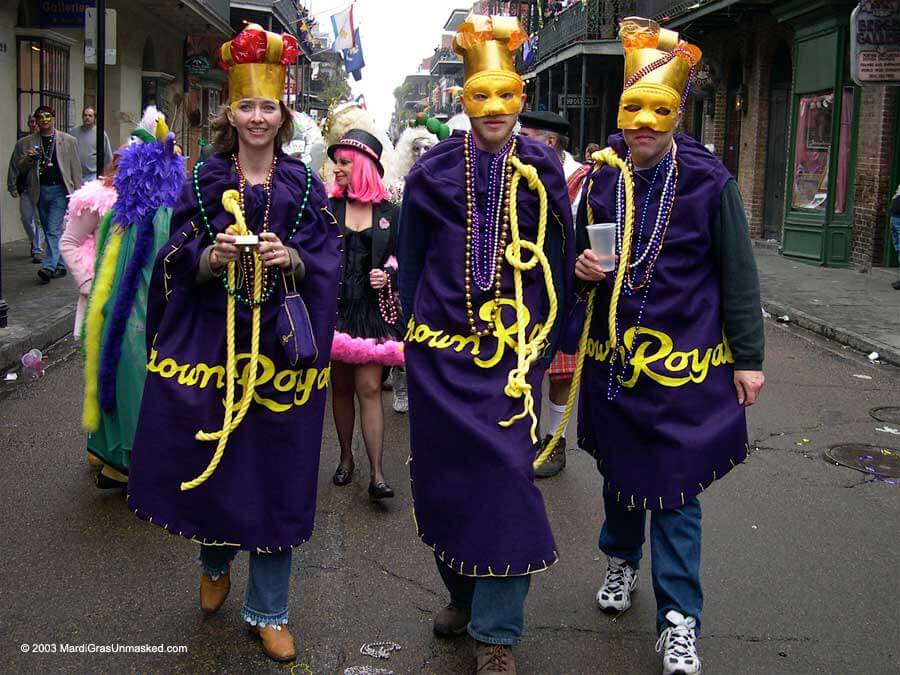 The ubiquitous purple velvet bag has been around for ages. I remember when my uncle was a teenager and found one outside the grocery store. It quickly became his favorite dashboard accessory. Now, the Crown Royal bag makes a splash among the best alcohol costumes. Fall is the beginning of velvet season after all. 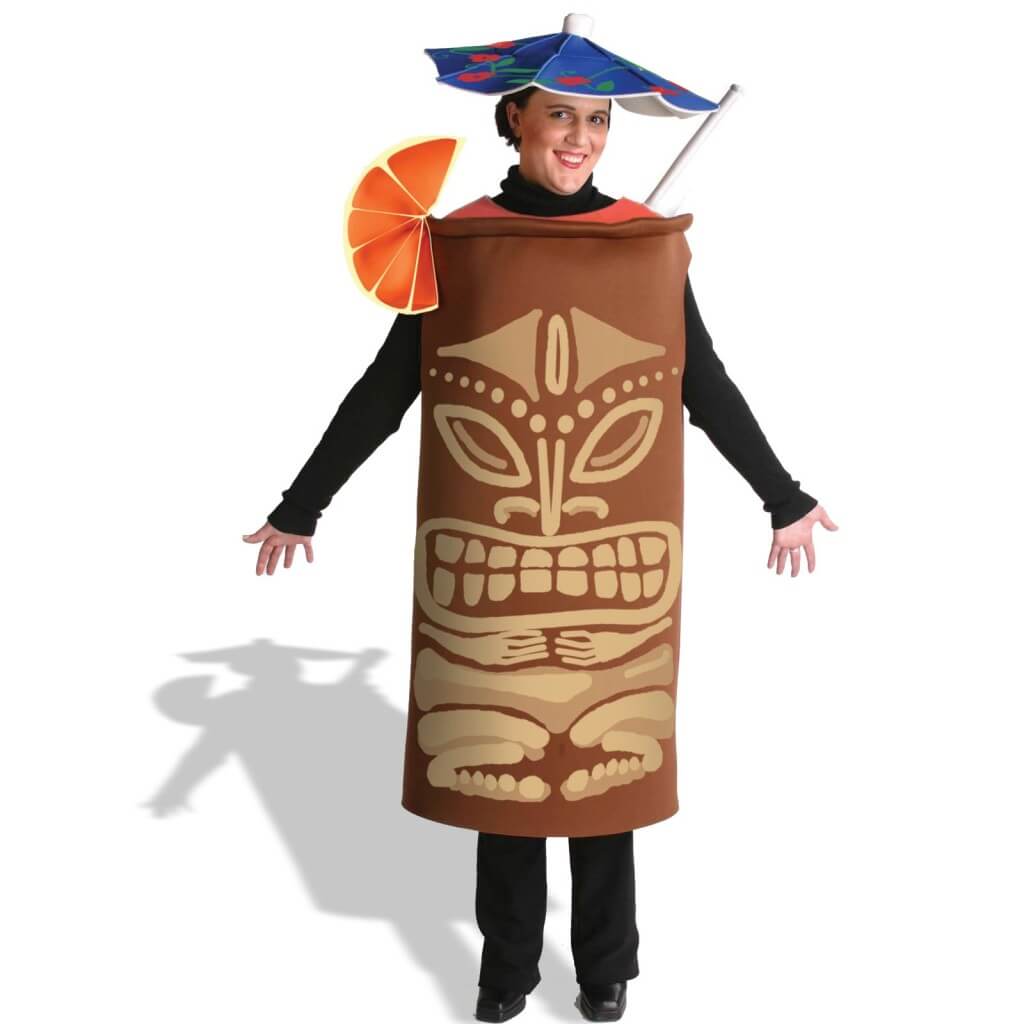 If you’re one of those people who never wants to let go of summer, keep the season alive with this tiki mug costume. Don’t forget to arrive at the party with your own tiki mugs, suitable for unlimited refills. 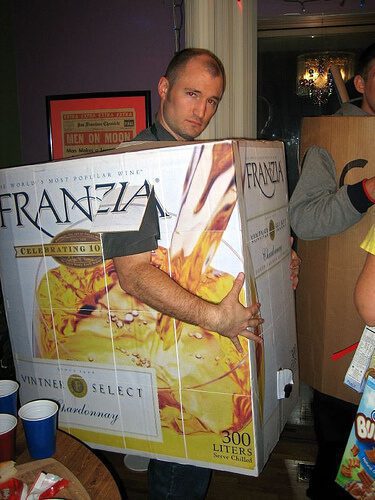 By now, everyone knows that fancy wine is for the dinner table, and boxed wine is for parties. Or Netflix weekends. But drinking Halloween costumes won’t get you very far alone on the couch, so why not sport this awesome Franzia box couture? If you search around a bit, you’ll find that some folks get pretty creative with the location of the wine spout. 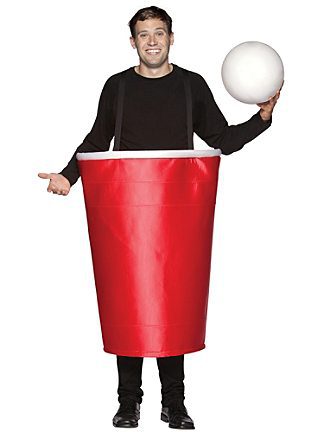 I had a dream once about being trapped in a red Solo cup while some giants were playing beer pong, scared for my life that the ball would land on my head. That was a nightmare, but this beer pong costume is a dream. 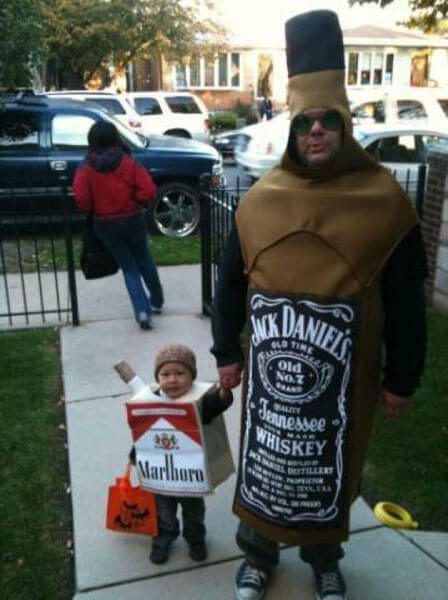 Even though adults have co-opted Halloween as their own, there’s no harm in letting the kids have a little fun, too. There are a lot of Jack Daniel’s themed costumes out there: Jack & Coke, Jack & Soda, Jack & Diane. We are definitely not promoting tobacco use under the legal age, but that’s the whole freakin’ joke. A kid dressed as a pack of full flavor smokes? Hilarious! 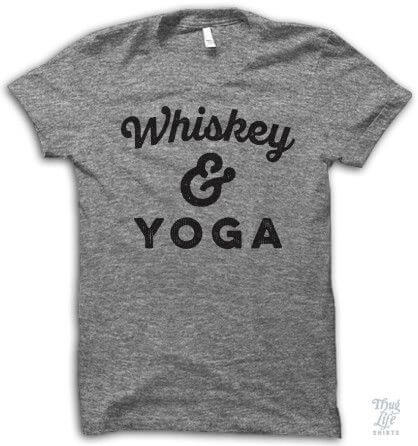 If you are a simple guy that shies away from painted cardboard and vapid costume contests, there’s always ironic t-shirt adult Halloween costumes. If you ask my yoga instructor on Sunday morning, though, maybe this tee isn’t that ironic. It wouldn’t be the first time it smelled like Canadian Club on my mat.