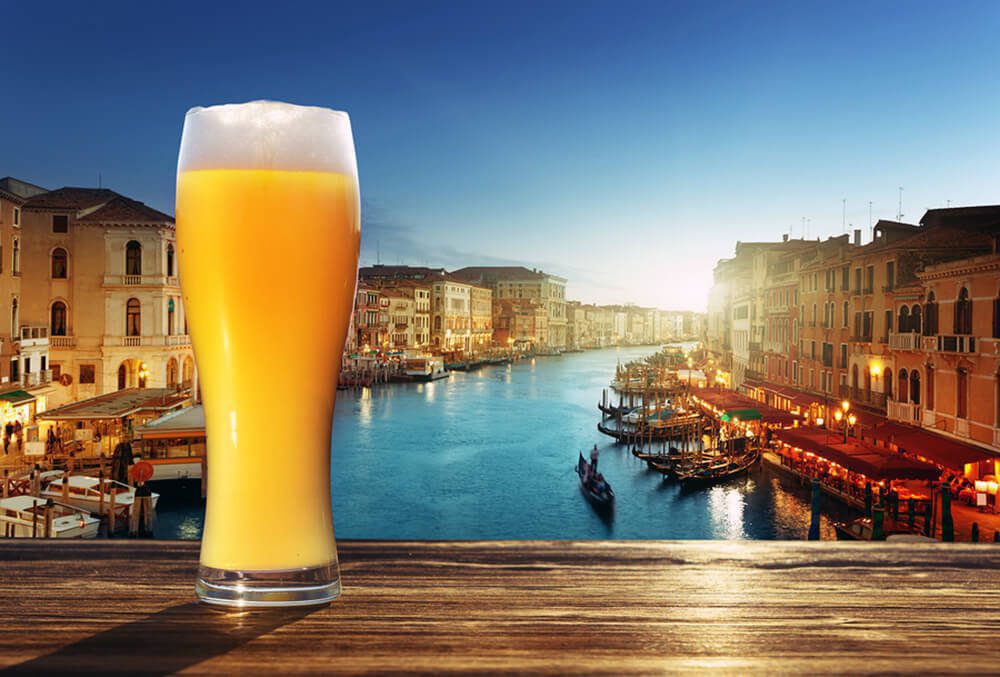 A Sample of Europe’s Best Cities for Beer

Sure, neighboring France may take credit for wine. But when it comes to beer, Belgians run the roost.

Why? No other country boasts as many styles of beer (many of which are only brewed locally) or brewing methods. In fact, Belgian ales are predominantly brewed using wild yeasts. These yeasts create spontaneous fermentation which accounts for Belgium’s wide variety of beers.

And there’s no better place to get started than Brussels. Not only can you try most regional beers here, Brussels is undoubtedly the best place to dine on the Cuisine à la Bière.

Of course, no “beer trip” to Belgium would be complete without visiting…

This medieval city boasts an incredible number of local beers (and pubs). Each style of beer is served in its own unique glassware which – according to locals – brings out its aromas and flavors.

While in Bruges, take a tour of the De Halve Maan Brewery. This brewery – which dates back to 1564 – offers tours in English and is a fantastic place to try Brugse Zot beer, a Belgian Pale Ale with mild fruit flavors and moderate alcohol.

Mention “Dublin” and images of Guinness usually appear (to us, anyways). Its founder, Arthur Guinness, signed the lease at St. James Gate in 1759 (for 9,000 years!) and it’s been a staple for beer lovers ever since.

A tour of St. James Gate is required for beer-lovers, though its highlight is the view from the revolving bar which overlooks the city. And yes, beer is included in the price of admission.

Two other things to note: first, be sure to try the “other” Irish stout: Murphy’s. Brewed in Cork – Ireland’s second largest city – it’s considered by many to be even better than Guinness.

The other attraction is the Jameson Distillery, which offers daily tours of their factory. If they ask for volunteers, put your hand up: there is a LOT of free whiskey for volunteers!

Like many German cities, Cologne has its local beers and customs. The best here is Kölsch, a dangerously drinkable top-fermented ale. Here the waiters will keep filling your Stangen (a 200ml beer glass) until you put a coaster over it. If only all bars were this forthcoming!

Want to drink your beer in true German fashion? Fill up this authentic German beer boot with some great German beer and celebrate October Fest whereever you are.

Munich just may be the biggest beer city in the world. Its collection of beer halls located along Munich’s Altstadt, especially Hofbräuhaus, are world-renowned for both the quantity and quality of beer consumed.

Plus, Munich is home to Oktoberfest. That alone puts it on the map for beer-lovers. Interestingly, Oktoberfest began as marriage ceremony and morphed into the world’s largest fair (with over 5 million visitors each year) spanning sixteen days from late September to early October.

All beer for Oktoberfest must be brewed in Munich and follow the brewing traditions of the German Purity Law, or Reinheitsgebot. Nearly all so-called “popular” US beers are pilsners, a light beer style which comes from the Czech Republic.

But unlike U.S. versions, Czech beers are full of flavor. Perhaps that’s why the Czechs consume more beer than anyone else in the world.

You read that right. Czechs, on average, consume 156 liters of beer every year. That’s over 41 gallons!

In Prague, the most popular beers are Pilsner Urquell, Gambrinus, Budvar and Bernard. While there, be sure to visit the Klášterní pivovar Strahov (Strahov Monastery Brewery) where you can learn more about the Czech’s history of brewing pilsners and their stronger, darker beers (some of which exceed 12% alcohol).

Sure, Copenhagen (København) is known for Tuborg and Carlsberg.

But look closer. There are more micro-breweries here per capita than anywhere else in Europe. A popular spot for beer enthusiasts is Jacobsen, a brew house in Varby specializing in rare beer styles. Other places worth exploring are Vesterbro Bryghus and Nørrebro Bryghus.

Kraców has got it all: a gorgeous medieval square, friendly locals, greet beer and (as an added bonus) it’s incredibly cheap.

Popular beers here include Żywiec, Okocim, Czarny Smok and Tyskie. You can find these beers in most local bars.

The Żywiec beer museum is a great spot to try traditional Polish beers, while a tour of nearby Tychy lets you learn about beer making and sample fresh beer.

We know, having three Belgium cities is a bit overkill. But Leuven – considered the “beer capital of Belgium” – is just too good to miss.

It’s home to InBev, which makes Stella Artois, Leffe and Hoegarden. While this brewery gets most of the attention, most beer aficionados head to the Domus brewery pub to choose from its over 60 beers.

So  there you have it: some of Europe’s top beer cities. Which did we leave out? Let us know in the comments below! And remember to stop by our beer section you can find here http://www.homewetbar.com/beer-c-31.html for great beer accessories, bottle openers, and personalized beer glasses to fully enjoy your taste for European beers.