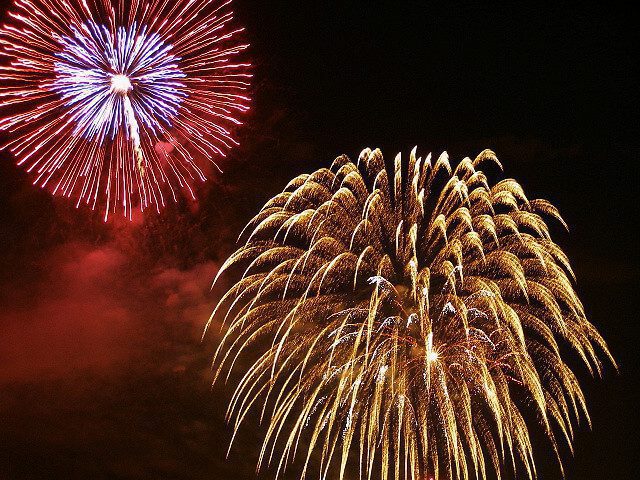 A Patriot’s Guide to The Best 4th of July Ever

It’s that time again… … time to raise your flags, slap some meat on the grill and celebrate our independence in style. But – like graduations, weddings and funerals – there are traditions to be observed. And what American holiday is more traditional than Independence Day? Traditions are important. Think back to your childhood – remember the smells of a summer cookout? The sight of fireworks blazing across the sky? These are traditions must be kept alive, and passed on to future generations. So in that spirit, here are seven  traditional ways to make this your best 4th of July ever:

According to the Flag Code – yes, there is such a thing – the U.S. flag should only be flown from sunrise to sundown. If you do plan on letting your flag fly through the evening, keep it well lit (the Flag Code is very specific on this one). Also, make sure the flag is erected horizontally (not diagonally as many people do).

Sure, national parades are fun to watch on TV, but local parades always seemed more patriotic to me. Especially when you watch Cub Scouts and veterans – two opposite ends of the spectrum – marching together. This was always one my favorite parts of 4th of July, and it remains so to this day.

#3. Invite your neighbors over for a block party.

Whatever happened to block parties? They used to be a standard in any neighborhood – nowadays, it’s practically a foreign concept. Here’s an idea: go around your neighborhood and personally invite your neighbors over. Ask them to bring whatever they like – BBQ, beer, salads, meat, etc. – and help you celebrate in style. This was an American tradition for decades… and it’s time to bring it back!

If there’s one tradition you must follow, it’s setting up a BBQ (which, incidentally, goes great for a block party). And what better time to show off your fancy new grill than Independence Day? Another must-have item for summer BBQs is a beverage tub to hold all your drinks. This one in particular also doubles as a firepit, which can extend your afternoon BBQ into an evening campfire. If you’re new to grilling, check out the following guides: Guide to Grilling How to Make the Best Burger Grilling for Vegetarians

Fireworks have been an integral part of Independence Day from the very beginning.  In July of 1777 – the first celebration of the 4th of July – the Virginia Gazette reported: “The evening was closed with the ringing of bells, and at night there was a grand exhibition of fireworks, which began and concluded with thirteen rockets on the commons, and the city was beautifully illuminated. Every thing was conducted with the greatest order and decorum, and the face of joy and gladness was universal. Thus may the 4th of July, that glorious and ever memorable day, be celebrated through America…” So as you can see, it’s your patriotic duty to set off fireworks. Or watch the pros. Or both. I used to stock up on sparklers, spinners and fountains for the 4th of July – then head out to watch the professional show.

#6. Go see a summer blockbuster with your family.

Not sure how this started, but a lot of big-time movies (including the aptly named “Independence Day”) are released on the 4th of July. It’s one of the few times I actually enjoy sitting in a crowded theater, chomping down overpriced popcorn and gallon jugs of soda.  Call me sentimental.

This was always one of my favorite parts. Meet up with your friends for a game of football (can’t get more traditional than that, right?) or play baseball for a few hours. Parks are also a great way to celebrate a block party – especially because it won’t trash your house! These seven celebrations are traditional (and awesome) ways to celebrate the 4th of July. What are your favorite memories of past holidays? Let us know in the comments below!