Super Bowl XLVII is now officially less than two weeks away, and that means it’s time to put your game face on. Whether you’re in it for the game, the food, or the commercials, here are 3 tips for throwing a SUPER Super Bowl party.

You don’t need to major in calculus or glue yourself to ESPN for the next two weeks to impress your friends with some fun Super Bowl stats. They will come for the game and leave talking about your wealth of Super Bowl knowledge.

Who’s playing: The San Francisco 49ers and the Baltimore Ravens

Who’s preforming in the halftime show: Beyonce (with a reunion of Destiny’s Child)

Fun Football Fact: This year’s Super Bowl will feature head-coach brothers Jim and John Harbaugh, who are the first pair of sibling head coaches rivaling each other in the Super Bowl in NFL history.

–The most shared Super Bowl ad of all time was in 2011. VW’s ad, The Force. Watch it here: The Force VW Commercial 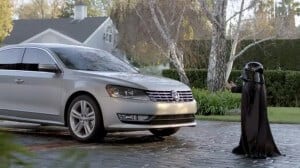 The best Super Bowl parties are all about appetizers, so bring on the wings, chips, dip, and dessert! Here are two favorite appetizer recipes that are easy to make and that your guests will love.

a) Pigs in a Blanket. It’s hard to find someone who doesn’t like these delicious dogs. Get the recipe here. 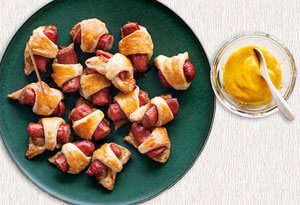 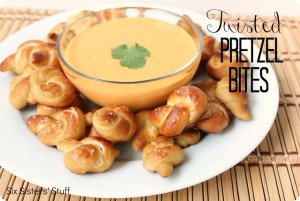 Find even more food ideas on our Super Bowl Food Pinterest board.

And check out HomeWetBar.com for the best kitchen, grilling, and drinking accessories.

We complain about commercials for 99.9% of the year, but when the Super Bowl comes around, we take our bathroom breaks during the game and save our viewing time for the commercials. So make sure and have some fun with it by planning some group games.

a) Commercial BINGO. Generate your own BINGO cards at this website with slots for different commercials you might see from the 2013 ad list. Make sure you have a prize for the winner!

b) Quiz your friends with a Super Bowl trivia game. Test yourself with this online version and get more question ideas here.

The Super Bowl is a great way to kick off the new year with good entertainment and good friends, so start prepping now for game day!