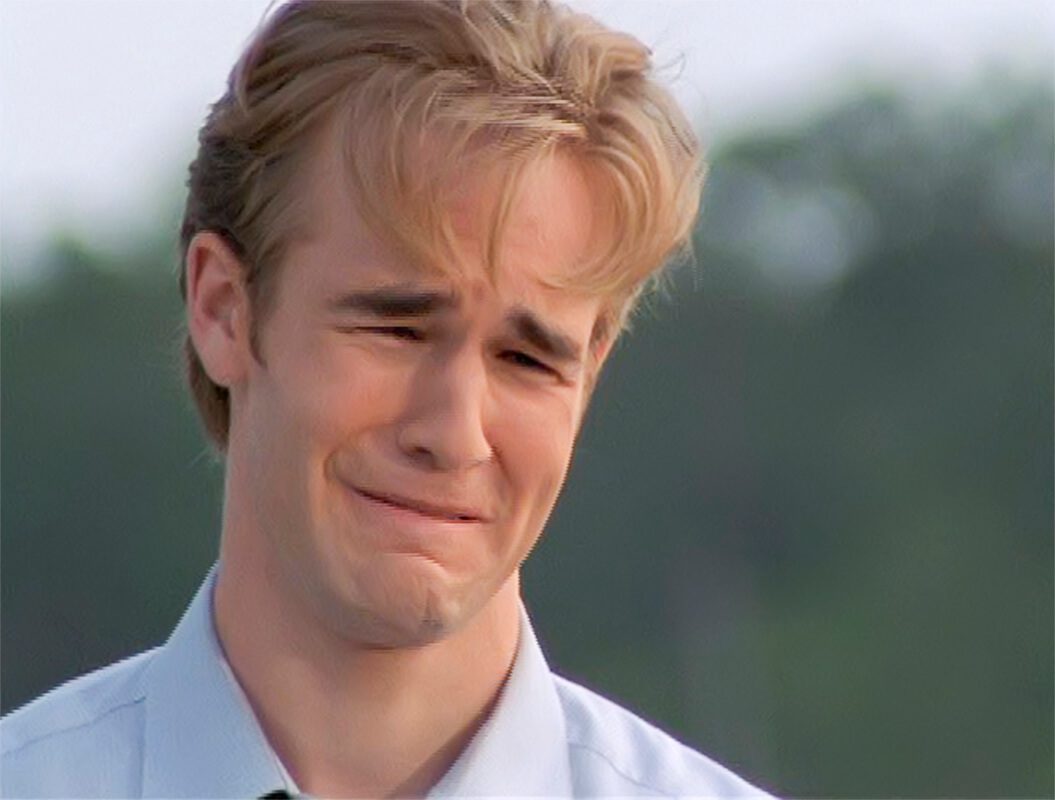 Let’s face it. The days when it was taboo for men to cry at movies are gone. It’s practically a sign of true manliness when a guy is moved to tears by a touching, epic story. Theaters are filled with sad action movies, intentionally made to be good crying movies. Two of the biggest blockbuster hopefuls being released this summer, Edge of Tomorrow and Jupiter Ascending, are basically chick flicks for guys. Not that there’s anything wrong with that.

There are several reasons a guy might be up for a good cry. He and his girlfriend got into a fight and she stormed out. He’s away on business and misses his mom. He’s out on a Match.com date and the girl said she liked sensitive guys in her profile. All very valid reasons to turn to movies that will make you cry. Here, we’ve gone to great lengths to assemble a list of 17 movies that make men cry, and are suitable for a variety of tastes and occasions. 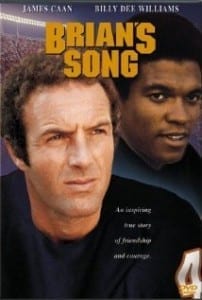 Based on the real-life friendship between Chicago Bears running backs Gale Sayers and Brian Piccolo, Brian’s Song got guys watching because it was about “Daaaa Bears” and football, but it was much more than that. Starring Billy Dee Williams as Sayers and James Caan as Piccolo, this movie explores a friendship that overcame competition, prejudice, and disease. Sayers, after learning that Piccolo has developed terminal cancer, gives a speech at an awards banquet and says, “I love Brian Piccolo. And I’d like all of you to love him too. And so tonight, when you hit your knees, please ask God to love him.” That line induced tears within even men with the toughest facade. 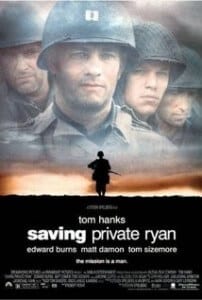 The first of several movies on this list that involve super-masculine softy Tom Hanks, Saving Private Ryan follows a squad of U.S. soldiers as they go behind enemy lines to save a paratrooper whose brothers were killed in battle. Winner of 5 Academy Awards, stories involving troops at war are notorious tear-jerkers. Combined with a tragic loss of family, this movie is incredibly moving as well. 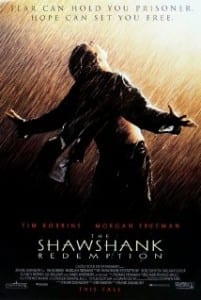 Andy & Red, played by Tim Robbins and Morgan Freeman, are two prison inmates who join forces to go on an incredible journey, even while incarcerated. The moment that always gets me is when Andy gives Red the harmonica. Unlikely friendship and folk music are a beautiful duo. 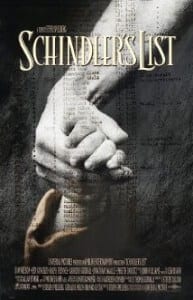 Sometimes knowing that a story is true makes it even more poignant on the screen. Based on a real businessman, Oskar Schindler, Liam Neeson saves over 1000 people from the gas chambers during the Holocaust. The tale of such bravery demands that the viewer be moved. 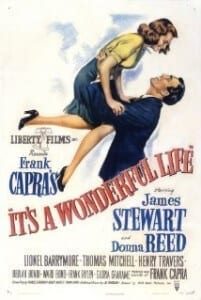 Angels! Christmas! Donna Reed! Life is truly wonderful, and this movie is a great reminder to count your blessings. Oh, and little kids saying adorable things will really tug at your heartstrings. 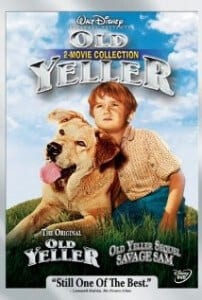 You saw this one coming, right? This is one of the few multi-generational movies that make men cry. Old Yeller is a true classic, and beautifully depicts a relationship that is always hard to define: a man and his dog. I’m always on the edge of my seat when little Arliss starts feeding cornbread to that bear, but when that puppy steals that meat at the end, just like his daddy, I totally fall apart. 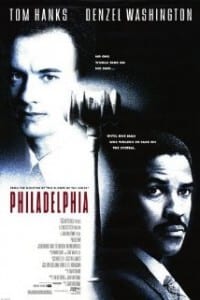 Tom Hanks again! This time, he’s a man living with AIDS who is fired from his job because of it. He hires Denzel Washington to be his attorney in a lawsuit against his former employer, and the two leans plenty of life lessons along the way. Extremely sad and heartwarming at the same time. Double whammy! 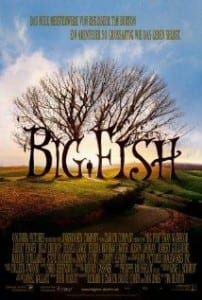 A cranky Dad who exaggerates everything, and his hard headed son learn about life and each other through a series of wacky characters, flashbacks, and shape-shifting. You’ll either cry because of the father/son bond, or because you’re full of frustration at the confusing plot devices. Either way. 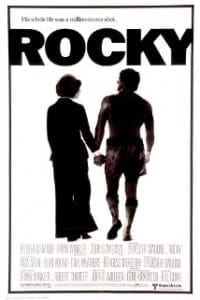 Sly Stalone has given himself the character of Rocky Balboa, a bone-headed, eager to please fighter with a heart of, eh, gold I suppose. If not a heart of gold, he definitely owns some gold chains. Anyway, there’s six Rocky movies, and all of them have some eye watering moments. Your best bet, though, is the original. When Burgess Meredith as the trainer, Mickey, says “You’re gonna eat lightnin’ and you’re gonna crap thunder!” it will make you want to reassess your place in life, or at least give yourself a good talking to. 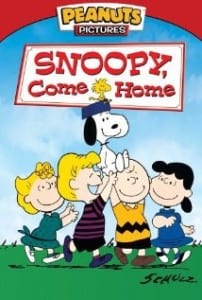 Why Charles Schultz thought it was okay to make us think Snoopy was going to leave the Peanuts gang is beyond me. It’s a pretty cruel trick. In the end, though, Snoopy Come Home is a beautiful story of friendship, appreciating what you’ve got before it’s gone, and of course, a man and his dog. 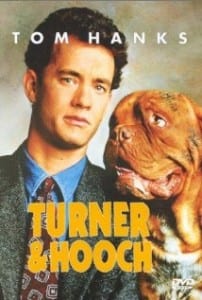 More Tom Hanks, this time with a dog. This movie is kind of a forgotten classic, and a great choice for the aforementioned Match.com dates. When she cuddles up to you about 45 minutes in, take the opportunity to put on you best puppy dog face. When the tears start pouring, try not to slobber. That’s only cool for dogs. 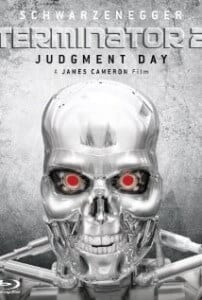 It’s a story as old as time: boy meets killer cyborg from the future; cyborg tries to kill boy; and boy’s future self reprograms cyborg to protect his past self. Ok – so Terminator 2 isn’t your typical tear-jerker, but a father-son bond grows between John Connor and the Terminator throughout the course of T2. At the end when the Terminator lowers itself into the pool of molten steel to save John (past and present) – admit it – you choked back tears. 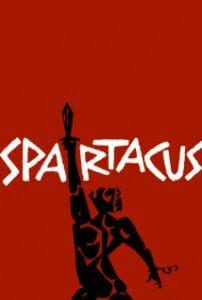 A lot of people haven’t seen this one, because Kubrick didn’t accept it into his official list of masterworks, but this Spartacus is epic. Starring Kirk Douglas as the rebellious slave in the title, over 10,000 people appear in the movie based on the legendary tale. Although there are many great moments, pay close attention to the final scene. I won’t ruin it for you, I mean, Spartacus dies, obviously, but I will say this: Tears. Will. Flow.

Come on. You’d have to have a heart of stone to not tear up at this: 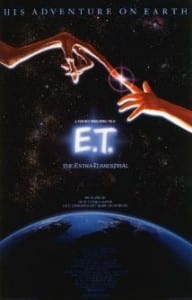 A post-modern take on the “man and his dog” tale, E.T. brings out the tears with a hyper-sympathetic, misunderstood kid, and a never-been-that-adorable-again Drew Barrymore. I still get misty eyed when I see a bicycle with a basket on the front. 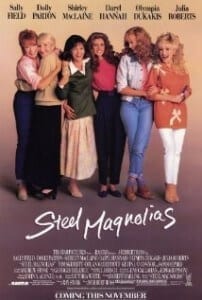 Known primarily as a chick flick, Steel Magnolias is actually a roller coaster of emotions. Right when they’ve filled you with sorrow after the funeral, Sally Field almost hits Shirley MacLaine! Laughter mixed with tears is like eating two desserts: super satisfying. As an added bonus, Dolly Parton is in it. 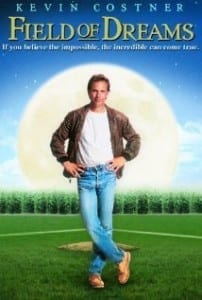 Of all the movies that make men cry, this one brings out the most tears from happiness. Kevin Costner starts hearing voices, and destroys his only source of income to build a baseball field, and it doesn’t all end terribly! Some might say he even protected himself from future high fructose corn syrup boycotts. This movie is actually very cool, even if you don’t like baseball, and when ghosts start lining up at home plate, get out the tissue!